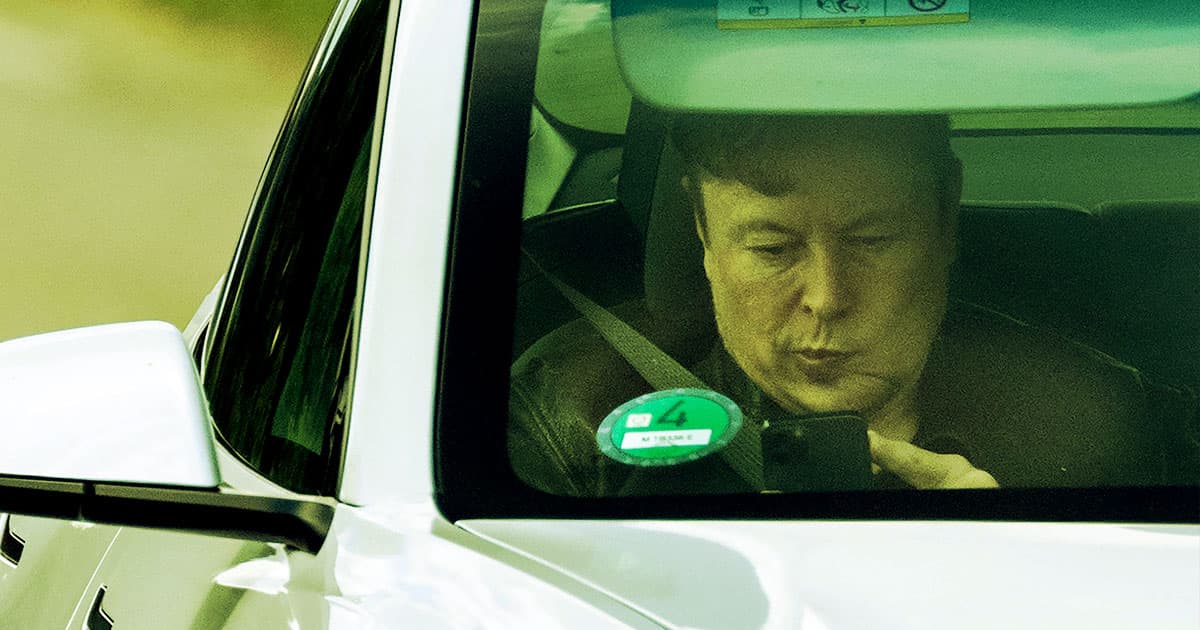 Wait... the subtext here might be a little dark.

Wait... the subtext here might be a little dark.

Elon Musk might be meming again, but he's taken a decidedly different tone.

"You are my favorite hello," the SpaceX and Tesla CEO tweeted this morning. "And my hardest goodbye."

On first blush, the tweet seems like it might be about heartbreak — which, given that he apparently has a new way-younger girlfriend, is interesting, to say the least. Because seriously, would the world's richest man really be subtweeting his electronic music artist baby mama?

With notable exceptions, Grimestweeting doesn't really seem to be Musk's style, so other avenues must be explored. A quick Google perusal regarding this sentimental phrase reveals that it's generally associated with customizable memorabilia that feature the quote with a photo of a beloved pet who has "crossed the rainbow bridge."

PS, I Love You

The phrase, significantly, was also the text of the love note in Irish tearjerker novel-turned-film "P.S. I Love You" by author Cecilia Ahern (Ahern didn't reply to a request for comment).

Most often, though, the text is seen in "Live, Laugh, Love" typeface and accompanied by photos of dead pets, which lends an even more confusing tone to Musk's vaguepost. It raises the inevitable question: did something happen to Floki, Musk's adorable Shiba Inu pup?

As of press time, it does not appear that Floki has permanently traveled to that big dog park in the sky. But that doesn't mean that the cryptic tweet couldn't be about another pet. A few years before he got Floki, Musk tweeted, in response to a Tesla shitpost about dogs preferring Teslas, that he has two dogs and a cat. Indeed, a few years back, Dog Whisperer Cesar Milan even met the OG Musk pups, named Gatsby and Marvin.

Obviously, we can't know for sure what the subject of this vaguepost is, because Musk seems incapable of tweeting like a normal person — not to mention that his dumb tweets have in the past gotten the SEC on his ass. Any normal celebrity would probably post a photo of their pet and something sweet and cute to publicly mourn their loss, but for the richest man in the world, vaguely sad memes may have to do it.

More Elon memes: The Internet Is Losing Its Mind Over a Photo of Elon Musk Eating a Huge Potato Spiral