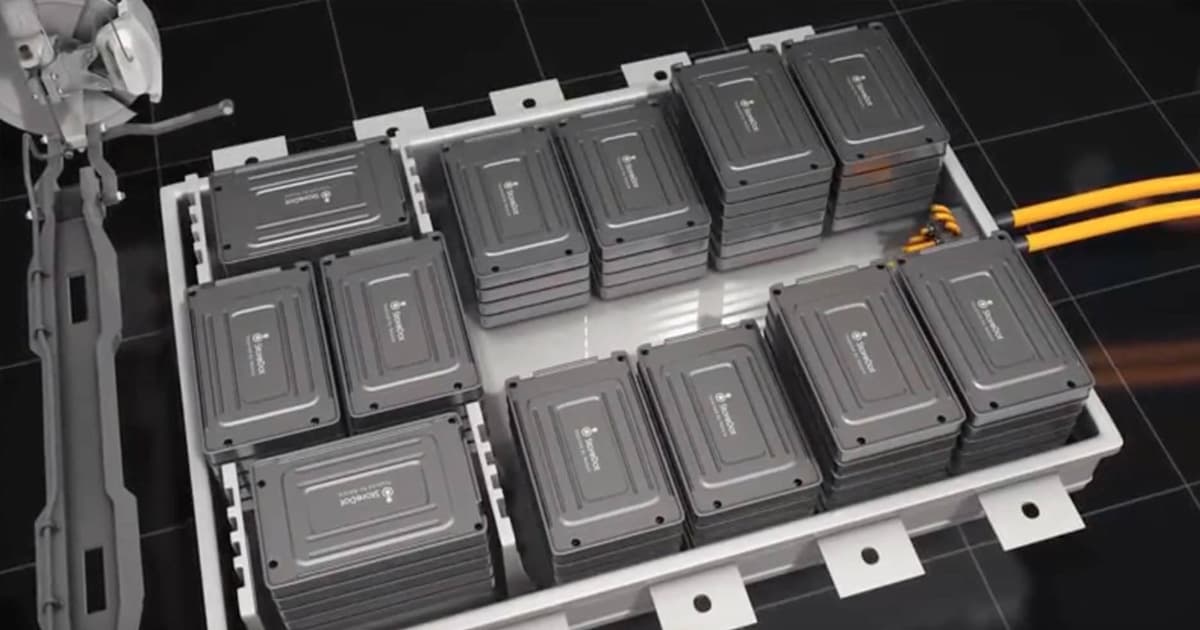 A factory in China has manufactured a car battery that can be charged completely in just five minutes, The Guardian reports.

The batteries were developed by Israeli company StoreDot and built by Chinese manufacturer Eve Energy.

There is one big catch, however: While the batteries can technically be fully charged in just five minutes, electric car chargers currently in use today wouldn't be powerful enough to juice them up in that amount of time.

Next generation chargers, however, could unlock their potential — if we bite the bullet on a costly and widespread infrastructure buildout.

Tesla has spearheaded efforts to develop a network of fast chargers capable of charging at faster rates than competing chargers. Catching up will require significant amounts of investment, but the Guardian reports that StoreDot is already working with oil and gas company BP to upgrade its 18,200 gas stations to include fast chargers over the next decade.

"The number one barrier to the adoption of electric vehicles is no longer cost, it is range anxiety," StoreDot CEO Doron Myersdorf told the British newspaper. "You’re either afraid that you’re going to get stuck on the highway or you’re going to need to sit in a charging station for two hours. But if the experience of the driver is exactly like fueling [a gasoline-powered car], this whole anxiety goes away."

The batteries use semiconductor nanoparticles rather than graphite to allow ions to pass back and forth more quickly. To bring the cost of these electrodes down to those used in existing lithium ion batteries, StoreDot plans to build these semiconductors out of silicon.

Durability could be a concern. According to Myersdorf, the batteries only maintain 80 percent capacity after 1,000 charge cycles.