The coolest EVs won't win people over if there's no place to charge them. 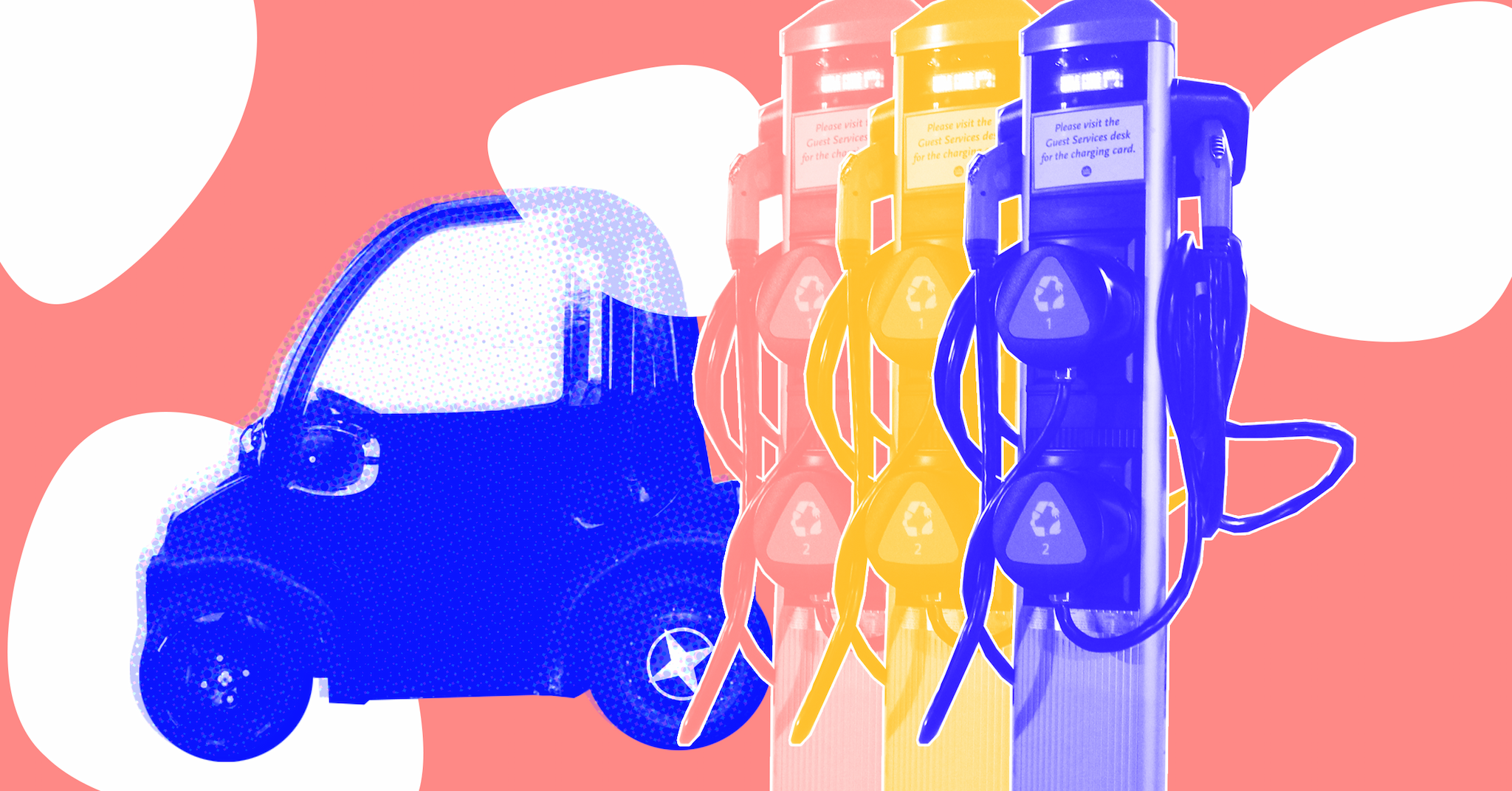 We may soon be in the era of the electric car.

Today, they're around of course, but they're not yet ubiquitous. That may soon change, Bloomberg New Energy Finance predicts — by 2025, some EV models could cost less than their gas-guzzling competitors.

The biggest reason? Lithium-ion batteries, a key component of tomorrow's electric cars, are getting cheaper. Analysts suspect that is enough to make the price of electric cars go way, way down.

But let's not get ahead of ourselves — the global electric car revolution is coming, but its timeline may not be speeding up so much. And there are a bunch of practical reasons why.

First, the researchers caution that for the price of electric cars to dip lower than that of petroleum cars, the cost of the battery pack needs to keep going down, even though the price of lithium and other components may increase in the future. Granted, a price drop may still be possible if they're mass produced. China, for example, is racing to become a leader in EV manufacturing

China's pushing EV adoption, too, going as far as suggesting a ban on oil-guzzling cars "in the near future," according to CityLab. France and the United Kingdom also announced they will ban gasoline cars by 2040, a sign of their commitment to alternative forms of transportation.

But ultimately, if electric cars are to really take off, countries will need a charging network big and efficient enough to actually work. When cars first became popular, gas stations started popped up, first in cities, then in smaller towns, eventually reaching even the most remote rural settlements. This spread was haphazard and over a long period of time, but today's drivers know that wherever they go, they are almost certainly not going to run out of fuel.

The same can't be said for electric cars. At least, not yet.

Numbers-wise, China is way ahead, with around 150,000 public charging points already; the U.S. has around 16,000. While China's numbers may seem impressive, “I don’t think there are more than a couple dozen publicly available charging stations in any city,” Sabrina Howell, a New York University finance expert, told CityLab.

Beijing plans to boost its network of charging stations to meet the demands of 5 million electric cars by 2020, but experts say that simply upping the numbers is not enough. For example, charging several EVs at the same time may cause brownouts if there's not enough voltage in supply. Souping up the existing electric networks to make room for charging points would likely cost a fortune, studies found.

"I don't get a sense that China has thought through the charging issue, and the economics of it,” said Henry Lee, the director of the Environment and Natural Resources Program at Harvard University, speaking with City Lab, “Nor do I think that they have a business plan for it."

When you think about it, putting charging points where drivers will need them most really doesn't seem all that hard. After all, we equipped the world with gas stations without a business plan or a strategy at all.

But — but — it took a very long time to get there. As climate change threatens the way of life of billions of people around the globe, we don't have that same luxury.

Even the coolest, cheapest electric model won't win people over if they don't know where to charge it.

Read This Next
Fiery Furnaces
Firefighters Struggle as Junkyard Tesla Bursts Into Flames Weeks After Crash
Car Pile Up
Tesla Is Absolutely Spraying Out Cars
Sun Power
Startup Says Its Solar Upgrade for Teslas Adds 60 Miles in Range per Day
No Parking
Condo Association Bans EVs From Parking in Garage, Saying They Pose Fire Risk
Real American eMuscle
Dodge Says It's Only Making an Electric Car Because the Performance Is So Good
More on Advanced Transport
Kapow
Feb 3 on the byte
Self-Driving Car Plowed Into Active Fire Scene, Forcing Firefighters to Smash Its Window
Netflix and Drive
Jan 30 on futurism
Mercedes Claims to Have Achieved Level 3 Automation, Beating Tesla
Battery Trouble
Jan 30 on the byte
Tesla "Spontaneously" Bursts Into Flames While Driving Down Freeway
READ MORE STORIES ABOUT / Advanced Transport
Keep up.
Subscribe to our daily newsletter to keep in touch with the subjects shaping our future.
+Social+Newsletter
TopicsAbout UsContact Us
Copyright ©, Camden Media Inc All Rights Reserved. See our User Agreement, Privacy Policy and Data Use Policy. The material on this site may not be reproduced, distributed, transmitted, cached or otherwise used, except with prior written permission of Futurism. Articles may contain affiliate links which enable us to share in the revenue of any purchases made.
Fonts by Typekit and Monotype.