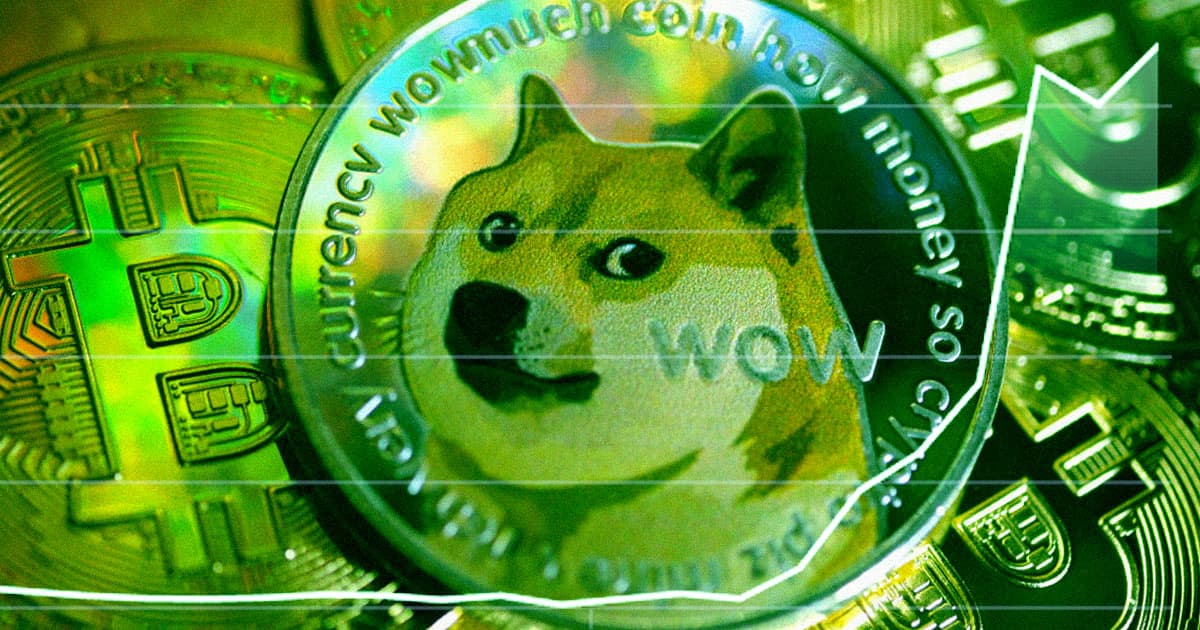 Dogecoin Surges in Value as Elon Musk Takes Over Twitter

Funny how that works.

Funny how that works.

Dogecoin and related meme coins favored by Elon Musk have seen huge gains over the weekend after the mercurial entrepreneur added Twitter to his portfolio.

Per analyses from the CryptoMarketCap firm, Dogecoin — you know, the only cryptocurrency Musk actually likes — has seen an appreciable 110 percent jump over the last week, and as the Decrypt crypto blog notes, its value has doubled in the month of October, with the bulk of its rising valuation around Halloween weekend and the Twitter takeover.

Beyond the Dogecoin gains, however, other doge meme coins have been barking a new tune as well.

The Shiba Inu clone coin has seen gains of up to 23 percent over the last week, CoinMarketCap's analysis noted, and curious investors are questioning whether it could be "the next Dogecoin."

While much of the internet is veritably freaked at Musk now running Twitter, the large Venn Diagram cross-section of crypto bros and Musk stans are positively elated — and some are even making bold predictions about these meme coins' futures on the social network.

"Now that Twitter is in the hands of @elonmusk I can see a real possibility that doge will somehow merge with the platform," Charles Hoskinson, one of the co-founders of Ethereum, tweeted. He went on to say that he'd be willing to put Dogecoin up on Cardano, his current blockchain project, for free.

While lots of Dogecoin investors are surely pleased at how much money they've made, not all Doge fans are Musk fans, as evidenced by the racketeering lawsuit a group of them filed in September against the now-Twitter CEO, alleging that he had artificially inflated the price of the coin only to later drop it. Dogecoin cofounder Jackson Palmer, it should be noted, is also not a fan.

Given Dogecoin's history with Musk, it'll likely be only a matter of time until its value falls again — but there's a lot that can happen between now and when the Twitter dust settles, too.

Crypto Cash Out
Tesla Sells Off Most of Its Bitcoin, at a Huge Loss
7. 21. 22
Read More
Crikey!
Dogecoin Cocreator Slams Elon Musk as a "Grifter"
5. 31. 22
Read More
Right Clicker Musktality
Famous NFT Hater Elon Musk Changes Profile Picture to Stolen Apes
5. 4. 22
Read More
+Social+Newsletter
TopicsAbout UsContact Us
Copyright ©, Camden Media Inc All Rights Reserved. See our User Agreement, Privacy Policy and Data Use Policy. The material on this site may not be reproduced, distributed, transmitted, cached or otherwise used, except with prior written permission of Futurism. Articles may contain affiliate links which enable us to share in the revenue of any purchases made.
Fonts by Typekit and Monotype.