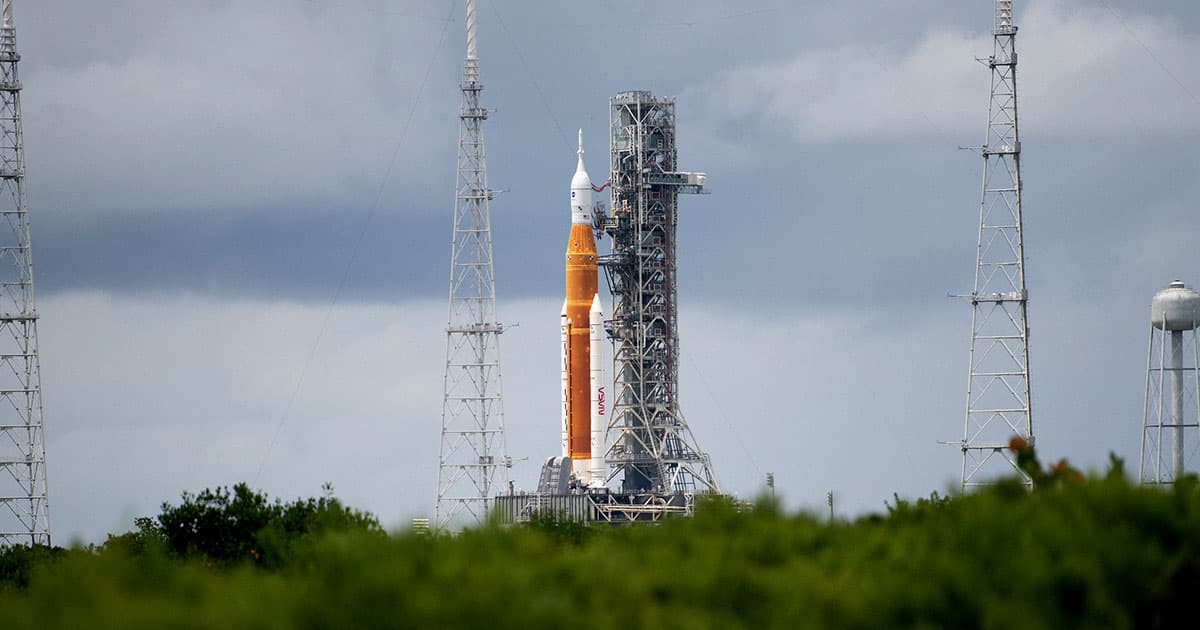 Well, this sure is awkward.

Well, this sure is awkward.

China wasted no time criticizing NASA — and its administrator, Bill Nelson — after the US space agency's uber-expensive and massively overdue Moon rocket failed to launch.

In the state-run, English-language Global Times English-language news website, the country's dominant communist party slammed Nelson, who in turn had criticized China in an NBC News interview broadcast just a day before the first Space Launch Systems (SLS) rocket test was scrubbed due to a reported engine issue.

"[The Chinese] have gotten a lot of the technology from everybody else, and as a result, they're very good," Nelson said, echoing his claim in May that China's space program is "good at stealing" from the US and other countries. Though he hasn't elaborated much on the claim, there is some evidence to back him up, given that in 2019, a years-long undercover Homeland Security mission caught a Chinese national allegedly trying to steal sensitive missile and spacecraft components out of the US.

The Global Times reported that a senior Chinese aerospace expert, who the news outlet said spoke on condition of anonymity, called the NASA administrator's remarks inflammatory, malicious, and ill-intentioned.

"Since the dawn of the age of human exploration of space, no country has ever claimed some of the resources of outer space," the expert purportedly told the Global Times, "especially when there's regulation from UN framework convention on cooperation in outer space."

This is far from the first time Nelson and China have sparred. In early July, the NASA administrator accused China of trying to "steal the Moon" in an interview with Germany's Bild newspaper. Unsurprisingly, Chinese space representatives hit back.

"The US side has constantly constructed a smear campaign against China's normal and reasonable outer space endeavors, and China firmly opposes such irresponsible remarks," Zhao Lijian, a Chinese foreign ministry spokesman, said during a press conference after Nelson's comments were printed.

Nelson's disdain for China is well-documented, and the feeling is clearly mutual. Perhaps next time he wants to blast the United States' space race rival, however, he'll have the story printed at a less awkward time.

More on the SLS: How NASA Got Price Gouged on the SLS, According to Its Former Second-in-Command