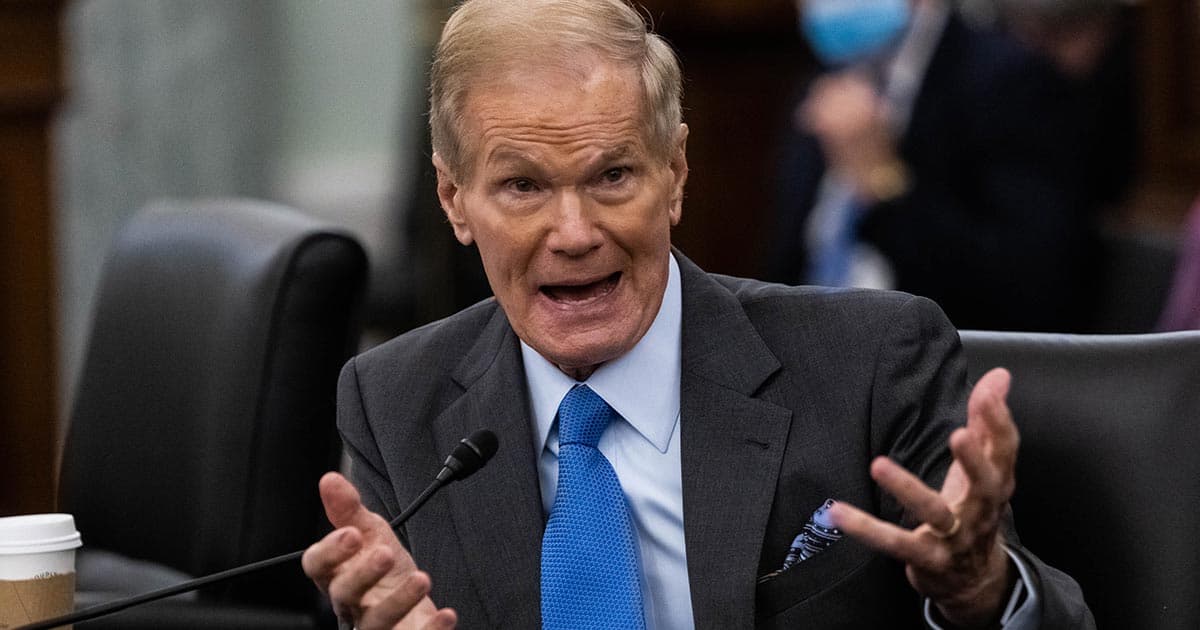 Head of NASA Accuses China of Being "Good at Stealing"

In a candid moment during an otherwise dull Congressional budget hearing, the administrator of NASA said very plainly how he feels about the way China "steals" spacecraft designs from the American public and private sectors.

During the House Appropriations Committee hearing, Alabama representative Robert Aderholt asked NASA boss Bill Nelson what the agency is "doing to secure American research and development" given, as he said, the "jarring similarities" between Chinese space vehicle designs and American ones.

Nelson appeared to laugh, in a response flagged by space reporter Marcia Smith, and said that Aderholt spoke much more "delicately" and "eloquently" than he felt he could about the situation.

"Yeah, they're pretty good at stealing," the NASA administrator said, "and I think that's incumbent upon us to take cybersecurity very, very seriously."

Nelson added that during his time in the Senate, he'd been "shouting this message to the rooftops not only with regard to the government but private sector as well," and that "the private sector is finally getting the message."

In the same exchange, the NASA head acknowledged that the US and China are in a "space race" that bears similarities to the one between the US and the USSR.

Later in the hearing, Nelson insisted that the agency's Artemis lunar mission was going to launch around August of this year. That was another surprising admission, because NASA has previously said it wasn't going to put a date on the launch until after its "wet dress rehearsal" later this summer.

All told, it seems Nelson was full of surprises during this otherwise dry Tuesday morning hearing. Who says space is boring?

More on the US-China space race: US Intel Chief: Chinese Space Station is a Threat to National Security