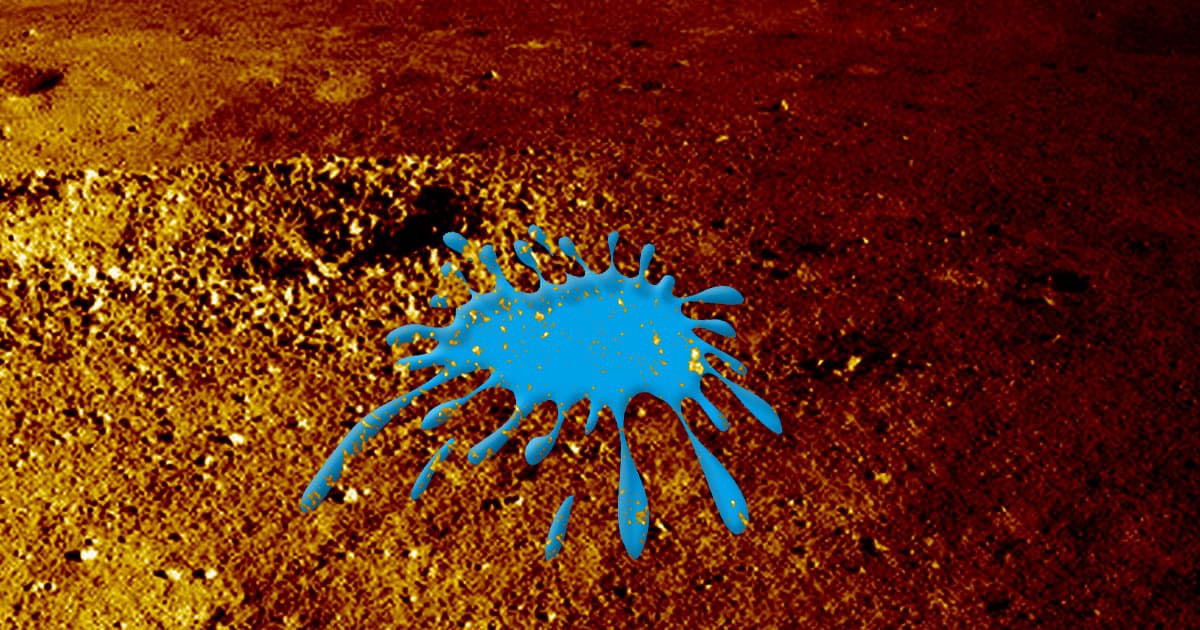 Did somebody goo the Moon?

Did somebody goo the Moon?

China claims its Yutu-2 lunar rover has stumbled upon an unusually colored "gel-like" substance on the bottom of an impact crater on the far side of the Moon — and they have no idea what it is.

The Chinese space agency has remained vague about the nature of what its rover found, referring to it as a "colored mysterious substance" in the rover's diary as translated by Google. Its shape "shape and color is significantly different from the surrounding lunar soil," according to the diary.

Our best guess as to what it might be: a type of glass material that formed as a result of the heat caused by the meteor impact itself. It remains unclear if the substance has any gel-like properties or is rather a solid object with a reflective surface.

Yutu-2, or "jade rabbit" in Mandarin, had to shut down its systems and take a nap after the discovery.

The rover set off on its journey across the mysterious surface of the far side of the Moon — the less-studied, mountainous half that faces away from the Earth — on January 4 after being dropped off by lander Chang'e-4.

The rover also carried with it the first plant ever grown on another world. Unfortunately the plant has since died.

READ MORE: China's Lunar Rover Has Found Something Weird on the Far Side of the Moon [Space.com]

More on Yutu-2: Bad News: That Moon Plant Everybody Was Talking About Is Dead

Whack-an-Alien
Chinese Scientists Say They May Have Detected Signal From Extraterrestrial Intelligence, But Probably Not
6. 14. 22
Read More
Make It Rain
Scientists Say They Caught China Successfully Changing the Weather
12. 6. 21
Read More
Dusty Wasteland
Chinese Rover Discovers It's Sitting on 39 Feet of Moon Dust
2. 27. 20
Read More
+Social+Newsletter
TopicsAbout UsContact Us
Copyright ©, Camden Media Inc All Rights Reserved. See our User Agreement, Privacy Policy and Data Use Policy. The material on this site may not be reproduced, distributed, transmitted, cached or otherwise used, except with prior written permission of Futurism. Articles may contain affiliate links which enable us to share in the revenue of any purchases made.
Fonts by Typekit and Monotype.