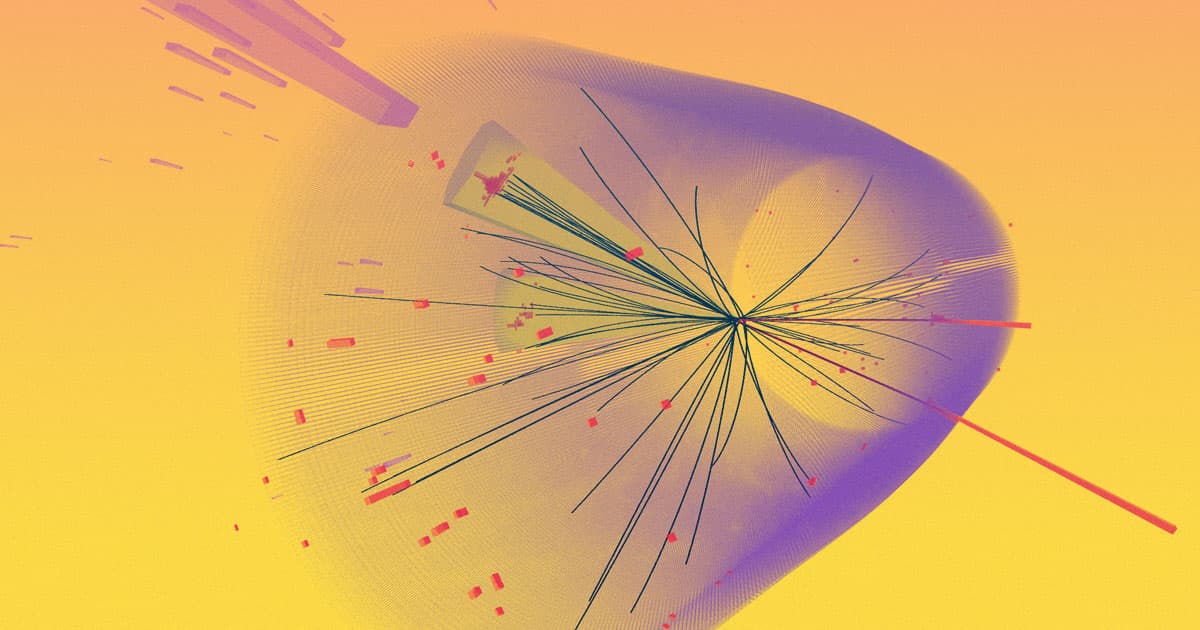 CERN Says the Higgs Boson Did Something Unexpected

Scientists at CERN just saw the Higgs boson do something odd — as it decayed, it appeared to break down into an unexpected combination of particles.

This is the first time that they saw the Higgs boson — the particle believed to grant mass to other elementary particles ­— break down into a pair of muons, according to research shared this week at a high energy physics conference. The discovery further reinforces the Standard Model of physics, which has long been challenged by new particle discoveries.

One of the best ways for physicists to study the Higgs boson is to observe how it dies. Typically, they've seen it decay into comparatively-heavy particles, but muons are far lighter and interact less with the field given off by the Higgs boson.

"[Our CERN team] is proud to have achieved this sensitivity to the decay of Higgs bosons to muons, and to show the first experimental evidence for this process," CERN spokesperson Roberto Carlin said in a press release.

"The Higgs boson seems to interact also with second-generation particles in agreement with the prediction of the Standard Model, a result that will be further refined with the data we expect to collect in the next run," Carlin said.

More on the Higgs boson: CERN Scientist on What Physicists Have Left to Discover After Higgs Boson