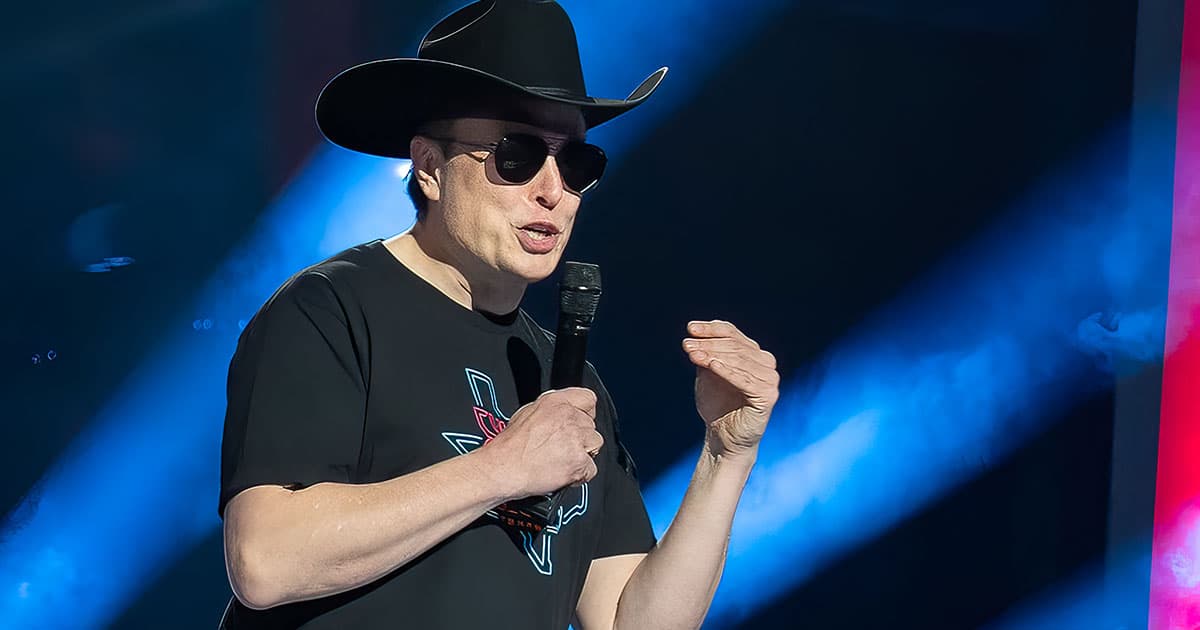 "His personality is absolutely tanking the Tesla brand. I'm looking forward to having an Elon-free existence."

"His personality is absolutely tanking the Tesla brand. I'm looking forward to having an Elon-free existence."

It's not just Tesla investors who are at their wit's end with CEO Elon Musk, who has been making a huge mess of his Twitter takeover.

Even the company's customers are becoming wary of association with the embattled billionaire, as CNET reports, by opting for a competitor or canceling their orders.

"His personality is absolutely tanking the Tesla brand," a biotech exec whose Model S lease is almost up told CNET. "I'm looking forward to having an Elon-free existence."

The report highlights the degree to which Musk's antics — which have involved making blatantly transphobic comments, spreading misinformation, and banning journalists for breaking vague and quickly reversed new policies — are having a real-world effect on Tesla's reputation.

"I don't want to support a company or anyone who acts that way," another Model 3 lessee, who cancelled his order for a new Tesla, told the publication.

Where this kind of tarnishing of a once revered brand leaves the company remains to be seen. Musk has a lot of damage control to do in the coming weeks or months as he looks for a CEO to take over operations at Twitter.

Tesla's shares are in the gutter, after having dropped well over 60 percent since the beginning of the year. Investors are furious at Musk for abandoning the company during a time of crisis.

To be clear, this is likely far from the end for Tesla. The company still has a healthy head start over its competition in the EV space.

But the cracks are starting to show — and Musk's inscrutable behavior isn't going by unnoticed this time.