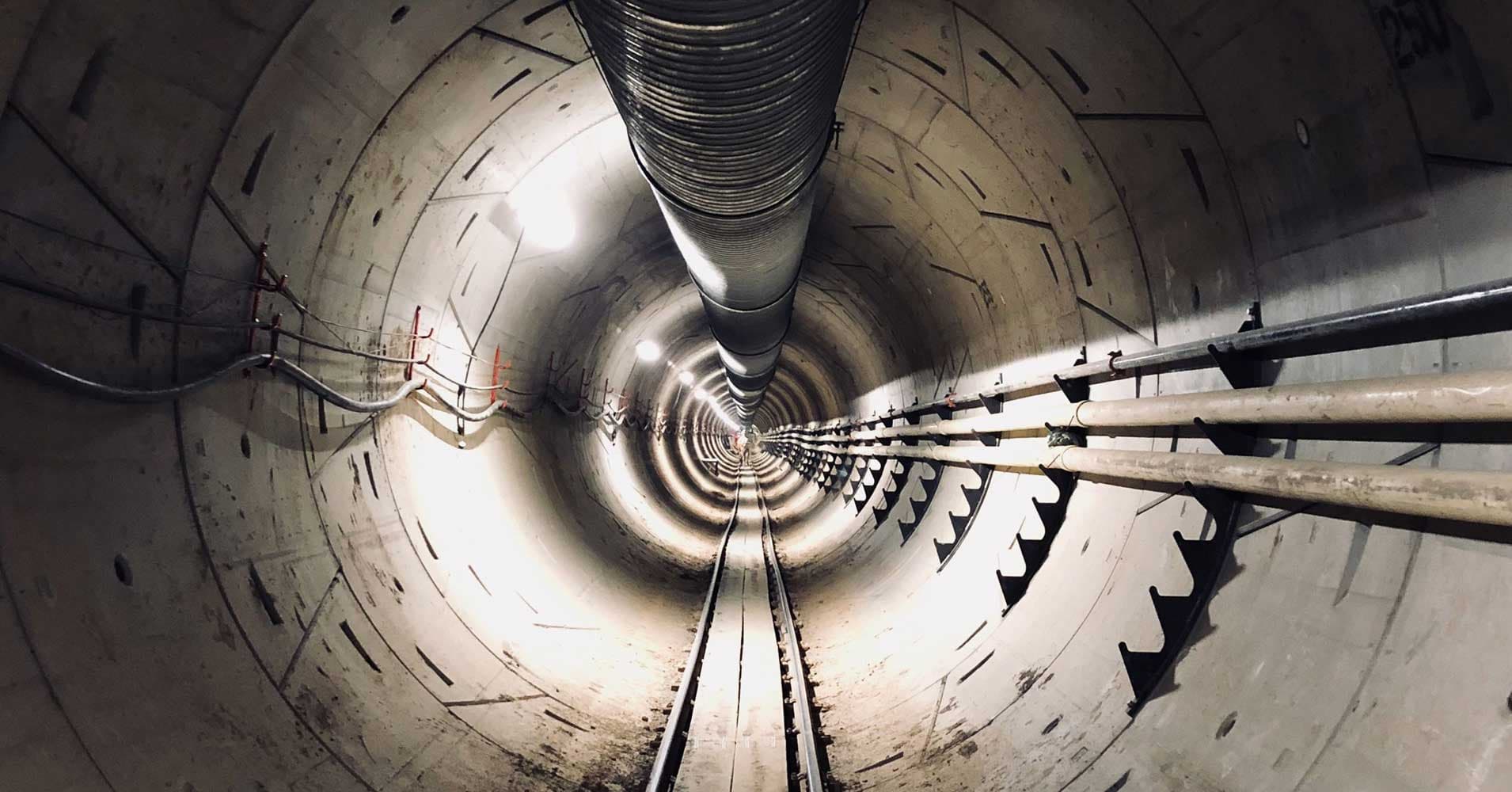 Take a Virtual Ride Through the Boring Company’s First Tunnel

You don’t have to wait until next month to get a sneak peak inside the Boring Company’s first tunnel.

On October 21, Elon Musk tweeted that construction on his company’s two-mile-long test tunnel in Hawthorne, CA, was nearing completion. He claimed the Boring Company would host an opening party for the tunnel on December 10, at which time the public would get a chance to take free rides through it.

This weekend, Musk confirmed via Twitter that the December 10 date was still a go — and shared a remarkable time-lapse video of a tunnel walkthrough.

Be forewarned that the below clip is pretty hypnotic. We’re not doctors, but if you’re prone to seizures, you might want to skip watching this one.

In his tweet Musk called the tunnel “disturbingly long,” but the two miles it covers might eventually seem like a short jaunt. After all, the ultimate plan is a network comprising hundreds of layers of tunnels dug out below the greater Los Angeles area.

This test tunnel is just the start of that vision, and if watching the walkthrough makes you want to experience the tunnel firsthand, just make sure you’re in the Hawthorne area on December 10.