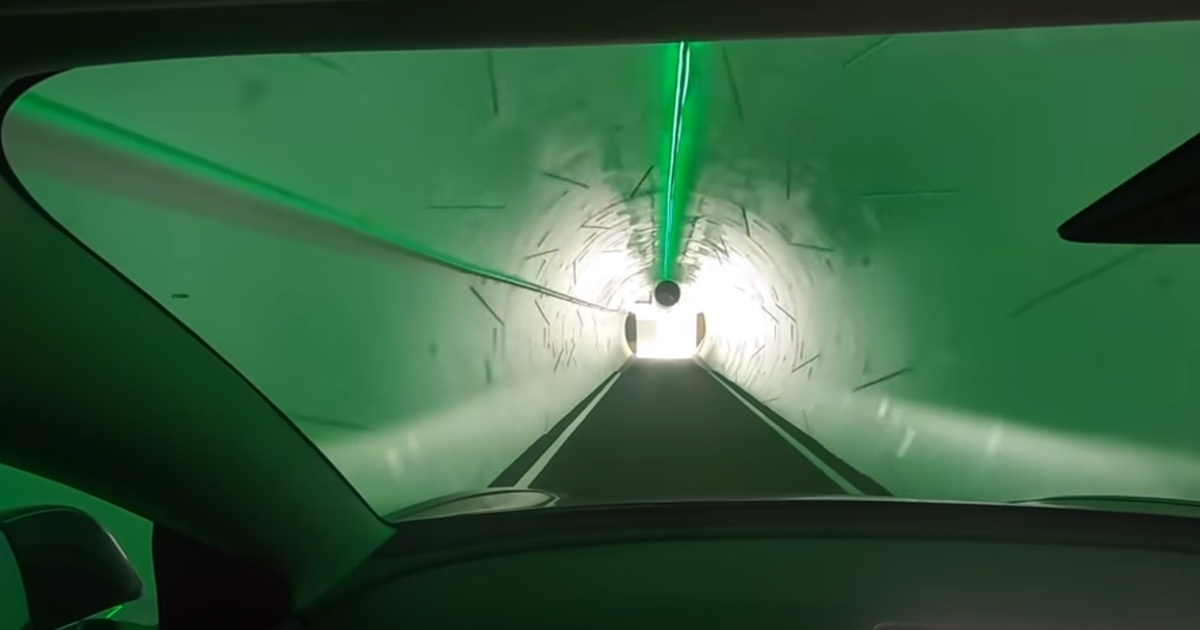 Can you guess which car had a top speed of 127 miles per hour?

Can you guess which car had a top speed of 127 miles per hour?

A Tale of Two Teslas

On Friday, the Boring Company tweeted a video of two Tesla Model 3s racing — and though they had the same destination, they took two very different routes.

While one of the cars used surface streets, the other opted for the Boring Company's underground test tunnel. Taking the low road allowed it to absolutely destroy the time of its opponent, making the trek in just 1 minute and 36 seconds as opposed to the other car's 4 minutes and 44 seconds — but it wasn't exactly a fair fight.

The Tesla in the tunnel had so many advantages going into the race, it's hard to even imagine what kind of odds a bookie would've given. The car didn't have to deal with other vehicles, traffic lights, or speed limits — at one point, it was zipping along at 127 miles per hour.

Still, the cheeky video does hammer home a point Elon Musk has been trying to make ever since he first proposed starting the Boring Company way back in 2016: traffic sucks.

Once they're filled with commuters, though, will tunnels suck any less?

READ MORE: Elon Musk's Boring Company staged a race between a Tesla in a tunnel and on the road — and the winner was clear [Business Insider]