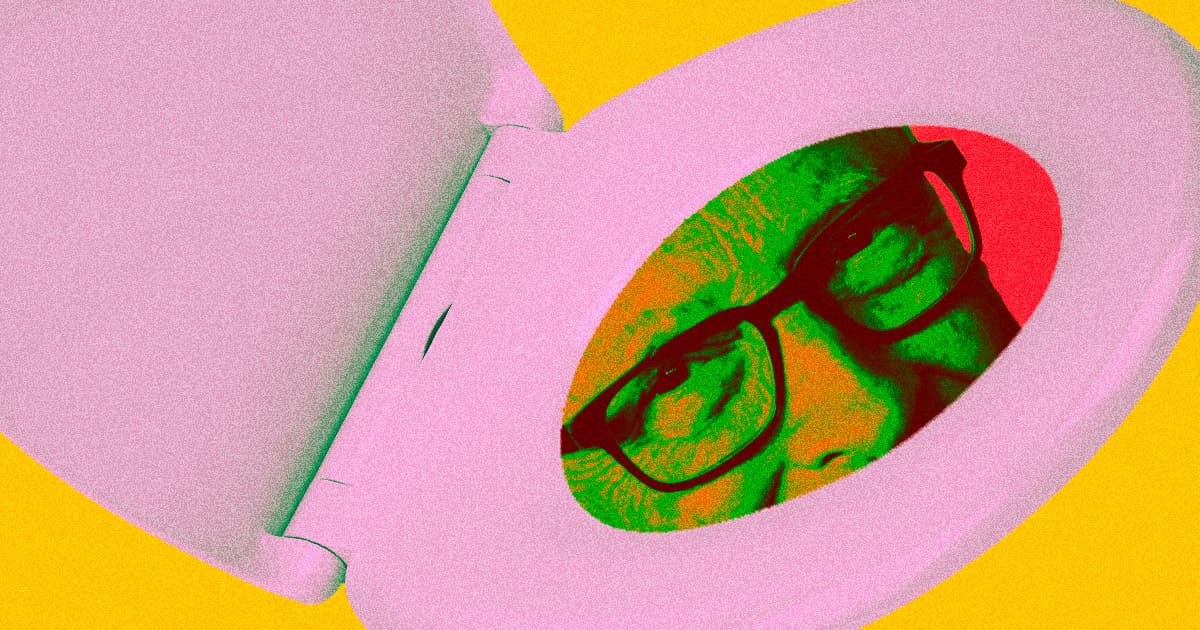 "I've done some weird crap over the years..."

"I've done some weird crap over the years..."

The billionaire philanthropist took to LinkedIn on Saturday to celebrate a more niche holiday: World Toilet Day. And as proof of his zest for the holiday, the tech mogul shared — or, as some might argue, overshared — some tales of his fecal fortitude.

"I've done some weird crap over the years: I drank water from fecal sludge with Jimmy Fallon, shared the stage with a jar of human feces, and smelled pit latrine odor," he wrote, adding a slightly unsettling image of him staring down into a toilet bowl.

While we truly can't imagine a worse fate than drinking fecal sludge with a late night host, Gates' post clarified that he didn't do any  of those activities just for kicks. According to his post, it's all been for a good cause.

"These antics got a few laughs," he continued, "but my goal has always been to get people to care about an issue that impacts 3.6 billion people: poor sanitation."

Indeed, The Gates Foundation — the charitable organization that Gates shares with his ex-wife, Melinda — has made poor sanitation one of its primary efforts, according to a blog post about Gates' World Toilet Day trip down memory lane.

To his credit, it is a serious issue. Improper sanitation systems lead to water and soil contamination, in addition to illness and, in many cases, death, especially when it comes to children — an estimated 500,000 infants die tragically die every year due to poor sanitation. And now that the global population has surpassed eight billion, these sanitation struggles are likely to only get worse.

Unfortunately, though, as dire of an issue as poor sanitation really is, it's also a wildly unsexy one, which makes awareness campaigns that much more difficult. Which, we suppose, is why Gates has taken to activities like hosting "smell summits," staring into a beaker of poop onstage in China, and sipping "poop to potable" beverages onscreen with a certain late night menace.

But we guess if anyone could or should take such an approach to sanitation awareness campaigns, Gates, who has worked very hard — in spite of a lot of really, really bad press — to curate his Mr. Philanthropic Nerd persona, is the guy. In any case, we hope he had a good World Toilet Day.

Hey Bill
Bill Gates Funded the Company Releasing Gene-Hacked Mosquitoes
4. 28. 21
Read More
Climate Connection
Bill Gates Attempts to Explain Why He Bought More Farmland Than Anyone Else in America
3. 22. 21
Read More
Running Interference
China Tariffs Blocked Bill Gates' Plan for Safe Nuclear Power
1. 3. 19
Read More
+Social+Newsletter
TopicsAbout UsContact Us
Copyright ©, Camden Media Inc All Rights Reserved. See our User Agreement, Privacy Policy and Data Use Policy. The material on this site may not be reproduced, distributed, transmitted, cached or otherwise used, except with prior written permission of Futurism. Articles may contain affiliate links which enable us to share in the revenue of any purchases made.
Fonts by Typekit and Monotype.