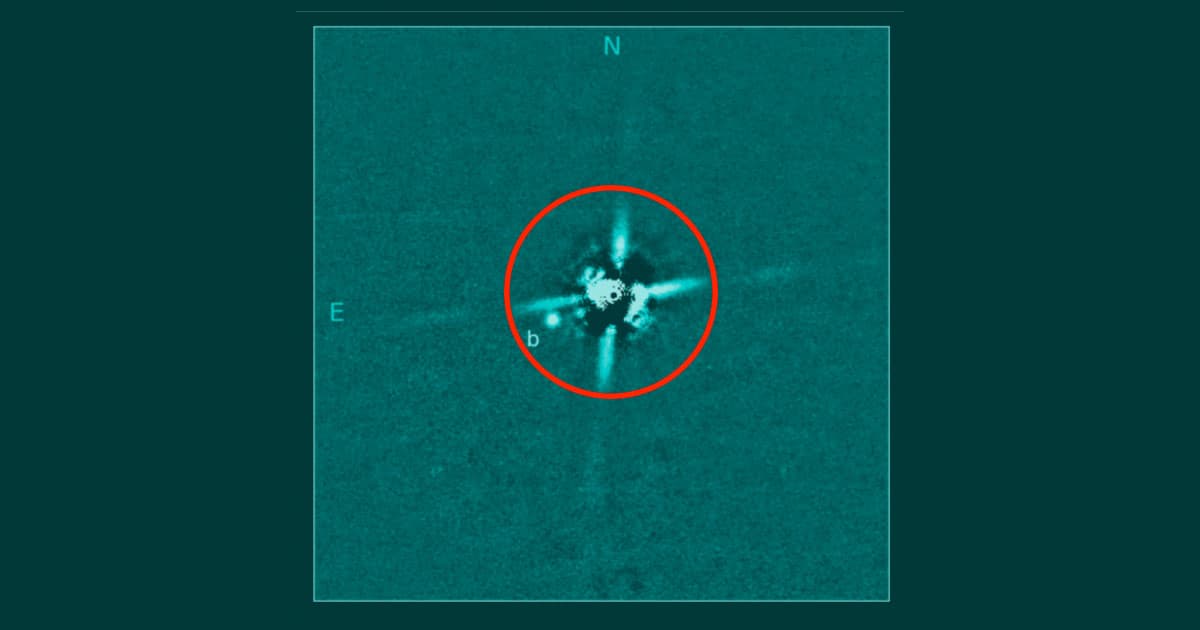 The researchers say it's "more massive than Jupiter."

The researchers say it's "more massive than Jupiter."

Astronomers have discovered the youngest planet ever observed — and they say it’s even bigger than Jupiter.

The international team of researchers, led by the University of Hawaii, discovered the planet — dubbed 2M0437b — in a "stellar nursery" roughly 450 light-years away, according to a press release from the university about their findings in Monthly Notices of the Royal Astronomical Society. They added that the planet is "a few times more massive than Jupiter" and formed several million years ago, which is a long time in human years, but the blink of an eye on a cosmological scale.

"This serendipitous discovery adds to an elite list of planets that we can directly observe with our telescopes," Eric Gaidos, professor at the University of Hawaii and lead author of the study, said in the release. "By analyzing the light from this planet we can say something about its composition, and perhaps where and how it formed in a long-vanished disk of gas and dust around its host star."

The stellar nursery where the planet was discovered is located in a molecular cloud — an area of space that's highly conducive to the formation of stars and planets.

Despite being a few million years old, it's still the youngest planet astronomers have ever seen. First spotted in 2018, it took three years to confirm that it was a planet orbiting a star due to how slowly the star moved across the sky. The researchers eventually discovered that the planet's orbit was 100 times wider than the distance from the Earth to the Sun, and about 20 times farther than our own system's Jupiter.

The team also found that the infant planet is still incredibly hot due to the energy emitted during its creation. In fact, they said in the release that the planet’s temperature is "similar to the lava erupting from Kīlauea Volcano," referring to a prominent active volcano in Hawaii.

Now they hope that even more insights about the young planet can be made with even more advanced technology from NASA.

"Observations with space telescopes such as NASA’s Hubble and the soon-to-be-launched James Webb Space Telescope could identify gases in its atmosphere and reveal whether the planet has a moon-forming disk," Gaidos said in the release.

Hubble Tension
Most Precise Measurements of the Universe Suggest That Something Is Very Wrong
10. 20. 22
Read More
Against All Odds
If the Readings Are Right, There's Something Very Strange About This Exoplanet
10. 23. 20
Read More
Snap
Scientists Just Took an Actual Picture of a Planet in Another Star System
10. 6. 20
Read More
+Social+Newsletter
TopicsAbout UsContact Us
Copyright ©, Camden Media Inc All Rights Reserved. See our User Agreement, Privacy Policy and Data Use Policy. The material on this site may not be reproduced, distributed, transmitted, cached or otherwise used, except with prior written permission of Futurism. Articles may contain affiliate links which enable us to share in the revenue of any purchases made.
Fonts by Typekit and Monotype.