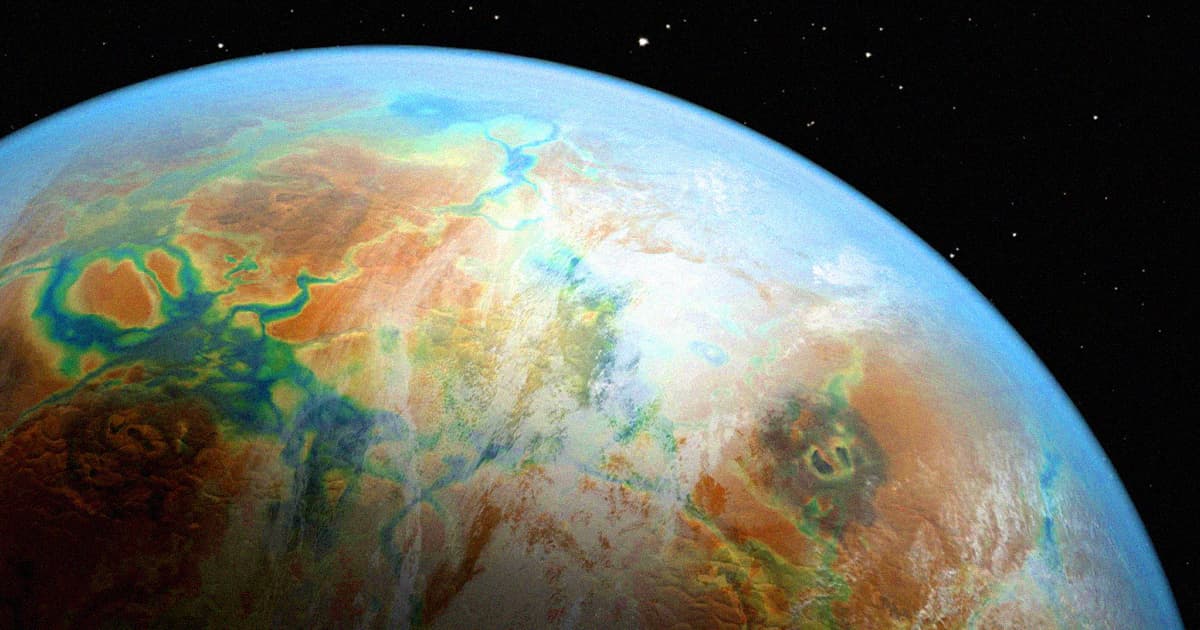 Unsurprisingly, the forecast on the "hot Saturn" world WASP-127b calls for thick clouds.

Unsurprisingly, the forecast on the "hot Saturn" world WASP-127b calls for thick clouds.

Thanks to a combination of observations from both terrestrial and orbital telescopes, a team of scientists got their closest look yet at the distant exoplanet WASP-127b.

Not only were scientists able to determine the chemical composition of the exoplanet's atmosphere, but they even managed to study its clouds at an unprecedented level of detail, according to research presented at the ongoing Europlanet Science Congress 2021 by University of Montreal researcher Romain Allart. That's impressive on its own, but Allart said in a Europlanet press release that the techniques they developed can now help scientists take a better look and gather new data on other exoplanets that are even farther away.

WASP-127b — the same exoplanet that rapper Lil Uzi Vert once claimed to be purchasing — is what's called a "hot Saturn" world, or an exoplanet with roughly the same mass as the gas giant Saturn, but which orbits much closer to its host star than Saturn does.

In the new research, which combined data from the Hubble Space Telescope and the ESPRESSO spectrograph at the European Southern Observatory's Very Large Telescope, researchers determined that the exoplanet's atmosphere contains unexpected levels of sodium and water vapor, both of which are lingering at unusually low altitudes beneath a layer of clouds. They were also able to measure atmospheric pressure and cloud altitude, though the clouds still remain mysterious in other ways.

"We don't yet know the composition of the clouds, except that they are not composed of water droplets like on Earth," Allart said in the press release. "We are also puzzled about why the sodium is found in an unexpected place on this planet. Future studies will help us understand not only more about the atmospheric structure, but about WASP-127b, which is proving to be a fascinating place."