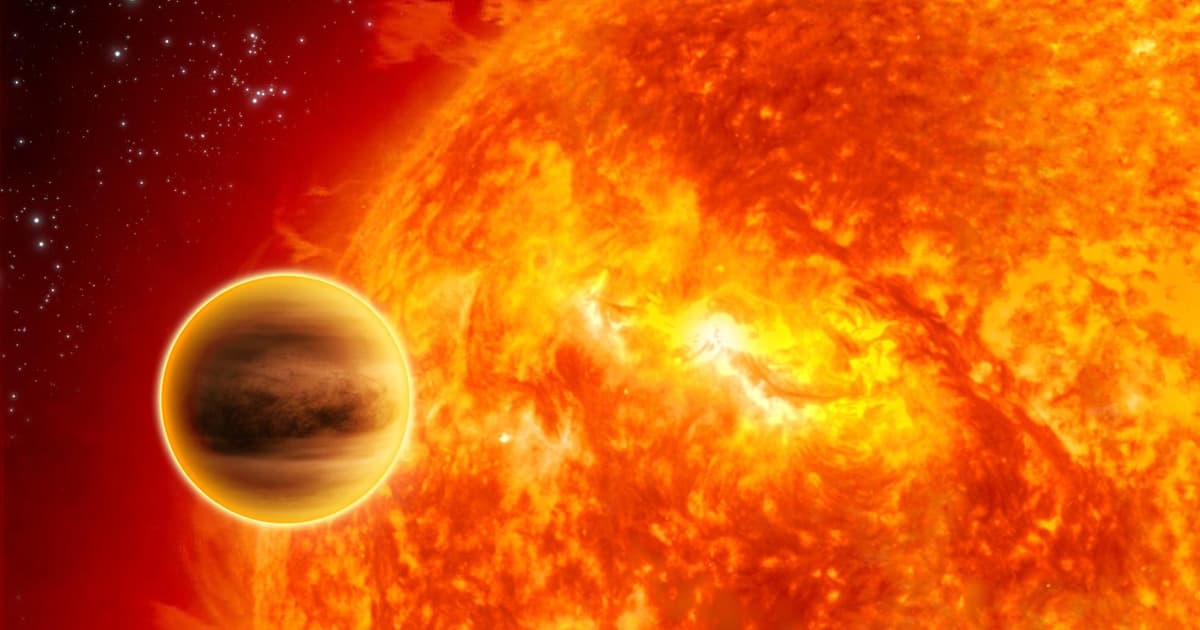 A bizarre exoplanet that's darker than asphalt is hurtling toward an unfortunate end.

WASP-12b, known as a "hot Jupiter" exoplanet, has been the subject of astronomers' fascination for years. The gas giant orbits so close to its star that its atmosphere is extremely hot — so hot that astronomers still have no idea how it could have formed in the first place, according to ScienceAlert. Now, research accepted for publication in The Astronomical Journal shows that its time in the spotlight is coming to an end: WASP-12b will soon crash into its star in just a few million years.

The exoplanet absorbs 94 percent of the light that touches it, giving it a specter-like dark hue. But it takes on a lot of heat, making it easy to observe and study in infrared. WASP-12b completes a revolution around its star in just under an Earth day, giving scientists ample opportunity to study how that orbit has changed over time.

Unfortunately, it's changed quite a bit. The new research, in which Cornell University scientists used data from NASA's TESS observatory, shows that WASP-12b is gradually approaching the star and will suffer a fiery death about 2.9 million years from now.

That's about 350,000 years sooner than scientists previously thought WASP-12b would crash into its star — and, in terms of cosmic timescales, means the exoplanet is basically on its deathbed.

Unfortunately, there was never going to be a happy ending for WASP-12b: Even if the exoplanet's orbit was stable, its host star would have siphoned away its atmosphere over the next 10 million years anyway.

READ MORE: One of The Blackest Planets in The Galaxy Is Headed For a Fiery Death [ScienceAlert]

More on WASP-12b: How An Unusual Planet Makes A Star Act Deceptively Old