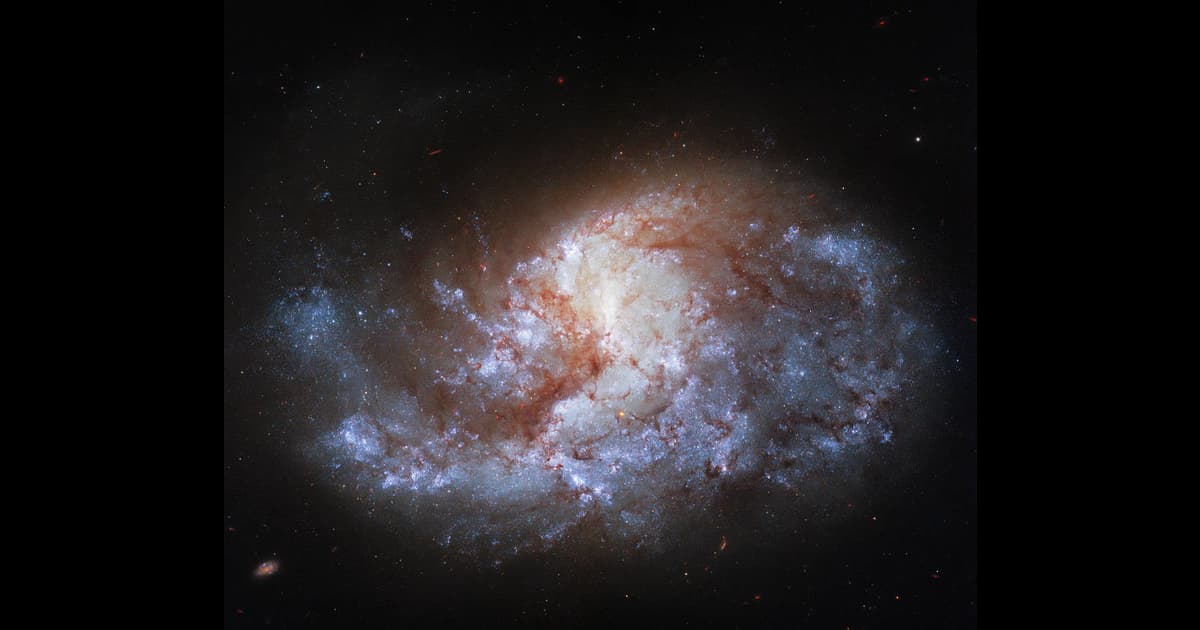 NASA described the galaxy as "jewel-bright."

NASA described the galaxy as "jewel-bright."

NASA released a stunning image taken by the Hubble Space Telescope depicting a spiral galaxy 68 million light-years away from Earth.

The spiral galaxy is known as NGC 1385 and is located in the constellation Fornax — the Latin word for "furnace," according to a NASA blog. Described by the agency as "jewel-bright," the image was captured using Hubble’s Wide Field Camera 3, which is considered to be the telescope’s "workhorse camera" due to its reliability.

Turn on the Furnace

The constellation wasn’t named for its heat, mind you. Lacaille simply liked to name constellations he discovered after scientific instruments. His other discoveries include Atlia, or "the air pump"; Telescopium, or "the telescope"; and Norma, or "the ruler."

Earlier in summer 2021, the Hubble Space Telescope went offline for a month after its computer control system went down.

For a while it looked like the 31-year-old spacecraft might have been gone for good. Luckily, NASA was able to switch the telescope to its backup computer.

Since the agency doesn’t have a craft to send astronauts to physically fix Hubble, though, there’s a sense that it’s on borrowed time. That means the next hardware issue could be its last.

For now, it’s a joy to see that the Hubble Space Telescope is back to working order. Let’s hope that it can make a few more stunning discoveries until its finished its mission for good.

READ MORE: Hubble Views a Galaxy in a “Furnace” [NASA]

More on Hubble: NASA’s Hubble Finds Evidence of Water Vapor on One of Jupiter’s Moons