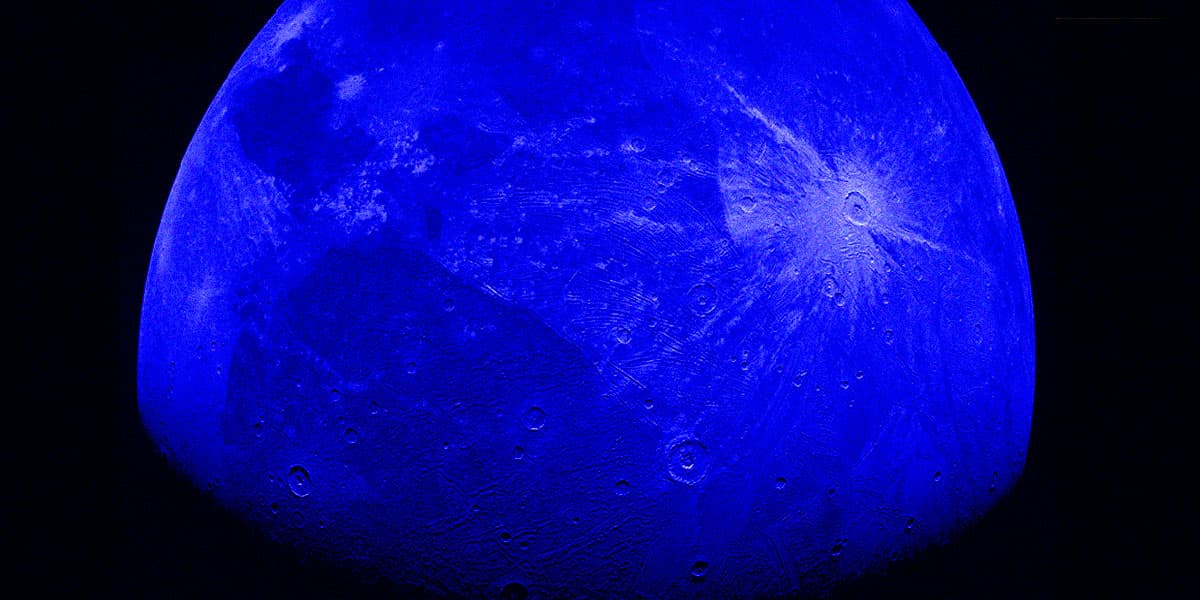 More evidence that Ganymede could be capable of hosting life.

More evidence that Ganymede could be capable of hosting life.

It's an exciting discovery that supports the theory the moon's massive subsurface ocean could be capable of hosting alien life — and could also give us insights into the habitability of other Jupiter-like systems outside of our own.

We already knew that Gaynemde, the largest moon in the solar system, holds massive amounts of water ice — more water than all of Earth's oceans combined, according to NASA.

But now, as detailed in a new paper published in the journal Nature Astronomy, an international team of scientists was able to find evidence of water vapor, the result of ice sublimating from the moon's surface.

The team found that there was barely any atomic oxygen (O2) in Ganymede's atmosphere. That's surprising, considering that scientists have previously concluded that most of moon's emissions were pure atomic oxygen by looking at ultraviolet images of the moon's glowing aurora taken by Hubble back in 1998.

So what else could be causing the glow observed by Hubble over two decades ago?

"So far only the molecular oxygen had been observed," said team lead Lorenz Roth, of the KTH Royal Institute of Technology in Sweden, in a NASA statement. "This is produced when charged particles erode the ice surface. The water vapor that we measured now originates from ice sublimation caused by the thermal escape of water vapor from warm icy regions."

In simple terms, mostly water vapor — not just oxygen — may be escaping from the moon's warmer regions by turning from a solid straight into a gas.

Fortunately, we'll soon get a closer look, in addition to NASA's Juno spacecraft that recently released stunning new images of Ganymede. The European Space Agency (ESA) is planning to send an orbiter to Jupiter's moons as part of the Jupiter icy moons explorer (JUICE) mission.

"Our results can provide the JUICE instrument teams with valuable information that may be used to refine their observation plans to optimize the use of the spacecraft," Roth said.