We haven't been this close to Ganymede in over two decades. 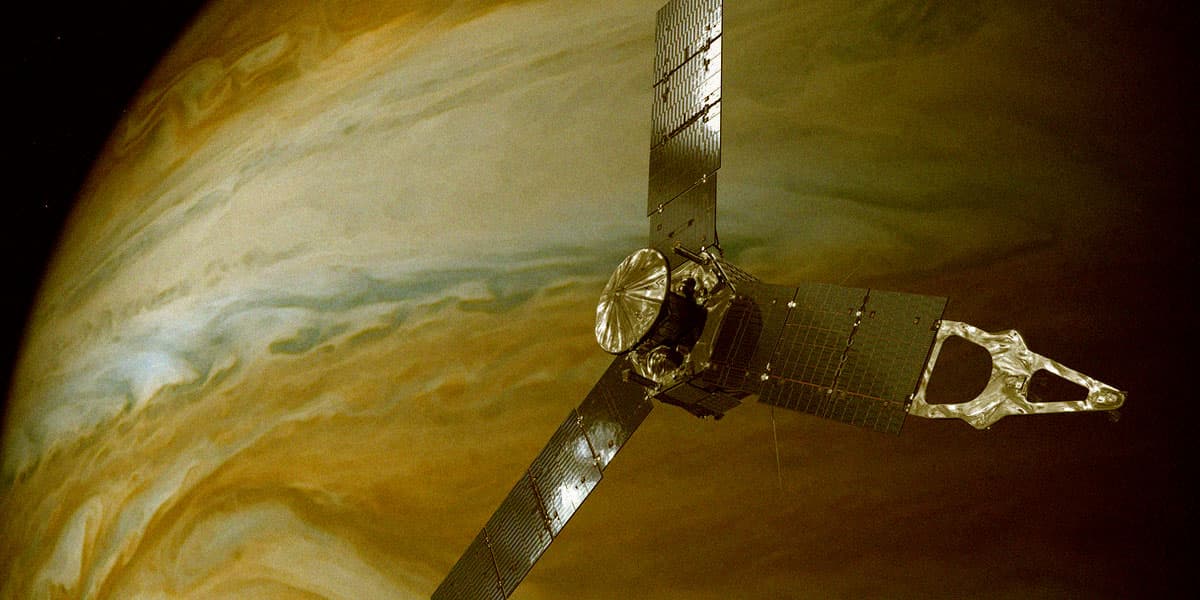 It's the closest flyby of the moon in more than two decades, according to NASA, a rare and tantalizing glimpse at the largest moon in the entire solar system — which also happens to be one of the best places to look for signs of life thanks to its icy crust.

The flyby could also allow scientists to gain new insights into the moon's composition, magnetic field, and ice shell.

The spacecraft was meant to commence its death dive into Jupiter, but the mission was extended through 2025. It is now finishing its primary mission to probe Jupiter's deep interior, as The New York Times reports.

"We are going to take our time before we draw any scientific conclusions, but until then we can simply marvel at this celestial wonder — the only moon in our solar system bigger than the planet Mercury," said Juno principal investigator Scott Bolton of the Southwest Research Institute in San Antonio, in a statement.

The two images, taken by Juno's JunoCam visible-light imager, show one entire side of the icy moon, providing an image resolution of 0.6 miles per pixel.

A separate black-and-white picture shows the moon's dark side, facing away from the Sun.

"The conditions in which we collected the dark side image of Ganymede were ideal for a low-light camera like our Stellar Reference Unit," said Heidi Becker, Juno’s radiation monitoring lead at NASA's Jet Propulsion Lab.

"So this is a different part of the surface than seen by JunoCam in direct sunlight," he added. "It will be fun to see what the two teams can piece together."

Luckily, we can expect more images soon of the same flyby.

More on Juno: NASA Reportedly Detects Signal Coming From One of Jupiter’s Moons

Read This Next
Fighting Words
Retired NASA Astronaut Scott Kelly Dishes on Ukraine, Russia, and Moon Mission
Psychological Warfare
Experts Excoriate NASA Report Claiming James Webb Wasn't Homophobic
Big Impact
Meteorite Hit Mars So Hard NASA Thought It Was a Quake
Failure to Launch
Lawsuit Accuses NASA of Widespread Racial Discrimination
Makeover Scene
Space Tourist Says He's Thinking About Flying SpaceX Craft Up to Fix Hubble
More on Off World
Seat With a View
3:22 PM on the byte
Passenger Jet Flies Over Launchpad Right as SpaceX Rocket Takes Off
Watery Grave
Nov 22 on the byte
Chinese Military Forcefully Seizes Debris That Philippines Recovered After It Fell From Space
Jetsam
Nov 22 on the byte
Lunar Lander Released by NASA’s Artemis 1 Mission Dies
READ MORE STORIES ABOUT / Off World
Keep up.
Subscribe to our daily newsletter to keep in touch with the subjects shaping our future.
+Social+Newsletter
TopicsAbout UsContact Us
Copyright ©, Camden Media Inc All Rights Reserved. See our User Agreement, Privacy Policy and Data Use Policy. The material on this site may not be reproduced, distributed, transmitted, cached or otherwise used, except with prior written permission of Futurism. Articles may contain affiliate links which enable us to share in the revenue of any purchases made.
Fonts by Typekit and Monotype.