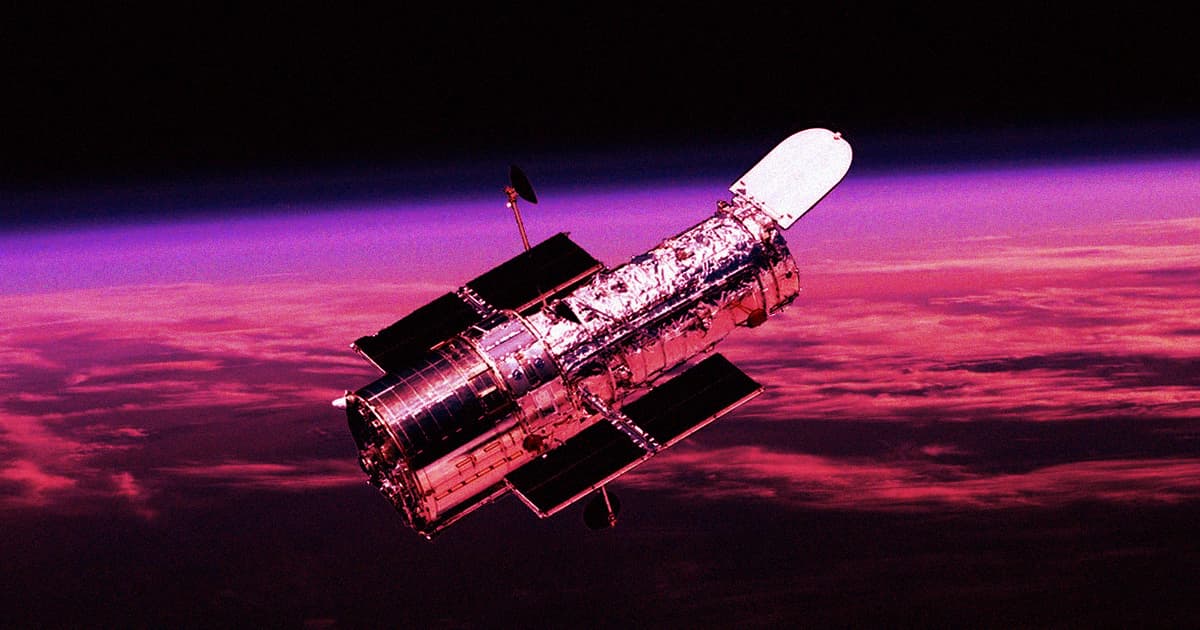 It's Looking Possible That the Hubble Is Dead Forever

NASA is still trying to resuscitate the iconic observatory.

NASA is still trying to resuscitate the iconic observatory.

The Hubble Space Telescope is still offline nine days after it first failed, despite numerous attempts to bring its payload computer back online.

NASA still doesn't know for sure what caused the computer glitch that brought the orbital observatory offline, according to Insider. But after three failed attempts to switch to a backup version of the memory module that NASA believes to be a probable culprit, it's time to start wondering whether the telescope could, in fact, be dead for good.

Ace in the Hole

The telescope was most recently serviced in 2009, when a human crew went up into orbit to install upgrades including a new computer, batteries, and scientific instruments. But NASA won't send a crew this time around, since it doesn't currently have a spacecraft capable of the mission. Besides, Insider notes, the space agency still has a few tricks up its sleeve when it comes to rebooting the bugged-out computer.

Aside from the backup modules, there's also an entire backup payload on Hubble that NASA can try to switch to, possible circumventing the problem altogether. There's no word yet, however, on when NASA might switch strategies and give that a go.

If it turns out that NASA can't bring Hubble back even after exhausting its remaining options, NASA has also planned out a viking funeral for the iconic telescope. During that 2009 mission, NASA also installed a device that will steer Hubble back into the Earth's atmosphere, where it will incinerate upon re-entry.

All we can do now is hope that it doesn't come to that and that one of the remaining failsafes revives the iconic telescope, just like during a previous glitch back in March.

READ MORE: NASA has now tried and failed to fix the Hubble Space Telescope 3 times. It's been offline for a week. [Insider]