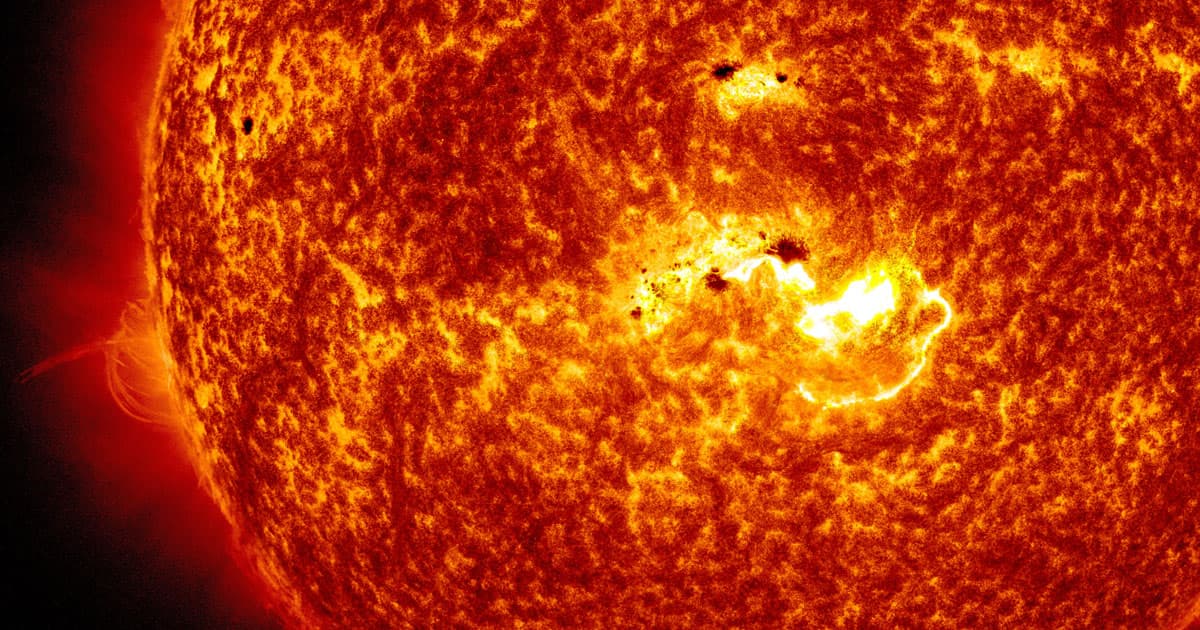 Astronomers Warn That Our Sun Is Having a "Midlife Crisis"

Something very strange is going on with our star.

Something very strange is going on with our star.

The Sun is behaving oddly compared to its cosmic peers, making astronomers think that it may be in the middle of some sort of transition period.

In a survey of the Sun and 369 other stars that share its properties, Max Planck Institute astronomers found that the Sun is far less active than the others, Inverse reports. And the leading explanation is that the Sun may be in the middle of a sort of "midlife crisis."

Over the last four years, the brightness of the other stars fluctuated wildly, whereas the Sun stayed relatively constant, according to research published Friday in the journal Science. In fact, the difference between the Sun's brightest and dimmest moments is a fifth the size of other stars.

"We wanted to see if the Sun is somehow different," Max Planck Institute researcher Timo Reinhold told Inverse. "People have claimed that it’s more quiet than other stars, while others have claimed that it's similarly active so we wanted to really boil it down to this very solar-like sample that is very similar to the Sun."

It's possible that the Sun is merely at a different stage of some sort of cyclic pattern than the other stars. But because it's also halfway through its expected nine billion-year lifespan, it's possible that our Sun is in the middle of a particularly tranquil mid-way point of its life.

"Another explanation is the Sun is in its midlife crisis," Reinhold told Inverse.

READ MORE: THE SUN'S MIDLIFE CRISIS COULD BE MAKING IT STAND OUT IN THE UNIVERSE [Inverse]

More on the Sun: Scientists Mystified: Sun’s Magnetic Field Appears to be Flipping