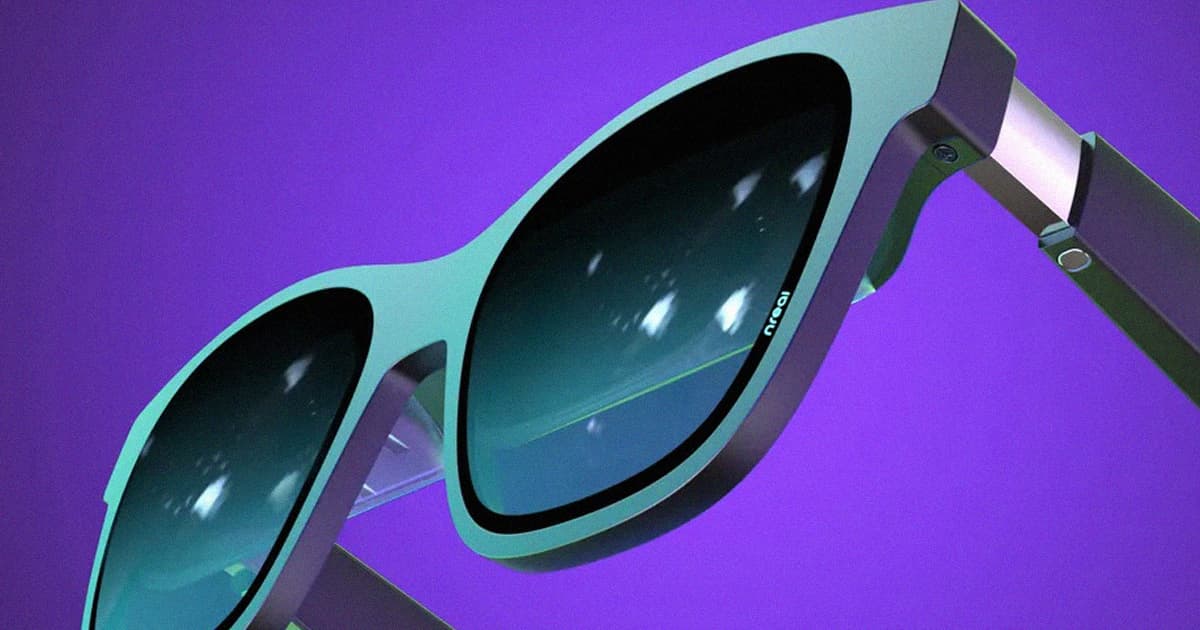 The Nreal glasses don't have any outward-facing cameras.

The Nreal glasses don't have any outward-facing cameras.

The augmented reality developer Nreal just announced a new, cheaper model of its AR glasses, which it's calling the Nreal Air.

But unlike previous Nreal models, and just about every other mixed reality headset out there, the new system will focus solely on streaming video or displaying other media. As The Verge notes, the Nreal Air will be missing the components, like outward-facing cameras or hand-tracking tech, that would help a wearer actually interact with the world around them while using AR. It's an interesting move — using AR to turn inward and binge shows or go down YouTube rabbit holes — that contrasts against other developers moves to build "metaverses" that blur the line between virtual and tangible realities.

Because hand controls won't work, users will need to control the Nreal Air — which a spokesperson told The Verge will cost "a fraction" of the Nreal Light's $600 pricetag — through a smartphone app. Using a phone instead of actually being able to reach out and "touch" parts of the AR display with your hands may break some of the immersion, but that fits in with the company's goal of building a more compact, stripped-down, and especially more affordable version of AR made for watching videos.

"Consumers today are seeking lighter, but longer lasting AR glasses exclusively for streaming media and working from home," Nreal founder Chi Xu said in a statement provided to The Verge.

Plus, there's the added bonus of not creeping out every single person you walk past. Without external cameras on your glasses — something Facebook recently unveiled with its creepy new covert surveillance Ray-Bans — AR users can go about their days without getting weird looks from strangers wondering if they're being filmed.

More on AR: Facebook Is Working on an Amazingly Hideous Augmented Reality Fedora

Researchers Designed a Graphene-Based Electronic Tattoo That Can Monitor Your Health
8. 9. 17
Read More
New Material Could Lead to Devices That You Only Need to Charge Once Every Three Months
6. 27. 17
Read More
All Your Anime Are Belong To AI
Netflix Brags That It Used AI to Replace Human Animators In New Anime
Yesterday
Read More
+Social+Newsletter
TopicsAbout UsContact Us
Copyright ©, Camden Media Inc All Rights Reserved. See our User Agreement, Privacy Policy and Data Use Policy. The material on this site may not be reproduced, distributed, transmitted, cached or otherwise used, except with prior written permission of Futurism. Articles may contain affiliate links which enable us to share in the revenue of any purchases made.
Fonts by Typekit and Monotype.