"It's easier for people with a fear of spiders to face a virtual spider than a real one." 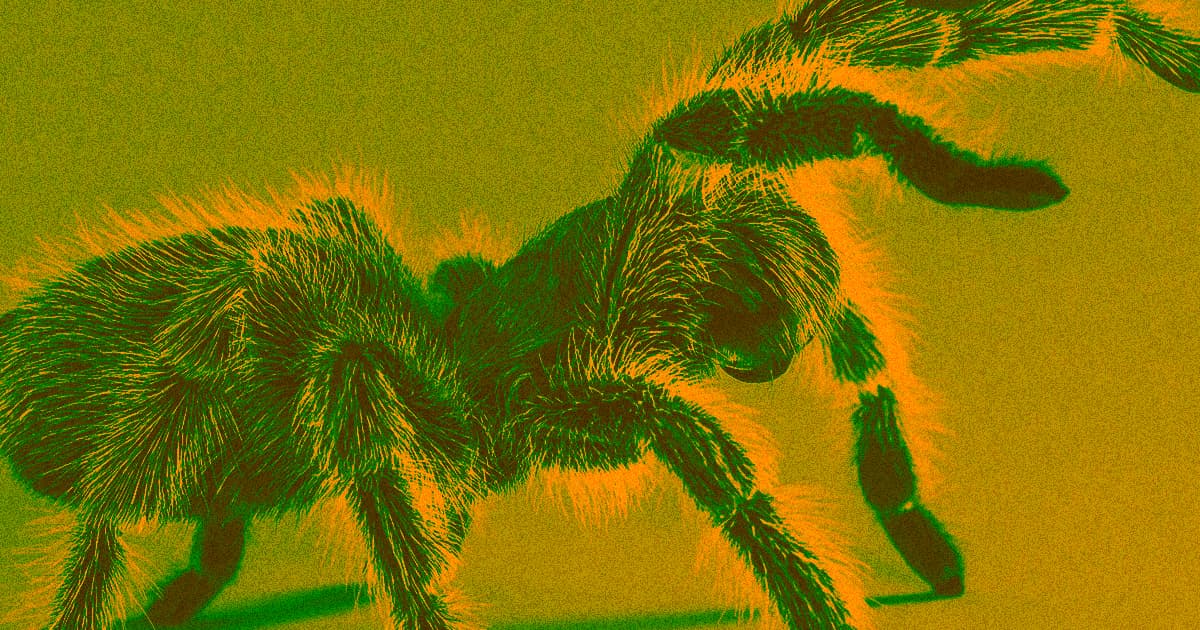 A new app takes a gamified approach to exposure therapy, using augmented reality to make it look like an arachnophobic user is surrounded or even covered by huge, realistic-looking spiders.

Scientists at the University of Basel recently developed and tested an app called Phobys in order to make it easier for people to face and hopefully overcome their fears, according to a university announcement. It's not a new idea, as CNET notes. Scientists have tried to use mixed reality to help people tackle specific phobias like fear of heights or public speaking for years. This appears to be the first, though, to create visions of spiders.

Overall, it seems to work, according to research published in the Journal of Anxiety Disorders, pointing to a way that augmented reality tech can move on from gimmicks and have a tangible impact on our lives. After three hours' worth of training, Phobys users were able to comfortably venture closer to a real-life spider — which sat inside a glass box — and expressed less disgust than arachnophobes who didn't use the app.

Exposure therapy is a well-supported approach for tackling specific phobias, but it's not used as often as it could be because people tend to be reluctant to face their fears, according to Fast Company, even in a controlled setting. By replacing real spiders with virtual ones, the Basel researchers hope to lower that barrier to entry and make treatment more accessible.

"It's easier for people with a fear of spiders to face a virtual spider than a real one," lead study author and University of Basel neuroscientist Anja Zimmer said in the announcement.

READ MORE: Anxiety researchers have a high-tech way to help you conquer your fear of spiders [Fast Company]

More on augmented reality: VR Treatment, Even Without a Therapist, Helps People Overcome Fear of Heights