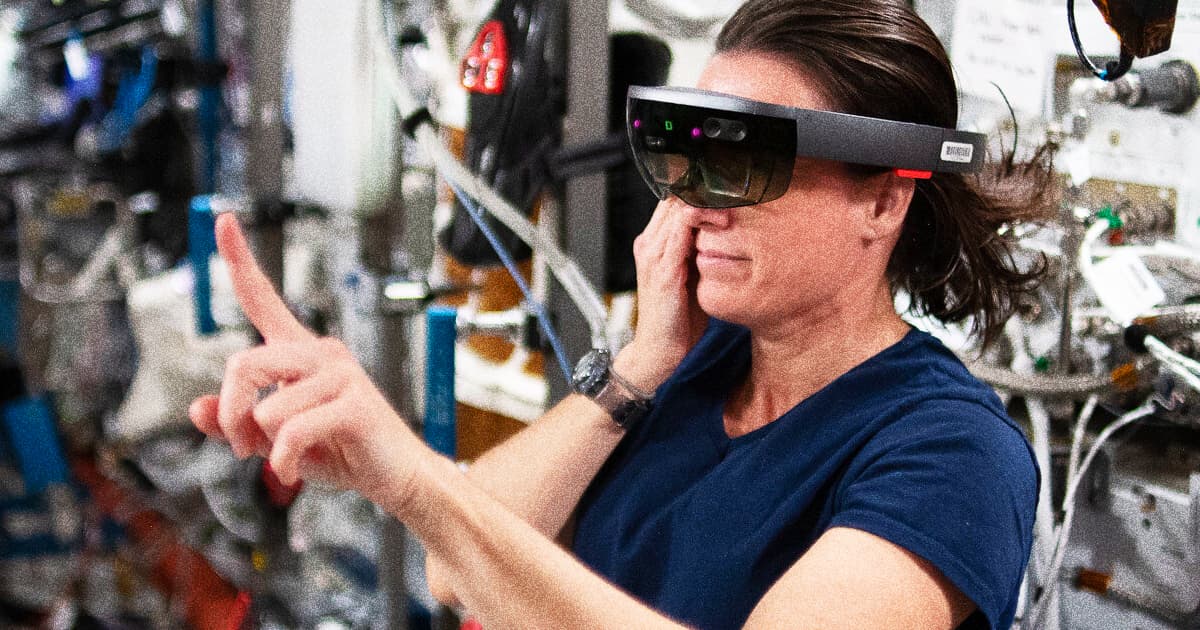 As humanity ventures farther and farther away from Earth, space agencies will need to ensure that astronauts can operate autonomously, because any transmissions to and from mission control will face longer and longer delays.

Demonstrating one possible way to increase astronaut independence, International Space Station crewmembers have been conducting repairs using augmented reality (AR) headsets, according to a NASA press release. That way, when something breaks, they'll have all of the information they need right in front of them, allowing them to fix equipment or instruments with as little assistance as possible.

Space station crewmembers have been testing out the AR tech as part of the T2 Augmented Reality (T2AR) program for months, according to NASA. The idea is to provide astronauts with real-time instructions, 3D cues, and instructional videos prepackaged into a Microsoft HoloLens so that they don't need to ask for help from Earth and wait around for a reply. Also, the hands-free interface gives astronauts one less thing to worry about holding, freeing up an extra hand to use tools or a flashlight.

So far, the repairs have been pretty low-stakes: Japan Aerospace Exploration Agency (JAXA) astronaut Soichi Naguchi first used instructions in an AR headset to fix a treadmill on board the station, instead of relying on the usual PDF document.

But NASA suggests that the AR system could become crucial as astronauts find themselves traveling to Mars and beyond, where their ability to get help on the fly will become severely limited.

"The space station is the perfect platform to test out AR systems and refine these tools so they will be ready when future astronauts need them," NASA associate scientist Bryan Dansberry said in the release.

More on AR: Watch Augmented Reality Turn a Dude Into a Straight-Up Skeleton