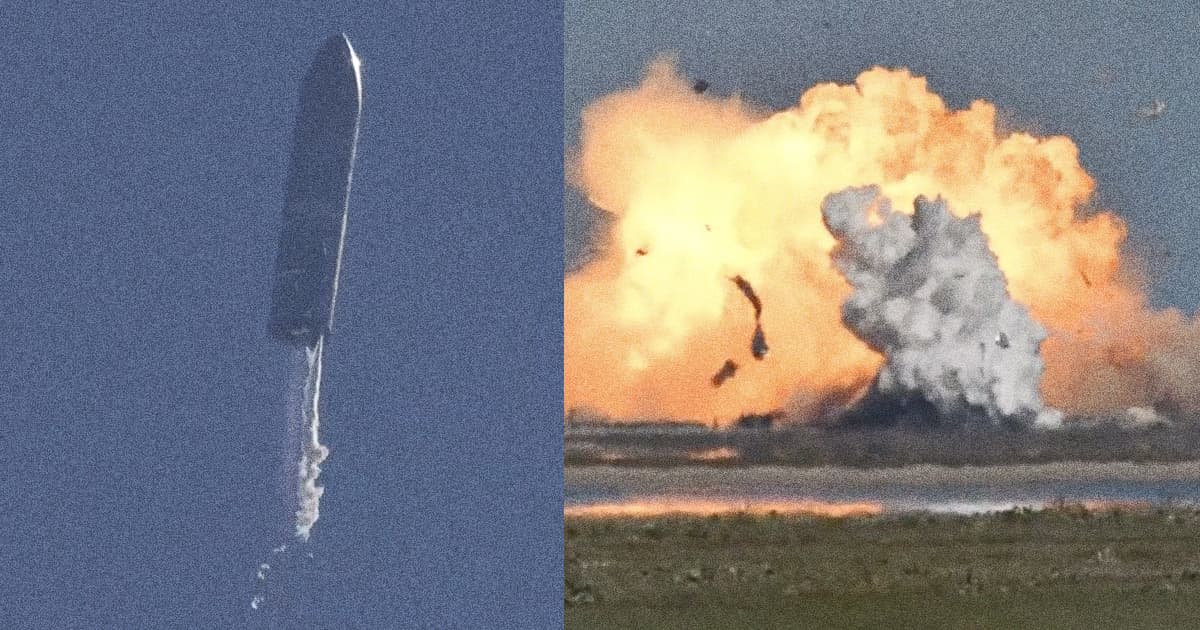 Another SpaceX Starship Just Blew Up in a Humongous Explosion

After nearly a week of drama involving the FAA, SpaceX finally managed to launch its Starship SN9 prototype today from its facility in Boca Chica, Texas.

The mammoth rocket blasted off just before 3:30pm EST, rising to approximately 10 kilometers before rotating into its “belly flop” maneuver for its descent — and then, finally, coming down hard and blowing up in a humongous fireball.

The ultra-ambitious spacecraft is intended as a multi-purpose vehicle to bring humanity off-planet by ferring cargo and passengers into Earth’s orbit, the Moon, and even one day Mars.

But so far, the company has struggled to build a prototype that doesn’t explode when trying to land. In December, its SN8 model launched in a brief flight very similar to today’s — and, also like today’s launch, was obliterated in a huge explosion.

Rocketry is a challenging business. Way back in 2019, SpaceX’s Crew Dragon capsule exploded during a test — though that vehicle has now been completed and has flown numerous astronauts to and from the International Space Station.

It probably won’t be long before SpaceX tests the next version of Starship, known as SN10, which is already out on the launch area.

SpaceX had not yet commented by press time, nor had CEO Elon Musk, who said recently that he’s taking a break from Twitter.

However, the incident did bring to mind something Musk said after the December Starship mishap, bragging that the company had put the “crater in the right spot.”