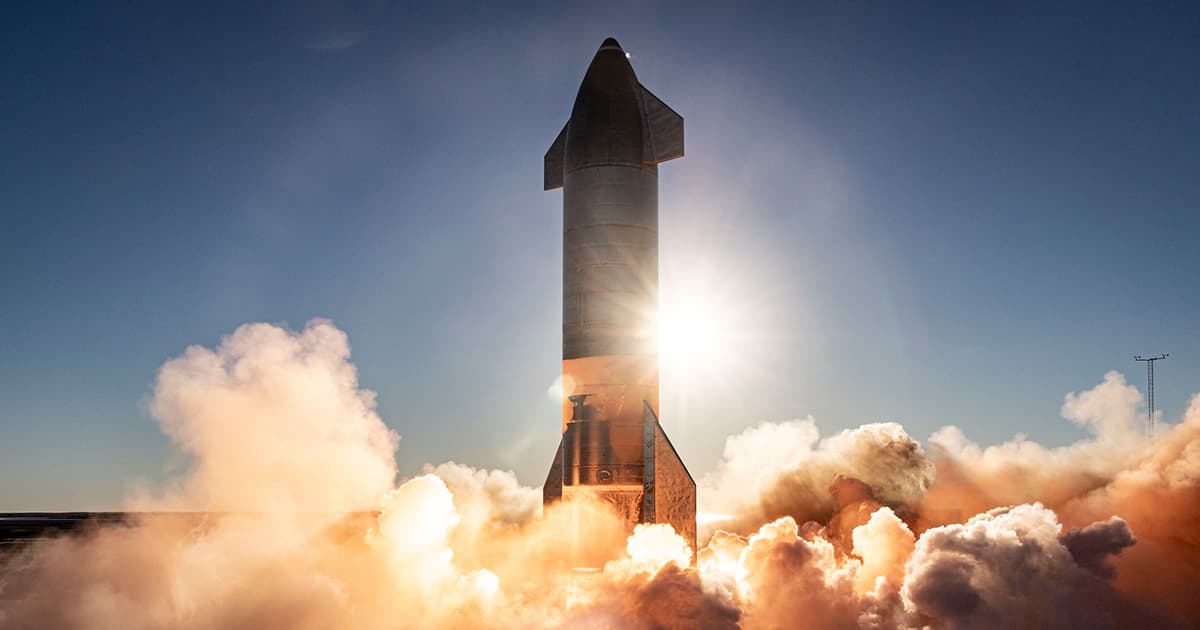 "This is as good a descent as it's possible to make."

"This is as good a descent as it's possible to make."

SpaceX's first high-altitude launch of its Starship spacecraft was a serious spectacle.

The 165-foot stainless steel vehicle effortlessly launched itself into the air, performed a "belly flop" maneuver during its descent, and even managed to right itself before touchdown. But a harder-than-expected landing saw the prototype erupt in a massive fireball.

And as it turns out, the events perfectly align with narration from a clip of a base-jumping barnacle goose taken from the BBC's iconic "Planet Earth" docuseries, narrated by the one and only David Attenborough.

A clip uploaded to Twitter by Twitter user Kazioo demonstrates how Attenborough's dulcet tones — and a riveting orchestral score — add a ton of gravitas to footage of the launch, recasting the engineering feat as a wonder of nature.

"This is as good a descent as it's possible to make," Attenborough says in the clip.

And now I want David Attenborough to narrate SpaceX launches! 🤣

Particularly memorable was the inclusion of SpaceX CEO Elon Musk, who can be seen gazing upon what's left of the prototype towards the end of the video. "Its parents are there to meet it," Attenborough described.

"A little dazed perhaps, but all in one piece," he adds. Not quite.