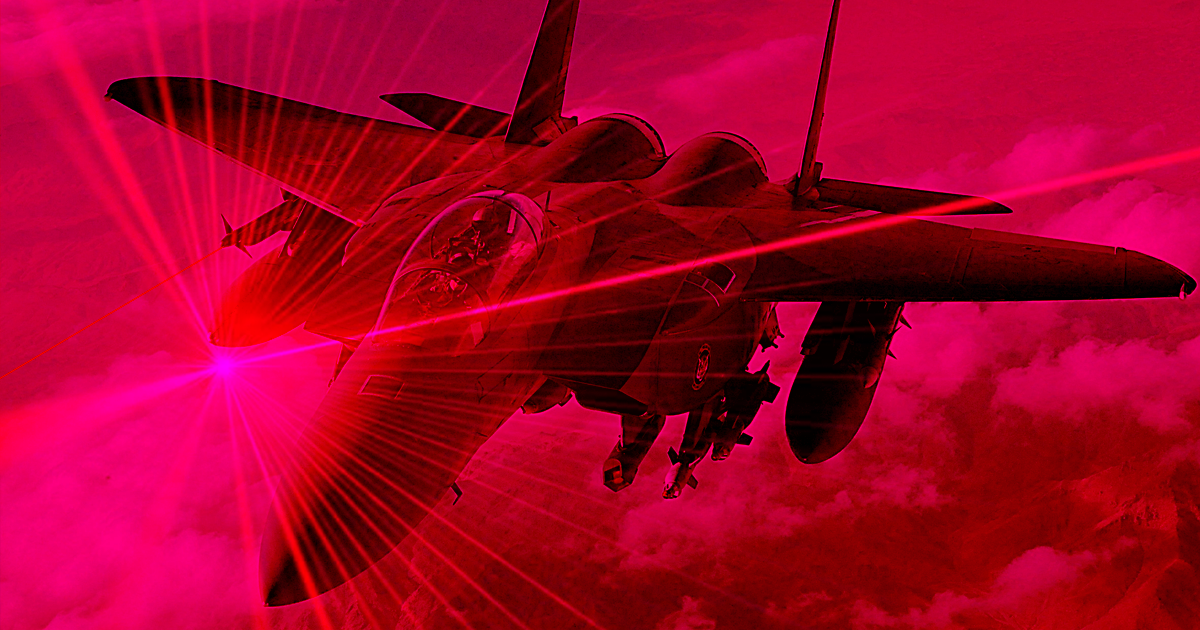 Fighter jets may be equipped with anti-missile defensive lasers by 2021.

Fighter jets may be equipped with anti-missile defensive lasers by 2021.

A new laser weapon developed by the U.S. Air Force successfully shot down several missiles during a test run in late April.

The Self-Protect High-Energy Laser Demonstrator, evocatively dubbed the “SHiELD,” is expected to someday be attached to fighter jets, providing them with the means to shoot down incoming air-launched missiles, according to Air Force Magazine, which would make it the first air-to-air defensive weapon that actively destroys missiles instead of “confusing” or misdirecting them.

Walk Before You Fly

The prototype SHiELD that actually passed the test is a massive system that rests on the bed of a truck, so there’s a lot of work to be done before it’s light enough to attach to a jet without tipping the whole thing over.

But the Air Force has an ambitious plan to get there, Popular Mechanics reports. Thanks to partnerships with arms developers Boeing, Lockheed Martin, and Northrop Grumman, the Air Force expects to deploy a laser weapon capable of beaming “tens” of kilowatts onto the F-15 Eagle fighter jet by 2021.

Should that happen, aerial combat may immediately change — as a functional laser would give the Air Force an advantage over most traditional air-to-air weapons.

From Our Partners
Defend The Galaxy With 26% Off This Laser Sword
10. 21. 21
Read More
Time Twister
Astrophysicist Says He Knows How to Build a Time Machine
1. 2. 20
Read More
Chinese Soldiers Now Have Laser Guns
1. 23. 16
Read More
+Social+Newsletter
TopicsAbout UsContact Us
Copyright ©, Camden Media Inc All Rights Reserved. See our User Agreement, Privacy Policy and Data Use Policy. The material on this site may not be reproduced, distributed, transmitted, cached or otherwise used, except with prior written permission of Futurism. Fonts by Typekit and Monotype.