Elon Musk is already mocking them. 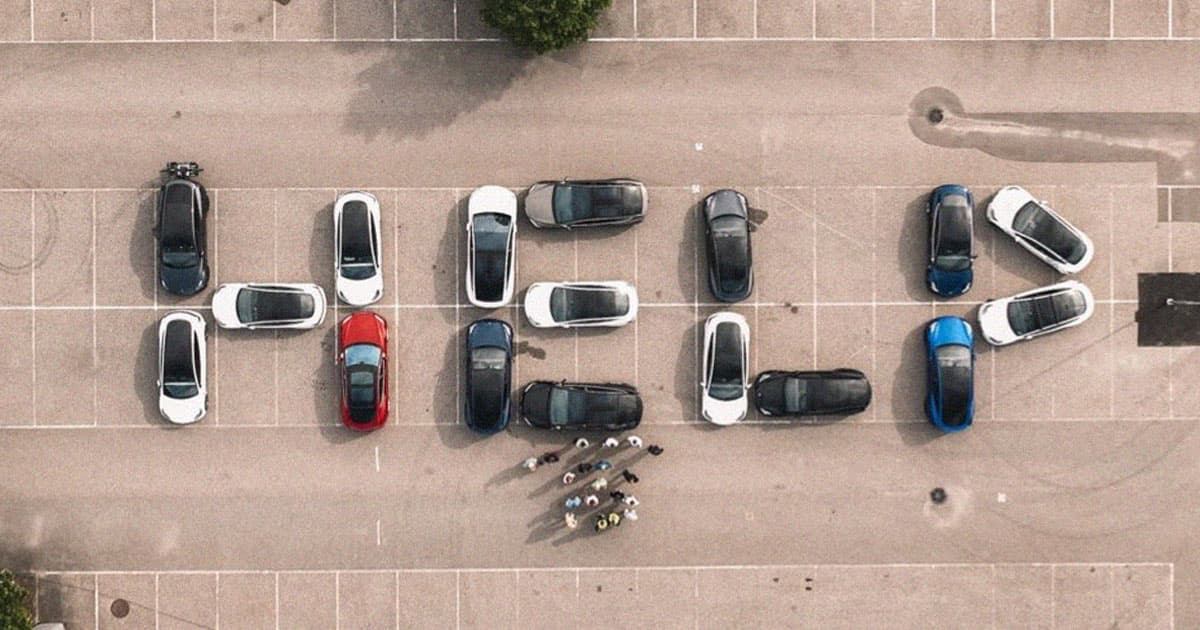 A group of fed up Tesla owners in Norway say they are going on a "hunger strike," because of a litany of complaints about their vehicles.

"Norway has the most Teslas per capita in the world," the group's website reads. "But a lot of customers are not happy."

The group then goes on to list a lengthy list of complaints including that "the car won't start in cold weather" and that the "internet is slow and does not work as it ought to."

"We are the canary in the coal mine," the group claims. "We believe that if Elon Musk is made aware of our troubles, he will solve the situation. Please help us get his attention."

The group even went as far as to spell out the word "help" using their vehicles in an empty parking lot.

All told, it all feels like a bit of grandstanding to get attention of the press, as well as a billionaire CEO who has historically cared little about his customers' pleas.

That strategy might not be working so well. Musk appeared to address the complaints with what one of the group members called a "cruel subtweet."

"On advice of a good friend, I’ve been fasting periodically and feel healthier," Musk tweeted the day after the hunger strike was announced.

At least some of the group's gripes are valid, though, like pointing out Tesla's well-documented shortcomings when it comes to quality assurance.

Meanwhile, Norwegian Tesla owners have had to deal with less-than-stellar servicing wait times in the past.

Then last year, a Norwegian appeals court even found the company guilty of nerfing charging speeds and battery capacity.

But is a hunger strike really the best way to get the attention of the richest man in the world? They chose to buy vehicles they knew would leave a lot to be desired.

European carmakers are increasingly turning towards electrifying their fleets. Analysts are also expecting Chinese EVs to make a big splash on the continent. Meanwhile, US carmaker Ford announced last year it will phase out all of its gasoline vehicles in Europe.

In fact, according to the latest data, EVs now cover more miles than gasoline or diesel vehicles in Norway every year.

In short, Norway's dissatisfied Tesla owners will soon have far more — and possibly better — options available to them.

Which means they will soon no longer have to starve themselves to get Musk's attention, which is probably a good idea anyway.