Wait, isn't that the whole point of a beta? 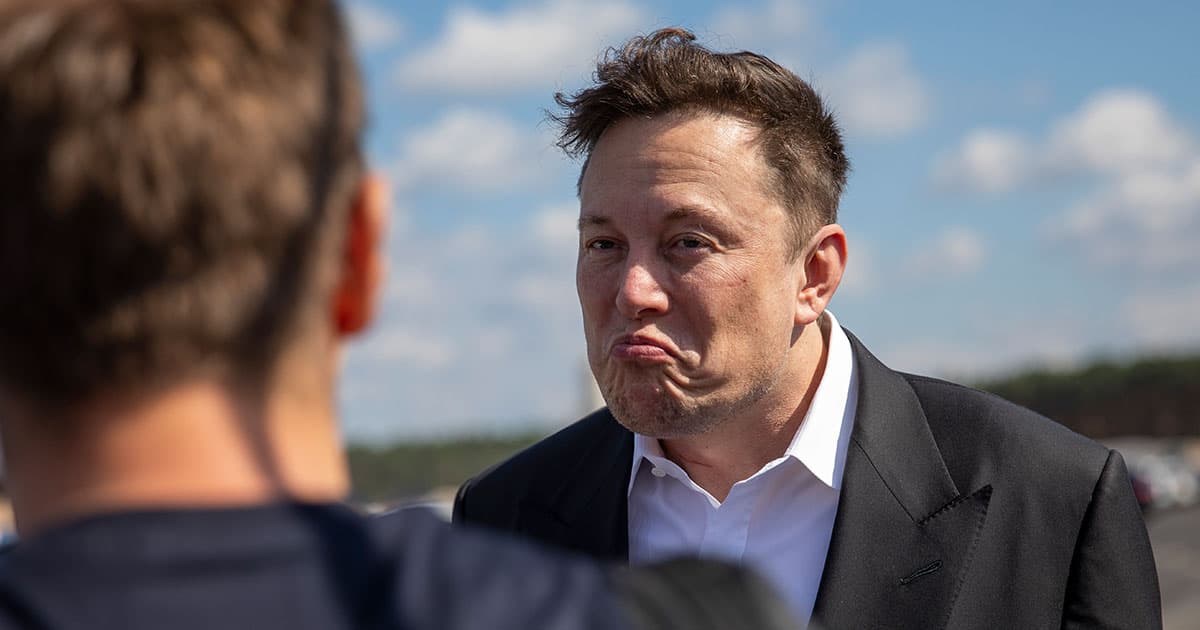 Tesla CEO Elon Musk has had enough of people pointing out the many bugs in the company's unfinished driver-assistance software.

In fact, he now has it out for those who are brave enough to beta test the company's Full Self-Driving feature — which is ironic, given the fact that they signed up to literally give the company feedback.

When tester and self-described "EV enthusiast" James Locke pointed out that he still is "having to intervene to correct" an early version of FSD in his area on Twitter, Musk lashed out.

The 10.69 version of the software "is in limited release for a reason," Musk snapped. "Please do not ask to be included in early beta releases and then complain."

Tesla is currently allowing around 100,000 drivers to test out the controversial software. But the latest limited release is only slowly being rolled out to a select few due to some core changes to the code.

That means there are still a ton of bugs to iron out. Locke also pointed out that he is even "having issues getting into a right turn lane."

"The progress from the [Autopilot] team is insanely impressive but so much work to do," he argued.

Musk wasn't going to back down. After one user suggested he should apologize to Locke, he dug in his heels.

"No," he replied. "Let me make something clear: James contacted me directly to be included in *early* beta, which is only [around] 1,000 cars, mostly employees."

"Early beta explicitly has issues or it would be rolled out widely, so publicly criticizing something he had asked for is wrong," he added.

Musk later expanded on what he meant when users pointed out his counter-productive and unnecessarily harsh smackdown.

"Criticism, public or private, is welcome after we go to wide beta," Musk argued. "Early beta has many known issues. The reason we release it to a limited number of cars is to discover unknown issues."

But that line of reasoning sounds pretty hollow, limited rollout of cutting edge iterations of the software or not.

After all, the company is using its beta testers to finetune the software. And they're even paying for that privilege — in fact, Tesla announced this week that it's raising the price of the FSD beta access from $12,000 to $15,000 in the US.

As the CEO, Musk should almost certainly be encouraging beta testers to come forward and point out the many bugs the company still has squash.

In many ways, he owes it to them, especially considering that they're some of his most loyal fans.

More on FSD: Tesla's Jacking Up the Cost of Its Unfinished Self-Driving Feature Again

Read This Next
Please Elon
Why These Tesla Owners Are Going on a Hunger Strike Against Tesla
Streisand Effect
Hurry Up and Watch These Videos Tesla Wants Removed From the Internet
Kiddy League
Tesla Fans Put Child in Path of Moving Tesla on Self-Driving Mode
Tela Ransomware
Tesla Cuts Car's Range By 30%, Demands $4,500 to Get It Back
Where's Musko
7 Theories About Why Elon Musk Has Disappeared
More on Advanced Transport
Alert!
Sep 23 on the byte
Ford Wants Pedestrians to Download an App So Its Trucks Don't Run Them Over
Fly Boys
Sep 23 on the byte
JetBlue, Virgin Strike Deal to Buy Jet Fuel Made From Recaptured CO2
Crunch Time
Sep 23 on the byte
Tesla Updating Vehicles to Not Crush Passengers' Hands in Window
READ MORE STORIES ABOUT / Advanced Transport
Keep up.
Subscribe to our daily newsletter to keep in touch with the subjects shaping our future.
+Social+Newsletter
TopicsAbout UsContact Us
Copyright ©, Camden Media Inc All Rights Reserved. See our User Agreement, Privacy Policy and Data Use Policy. The material on this site may not be reproduced, distributed, transmitted, cached or otherwise used, except with prior written permission of Futurism. Articles may contain affiliate links which enable us to share in the revenue of any purchases made.
Fonts by Typekit and Monotype.