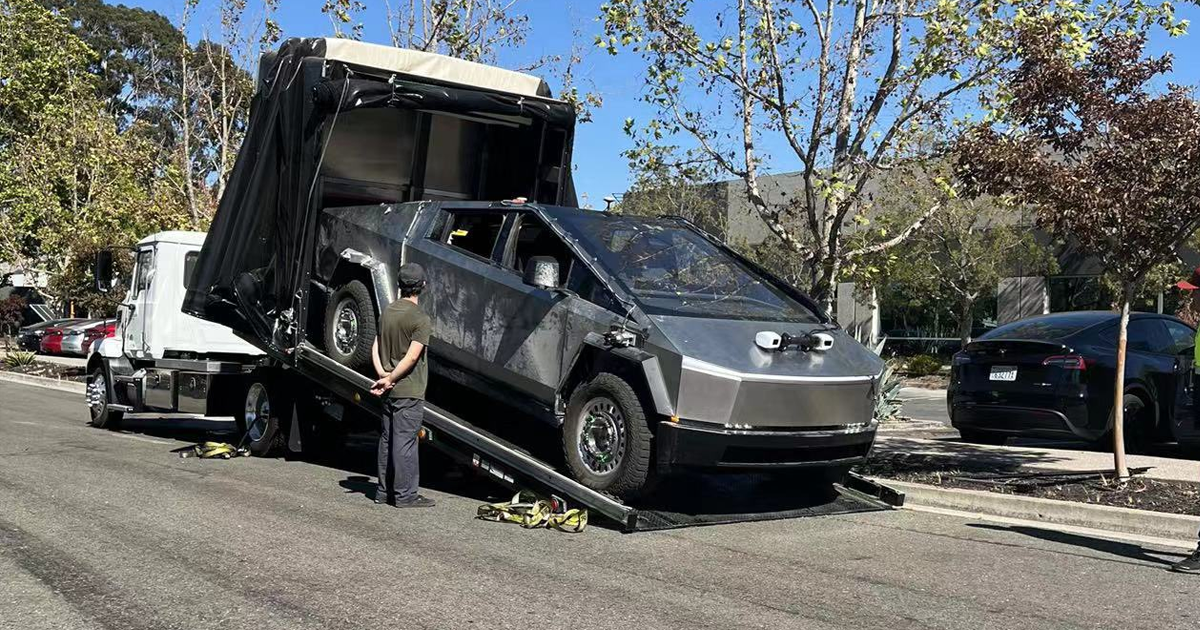 It's seen some things.

It's seen some things.

Onlookers spotted an extremely beat up looking Tesla Cybertruck — which has yet to actually ship to buyers — being towed on a public street.

The test vehicle appears to be in pretty rough shape, including a cracked windshield, dented fender, and possibly scratched side panels.

It's great that Tesla is putting the vehicle through its paces before fully rolling it out. But at the same time, the glimpse is reminiscent of the time Tesla chief designer Franz von Holzhausen accidentally smashed the purportedly reinforced "armor glass" with a hefty metal ball during the truck's unveiling almost three years ago.

can I borrow that pic.twitter.com/bZXuSktPN1

It's unclear what the company was using this particular test vehicle for, but given Tesla CEO Elon Musk's repeated promises of the pickup truck being able to survive pretty much anything — down to possibly the surface of Mars — it's not a stretch to assume they were testing its physical limits.

The vehicle in the image is also outfitted with what appear to be sensors and camera calibration equipment, as Teslarati points out.

And as spotted by eagle-eyed Twitter users, the Cybertruck still sports its unwieldy and arguably unsightly mega-windshield wiper.

On its website, Tesla claims the Cybertruck's "exoskeleton" is "made for ultimate durability and passenger protection" and is "nearly impenetrable." The "armor glass" is also designed to "redirect impact force for improved performance and damage tolerance."

Ever since it was unveiled three long years ago, we've only seen glimpses of the brutalist pickup truck. According to Musk, the truck will finally enter production some time next year, after years of delays.

Given the fact that Tesla is still hammering out the details, though — perhaps even literally in this case — we'll believe it when we finally see it.

More on Cybertruck: Even Ford's Electric F-150 Just Got a Massive Price Hike