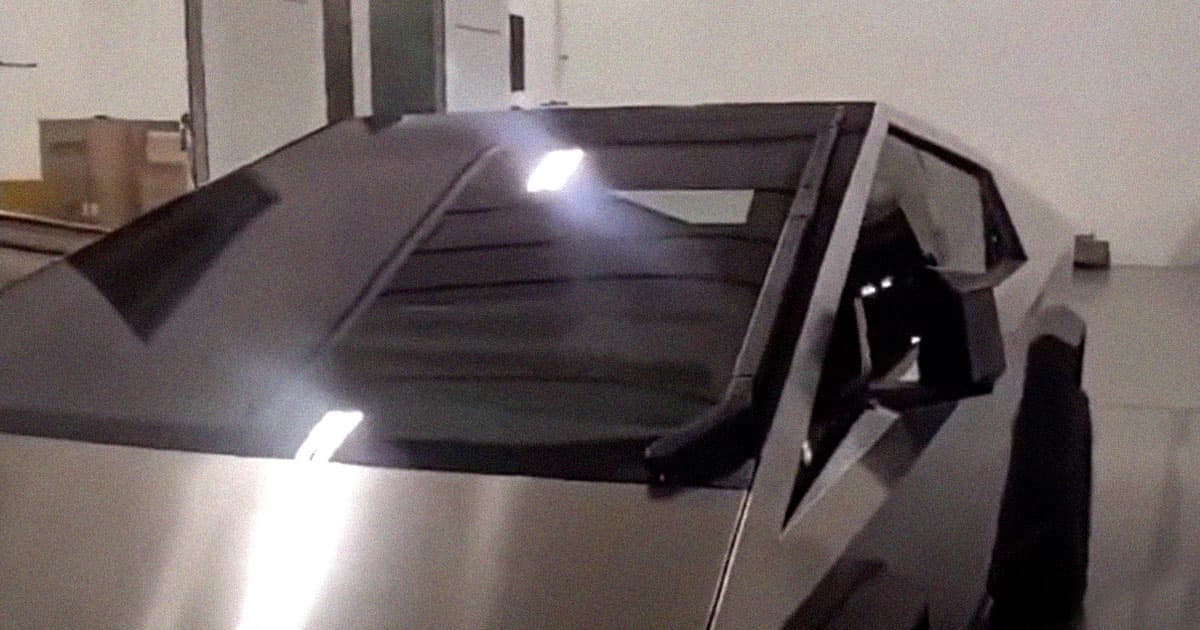 It's looking increasingly likely that Tesla's long-awaited Cybertruck isn't going to roll off the lot this year. And that's a shame, because it sounds like the pickup truck will be absolutely loaded with "quirks and features" that we can't wait to have a closer look at.

A recently leaked video shows a full walkaround of an early prototype of the brutalist truck. It's the first real closeup look of some of the truck's design elements — including its unbelievably huge windshield wiper.

Perhaps the video is a way to appease Tesla's most fervent supporters, who have been desperate to get their hands on one for over two years now, as some fans wasted no time noting on Twitter.

The first time we saw the mammoth wiper was courtesy of a drone video capturing the truck doing laps on a test track in November. And up close, it looks even larger and bulkier, spanning several feet of glass.

Oddly enough, as the person who is filming the walkaround video points out, it doesn't look like it will be able to keep the rain away from the entirety of the rectangular glass pane.

"Is that the [expletive] windshield wiper?" the person says in the video, according to hardcoded subtitles — the audio track was seemingly removed. "That's ridiculous."

Also notable is the vehicle's complete lack of door handles. According to the video, the door may open with the touch of a phone or keycard, similar to the company's other vehicles.

We still don't know when the Cybertruck will actually start shipping, but Tesla CEO Elon Musk hinted in a November tweet that he will "provide an updated product roadmap" on Wednesday's earning call.

"Oh man, this year has been such a supply chain nightmare and it’s not over!" he complained at the time.