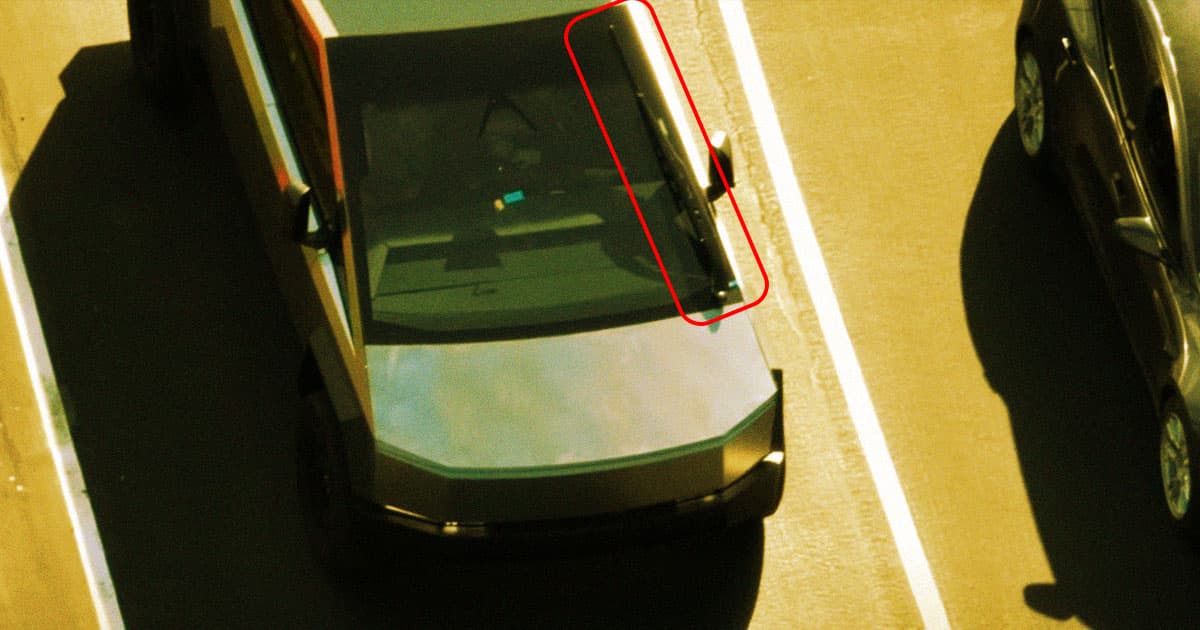 The Cybertruck Will Have a Single Absolutely Enormous Windshield Wiper

One wiper to rule them all.

One wiper to rule them all.

Tesla has had to make a rather awkward compromise when it comes to its upcoming and much-hyped Cybertruck — and we're not talking about the truck's overall controversial design language.

As spotted in recently released drone footage of the company taking the truck out for a spin on a test track, the vehicle will feature one ginormous windshield wiper, an accommodation for a very tall pane of glass.

The massive, wing-like wiper is yet another quirk of what is bound to be an already very quirky car — and, at worst, a potentially expensive design flaw that could cause future owners some serious headaches.

Tesla CEO Elon Musk appears to be painfully aware of the issue.

"The wiper is what troubles me most," he admitted in a Friday tweet in response to a user pointing out the "comically large windshield wiper."

"No easy solution," he added. "Deployable wiper that stows in front trunk would be ideal, but complex."

Musk and his team also had to resort to adding side-view mirrors, despite originally planning on replacing them with cameras and internally mounted screens.

The front end of the Cybertruck seen in the aerial footage also shows a softer, less angular hood and more conventional-looking headlights, as spotted by The Verge.

What other compromises did Tesla have to make in its development of the Cybertruck? We should find out soon — the company is still planning on shipping the first trucks early next year.