The Future of the World's Workforce: Is Your Job in Danger?

In the upcoming future we may see a technological revolution that paves a path to better professions for all of us. 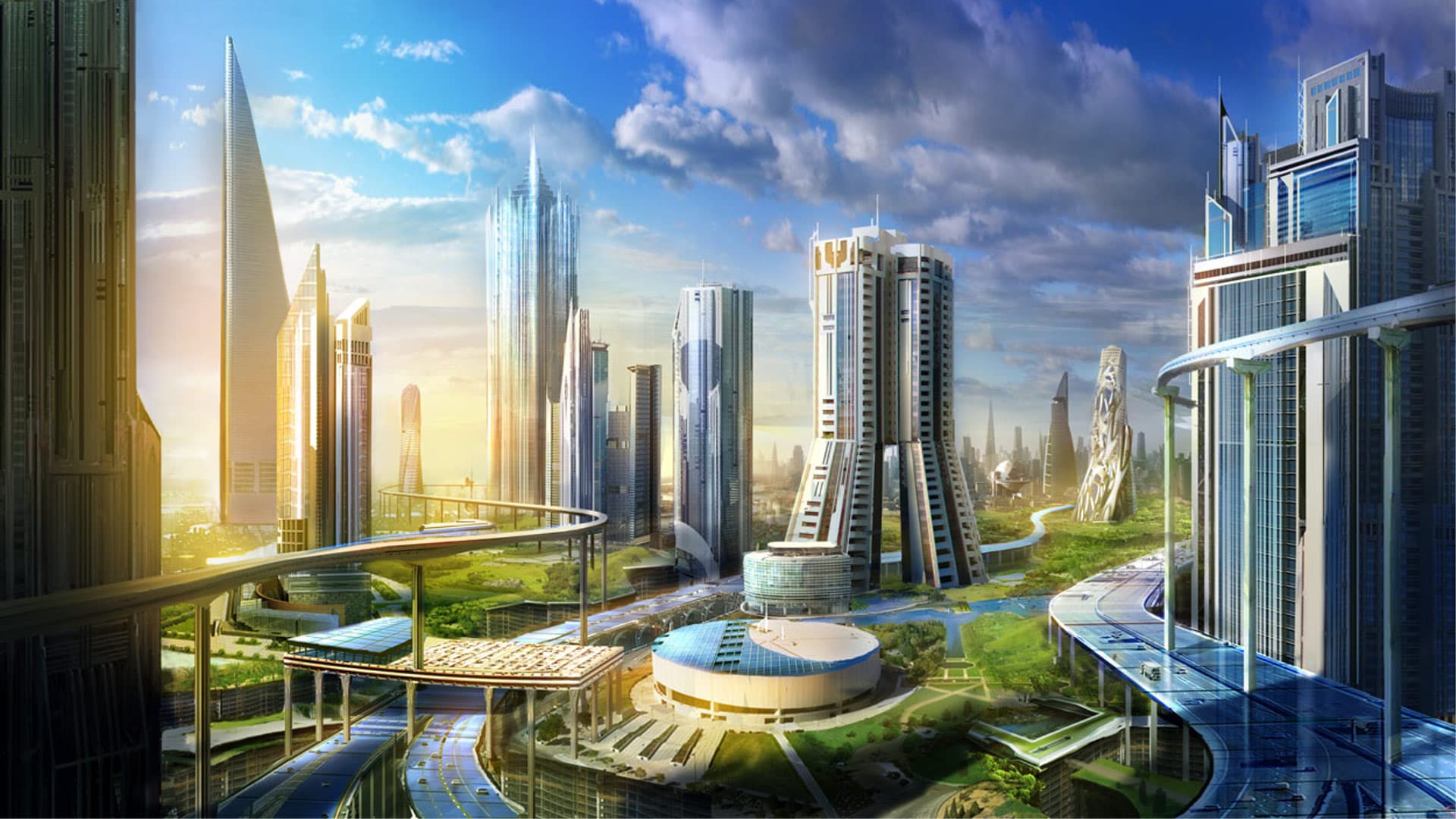 Technological progress continues unabated. The astonishing rate of growth has fueled heated debates about implications on the future of labor and the nature of work. A decade ago, few would have predicted that job categories like iOS development, product management, and search engine marketing would exist today. A world of 3D printed food, virtually free electricity, and unlimited computing power is on the horizon.

But what is the cost of a technological revolution? Will it remove humans from the equation? What impact will it toll on incomes, quality of life, and the education of our children? Many worry that the current innovations in automation, robotics, and artificial intelligence forebode economic upheavals of cataclysmic proportions, and that unemployment and starvation will abound.

A world of 3D printed food, virtually free electricity, and unlimited computing power is on the horizon.

There is nothing to worry about. Economies adapt. Current jobs will be destroyed, but many more and better jobs will be created. The world will be all the better for it. To give an example from the past, let’s take a step back to 1800. At that time, the vast majority of the population was farming, working 100-hour weeks, seven days a week, just to make ends meet. When the Industrial Revolution came, people feared that the new technology would cause massive unemployment. The Luddites started breaking automated looms, which they thought were taking away their jobs. The irony is that the number of weavers actually quadrupled between 1830 and 1900. The amount of labor required per yard of cloth fell by 98%. This made cloth cheaper and increased demand for it, which in turn created more jobs for weavers. Technology gradually changed the nature of the weaver’s job, and the skills required to do it, rather than replacing it altogether. In general, technology is massively deflationary, leads to radically lower prices, significantly increased demand and new jobs to fill that demand.

At the same time, as jobs get destroyed, new unexpected job categories appear. Whereas 200 years ago there was only one job, farmer, a century later there arose a second, factory worker. As more factory workers entered the labor force, factory jobs became fragmented, creating many more specialty jobs and ultimately advancing the economy. Later as factory jobs moved offshore, or were automated, we got new service jobs. This trend will continue with new job categories being created. Think about the jobs people do today. Many are repetitive, rote and fundamentally uninteresting. Many others are paper-pushing, or rubber-stamping rather than value producing. It’s fantastic for these jobs to be automated freeing up human capital for more interesting and productive work!

Many people look at the number of employees and technology companies and are worried that they are creating many fewer jobs that they destroy. Despite having hundreds of millions of users, Instagram and Whatsapp famously only had respectively 13 and 55 employees when they were acquired by Facebook for $1 billion and $19 billion. While the primary impact of technology has certainly destroyed some jobs, the second-order impact has created new ones on a much greater magnitude. For instance, do online retail platforms like eBay, Amazon Marketplace, and Alibaba have fewer employees than the stores they replaced? Absolutely. But how many people make a living on these platforms? Millions are actually fully employed on them! The way you measure a company’s employment is not just to count its direct employees, but to consider all the services and products that were necessary for it to exist, as well as all the businesses it created.

Those companies are just the tip of the iceberg. Platforms like Upwork have also created millions of jobs. Another case in point is the market opened up by Airbnb. Vacation rentals and apartment sublet have become multi-billion-dollar industries in their own right. The entire subletting market in the US was estimated at $1 billion a decade ago. This year Airbnb alone will do more than $10 billion in bookings! Many people now make a living or supplement their income renting apartments or their room on Airbnb. Despite the company’s success, the hotel industry continues to thrive.

The way you measure a company’s employment is not just to count its direct employees, but to consider all the services and products that were necessary for it to exist, as well as all the businesses it created.

It’s also worth pointing out that transitions are slower than many suspected. It takes a while for regulations and cultural norms to change and adopt the technology. It also takes a while for the technology to reach a price point where it can replace humans in 100% of cases. With self-driving cars, for instance, the jobs now held by the 3.6 million drivers in the US will not disappear overnight. Many humans are not yet comfortable giving up driving. It’s still unclear who is liable in the case of an accident by a self-driving car. Most importantly, they are still cost-prohibitive. Once the technology is fully ready, it will first replace humans in cases where it makes the most economic sense, long distance trucking perhaps. It will only seep into the mass market as prices decline and it becomes more culturally and socially accepted.

In spite of all of the evidence, many people cannot wrap their heads around how the destruction of jobs can actually lead to new jobs. They have fallen victim to what economists term the “Lump of Labor Fallacy,” which is the contention that the amount of work available to laborers is fixed. These people conclude that they will become unemployed if their jobs are destroyed or if other people agree to take those jobs at lower wages. But demand for labor is actually not fixed.

When the 35-hour workweek was adopted in France, the French reasoned that, if people now worked 40 hours weekly, and this was reduced to 35 hours, employment would increase. This was totally wrong, and the only result was that demand for labor decreased.

But demand for labor is actually not fixed.

To take an example from immigration, in 1980, Fidel Castro emptied Cuba’s jails and sent all the convicts to Miami, Florida. Between April and October of that year, during the Mariel boatlift around 125,000 Cubans relocated. Miami had a population of 800,000 at that time. Due to the massive increase in Miami’s population, the locals feared that Cuban immigrants would take all of their jobs. In reality, the unemployment rate of Miami actually declined. The Cubans were able to find jobs, many of which never existed before. The increased population created a demand for more housing, grocery stores, hair salons, barbershops, and retail outlets. As the population increased, the demand for new business increased as well.

Idle labor finds a use, whether its cause originates from artificial intelligence, robots or immigration. I cannot tell you what that use will be, the same way that 100 years ago people had no idea that the jobs of the future would include airplane pilot or web developer.

In general, technology leads to the more efficient allocation of labor. If technology replaces people, they suddenly become free and start doing new more productive work. Even if these people do not find a more productive channel for their labor, the benefit to society of their replacement is greater than the cost. Similarly, when US steel industry was being destroyed, the government imposed a high tariff on imported steel. It increased the cost of goods that use steel (such as cars) for everyone else. Estimates suggest that each job saved cost $550,000 annually! It would have been better to just give these people $50,000 and retrain them, and not impose the tariffs at all.

As technology makes things dramatically cheaper, it makes us dramatically wealthier as we can buy much more with the same level of income. As a result, many people will choose to work less, because they will need less in order to live. Technology already allows us to work much less now than our ancestors did in the past. 100 years ago most people took no vacation. They worked seven-day work weeks until the advent of weekends, which first emerged as one-day breaks, before evolving into the two-day weekend we know today. As people became richer, they have increasingly chosen to work less. We no longer work 100 hours/week. In the US, people now work on average 39 hours per week. We have decided to take more vacation time, work less, and our quality of life has dramatically improved. That trend will continue as technology continues to decrease our cost of living across the board.

That trend will continue as technology continues to decrease our cost of living across the board.

So ask yourself again. As society continues to advance technologically, is the world at risk of massive unemployment and dire poverty? Absolutely not. Quite the contrary, we are on the eve of an extraordinary revolution where we will all know abundance and where starvation and extreme poverty will be a thing of the past. This future can’t get here quickly enough!

This article originally appeared at fabricegrinda.com