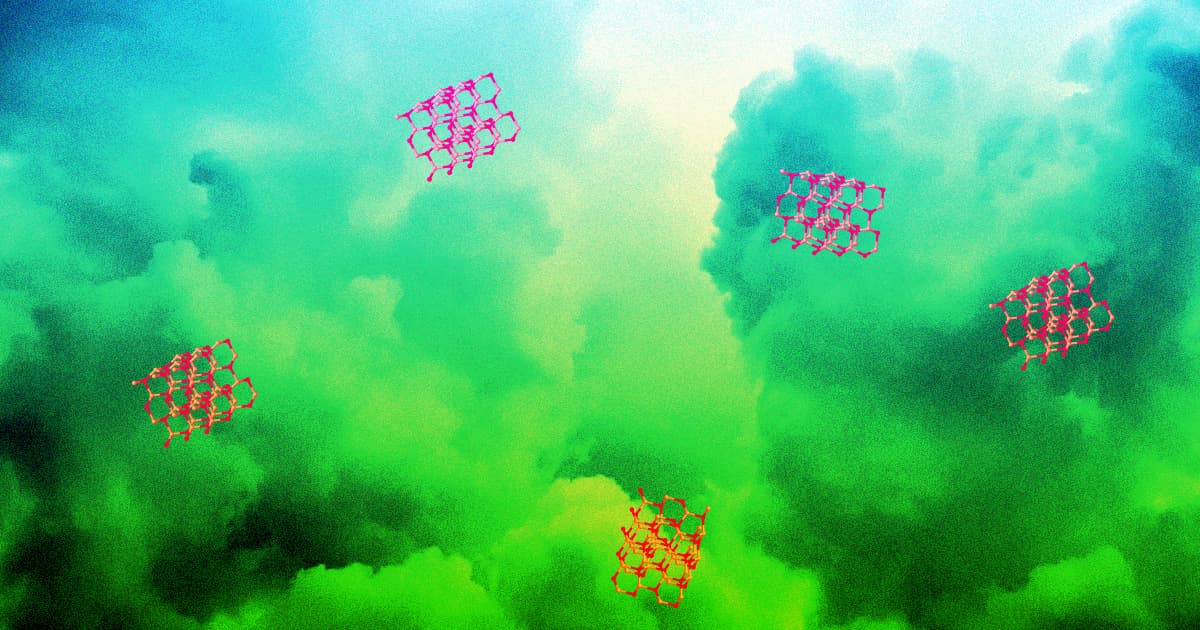 Eight US states are now using a technique called "cloud seeding" to encourage clouds to form and provide drought-stricken regions with some much needed water, Scientific American reports.

The idea of cloud seeding has been around for decades, since at least the 1940s, but the practice couldn't be more relevant today as temperatures rise, increasing the risk of droughts. In fact, some researchers are now warning of increasing risks of "megadroughts" that could last for decades.

"Certainly we’re in a better position now to address that question than we were 10 years ago," Jeff French, an atmospheric scientist at the University of Wyoming, told SA. "The state of the science has progressed to the point that it is a question that we can and should be trying to address now."

"Water managers basically have two choices, and both of them are implemented," French told the magazine. "One is to somehow reduce the demand through conservation, and the other is to somehow increase the supply. And cloud seeding is a relatively inexpensive proposition."

There's one big problem, however: we're not entirely sure how well it works. Experiments throughout the second half of the 20th century have yielded disappointing results.

But that's not stopping states including Colorado, Utah, and Wyoming from attempting to make it rain using the technique. Some programs, according to Scientific American, saw an increase of five to 15 percent more snowfall compared to areas with no cloud seeding — yet these programs were unable to scientifically prove a causal link between cloud seeding and more snow.

But with a rapidly changing climate, it's arguably worth trying every trick in the book to save drought-prone regions.

Read This Next
Dry Dock
The Top 13 Wildest Objects That Terrible Droughts Have Revealed
Wake-up Call
The American West's "Megadrought" Is The Worst It's Been in 1,200 Years
Futurism
California's Future Is Dry, Wet, and Scary
Futurism
Cape Town Has More Time to Solve Its Water Crisis. How Will It Use It?
Futurism
Cape Town Is Running Out of Water. Can We Prevent A Global Crisis?
More on Earth & Energy
Save Yourselves
Yesterday on the byte
Furious Marsupial So Thirsty For Sex That It’s Dying, Scientists Warn
Stem Ware
Feb 3 on the byte
Scientists Discover World's Oldest Preserved Vertebrate Brain
From Bad to Worse
Feb 2 on the byte
Global Warming Is Worse Than We Thought, AI Tells Scientists
READ MORE STORIES ABOUT / Earth & Energy
Keep up.
Subscribe to our daily newsletter to keep in touch with the subjects shaping our future.
+Social+Newsletter
TopicsAbout UsContact Us
Copyright ©, Camden Media Inc All Rights Reserved. See our User Agreement, Privacy Policy and Data Use Policy. The material on this site may not be reproduced, distributed, transmitted, cached or otherwise used, except with prior written permission of Futurism. Articles may contain affiliate links which enable us to share in the revenue of any purchases made.
Fonts by Typekit and Monotype.