Some of your brain cells might contain tiny, magnetic crystals. 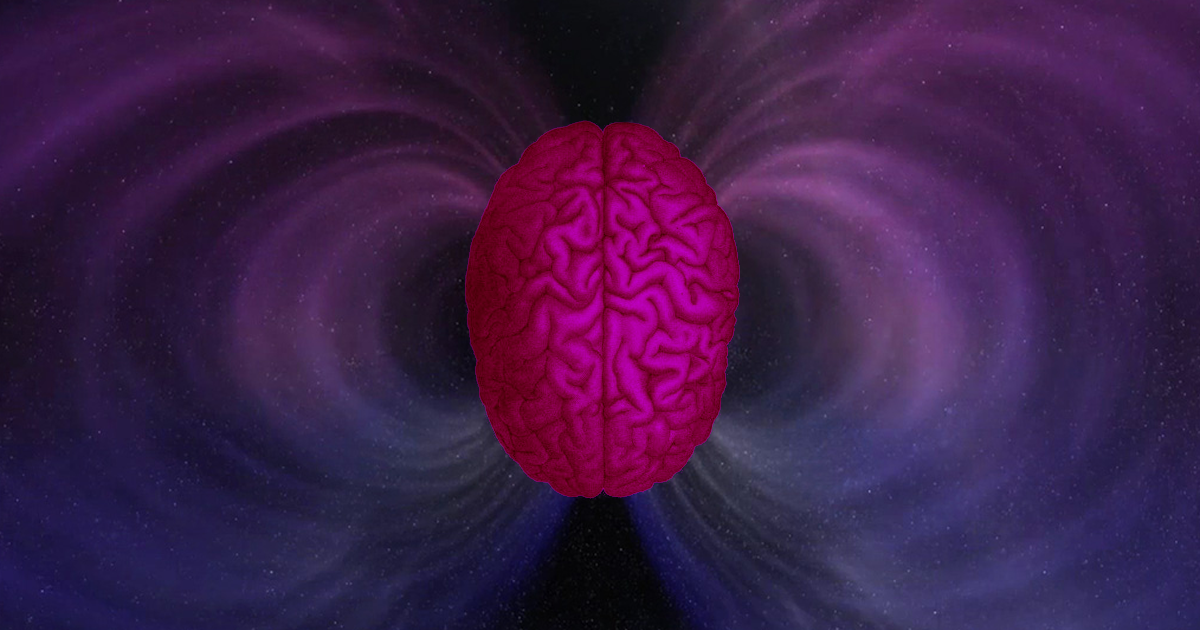 Many animals, including certain birds and turtles, can find their way while migrating by sensing the Earth's magnetic field. But humans never seemed to possess the ability to feel the earth's magnetism — up until scientists pulled off a new experiment published Monday in the journal eNeuro.

"For the first time in humans, clear responses to magnetic field changes were observed," Michael Winklhofer, a biologist at Carl von Ossietzsky University of Oldeburg who did not work on the new research told Gizmodo. "Even though the magnetic field was not consciously perceived in the test persons that showed brain responses to the field, the study invites [other scientists] to follow up research to understand the mechanism by which the magnetic field elicits neuronal activity."

The scientists looked at the brain scans of people in an enclosed room where they generated a shifting magnetic field. As the field changed directions, parts of some participants' brains' electrical activity shifted as well.

A major caveat to this research: the participants had no conscious knowledge that their brains were responding to a simulated shift in Earth's magnetic pole, so scientists don't yet know whether there are any behavioral or physiological implications to their findings.

"It is one thing to find a subtle change in brain activity in response to a weak magnetic field, and another thing to show that people really detect and use magnetic field information in a meaningful way," University of North Carolina biologist Kenneth Lohmann, who also did not contribute to the research, told Gizmodo. Lohmann also called the research "fascinating and provocative."

The scientists who conducted the brain scan study suspect that humans capable of this magnetoreception may have some sort of vestigial abilities from our genetic ancestors. This research didn't answer how it works, but researcher Joseph Kirschvink, a Caltech geophysicist who worked on the study, suspects some brain cells may contain tiny, magnetic crystals.

"Magnetoreception is a normal sensory system in animals, just like vision, hearing, touch, taste, smell, gravity, temperature, and many others," Krischvink told Gizmodo. "All of these systems have specific cells that detect the photon, sound wave, or whatever, and send signals from them to the brain, as does a microphone or video camera connected to a computer. But without the software in the computer, the microphone or video camera will not work. We are saying that human neurophysiology evolved with a magnetometer — most likely based on magnetite — and the brain has extensive software to process the signals."

Read This Next
Buzz Buzz
Scientists Hijack Fruit Fly Brains to Remote Control Their Wings
Heady Stuff
Experiment Suggests That Consciousness May Be Rooted in Quantum Physics
Gene-Hacked Blood Suckers
Residents Furious at Release of 500 Million Gene-Hacked Mosquitoes
Brain Freeze
Colleges Are Mailing Brains to Students to Dissect at Home
Brands We Love
Hone Your Mind with this Speed Reading & Memory Mastery Bundle
More on Hard Science
Warped Tour
Feb 2 on futurism
Professor Believes Door to Warp Drive May Lie With Ethylene Glycol
Sky Bursts
Feb 2 on the byte
Astronomers Intrigued by 25 Mysterious Repeating Radio Signals From Deep Space
Tractor Beam
Jan 26 on the byte
Scientists Build Working Tractor Beam, Although It's Comically Tiny
READ MORE STORIES ABOUT / Hard Science
Keep up.
Subscribe to our daily newsletter to keep in touch with the subjects shaping our future.
+Social+Newsletter
TopicsAbout UsContact Us
Copyright ©, Camden Media Inc All Rights Reserved. See our User Agreement, Privacy Policy and Data Use Policy. The material on this site may not be reproduced, distributed, transmitted, cached or otherwise used, except with prior written permission of Futurism. Articles may contain affiliate links which enable us to share in the revenue of any purchases made.
Fonts by Typekit and Monotype.