A breakthrough finding could solve the mystery of conscious thought. 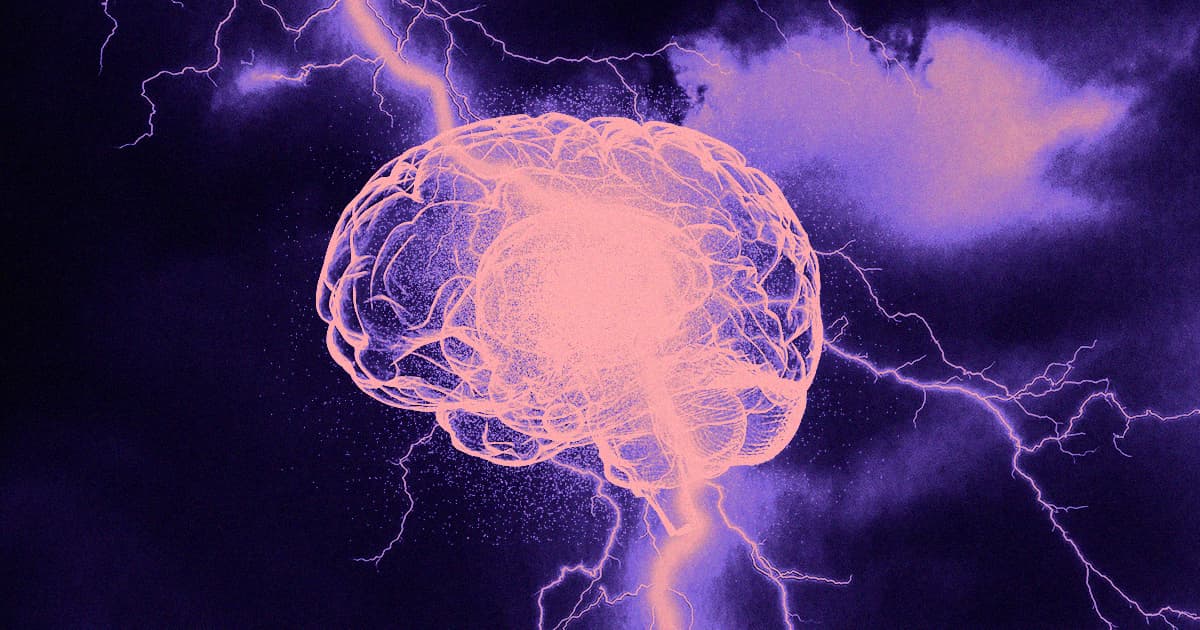 Back in the middle of the 19th century, a physician named William Carpenter theorized that a part of the brain called the sensory ganglion was the "seat of consciousness." He was wrong — we now know that what he called the sensory ganglion, since renamed the thalamus, is more of a switchboard for most of our senses. But the mystery of where consciousness comes from remained unsolved.

Now we may finally have an answer. An international team of neuroscientists from universities and hospitals spanning the Americas and Europe say that they've determined the neurological signature for consciousness. Rather than a specific chunk of the brain that's responsible for consciousness, the researchers say they've located a brain-wide pattern of activity that's only present when people are awake and responsive.

To track down the elusive consciousness pattern, scientists scanned the brains of 159 people from Liège, New York, Ontario, and Paris using a Functional Magnetic Resonance Imaging (fMRI) system, which is a common tool in neuroscience research that reveals not only the structure but the activity levels of someone's brain.

The findings, published in the journal Science Advances on Wednesday, describe how those brain scans let the the team of neuroscientists isolate four distinct patterns of neurological activity that correlated with a person's level of consciousness.

The first pattern, and most complex, showed high-level, efficient coordination across wide swaths of the brain. This pattern was more prevalent in participants who were awake and healthy but less so in participants with unresponsive wakefulness syndrome as well as those were in a minimally conscious state, according to the research.

In contrast, a separate pattern emerged in unresponsive people's brains that was less complex and more linked to specific brain regions, suggesting a lower level of coordination within the brain. The other two patterns, the researchers suggest, exist as transition states between the two other patterns.

Ultimately, the researchers concluded, consciousness stems from the ability of the brain to process information using its various specialized lobes and cortices in concert. Meanwhile, when in less conscious states — or, their research suggests, when a conscious person loses focus — brain activity is more isolated and limited to the specific, local connections within and between parts of the brain.

The work needs to be further vetted — the team of neuroscientists conclude its paper with a call for research into how these patterns can be altered through injury, drugs, or other factors. But going forward, we finally know where to find the brain activity that lets us experience the world.

Read This Next
Buzz Buzz
Scientists Hijack Fruit Fly Brains to Remote Control Their Wings
Heady Stuff
Experiment Suggests That Consciousness May Be Rooted in Quantum Physics
Gene-Hacked Blood Suckers
Residents Furious at Release of 500 Million Gene-Hacked Mosquitoes
Brain Freeze
Colleges Are Mailing Brains to Students to Dissect at Home
Brands We Love
Hone Your Mind with this Speed Reading & Memory Mastery Bundle
More on Hard Science
Tractor Beam
Thursday on the byte
Scientists Build Working Tractor Beam, Although It's Comically Tiny
Having a Blast
Jan 18 on the byte
New Study Shows Where You Should Hide to Survive a Nuclear Attack
Offworld Amino
Jan 15 on the byte
Scientists Find Building Blocks of Life in Meteor That Smashed Into Family's Driveway
READ MORE STORIES ABOUT / Hard Science
Keep up.
Subscribe to our daily newsletter to keep in touch with the subjects shaping our future.
+Social+Newsletter
TopicsAbout UsContact Us
Copyright ©, Camden Media Inc All Rights Reserved. See our User Agreement, Privacy Policy and Data Use Policy. The material on this site may not be reproduced, distributed, transmitted, cached or otherwise used, except with prior written permission of Futurism. Articles may contain affiliate links which enable us to share in the revenue of any purchases made.
Fonts by Typekit and Monotype.