The Drift W1 is supposed to be the next (rolling) step in the hoverboard craze. 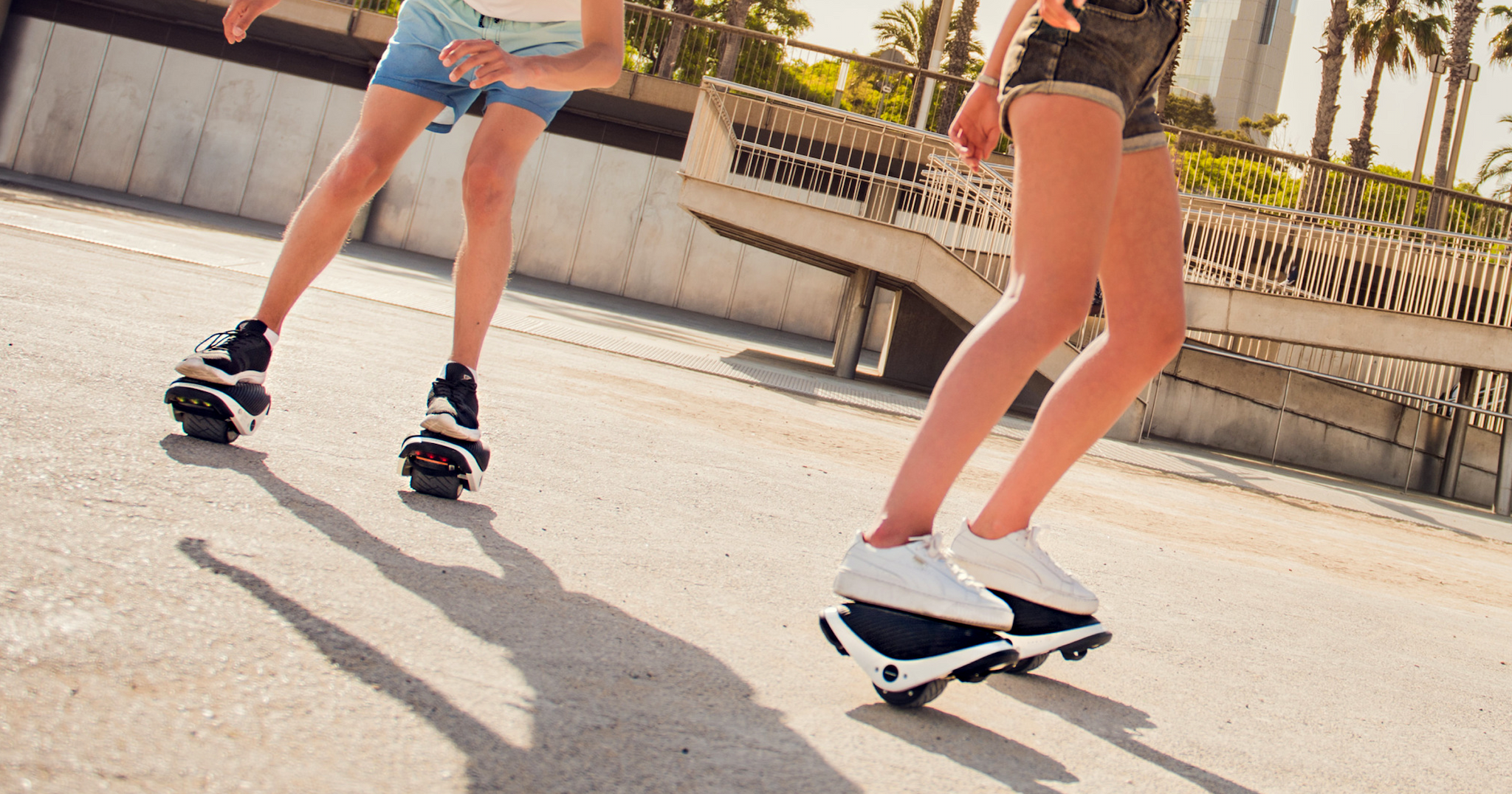 Hold onto your rapidly accelerating, non-locomoting feet — Segway is back with a new product: Segway skates.

As Fast Company reported, the company best known for making tourists stand out even more hilariously has met its crowdfunding goal for The Drift W1, a pair of self-balancing e-skates. In fact, the Indiegogo campaign raised almost 30 times its funding goal, with two weeks to spare.

Wondering where Segway has been over the past few years? Well, the company's actually been around, making a decent bit of money after being purchased by Ninebot, a Beijing robotics company that makes little self-balancing helper bots.

Let’s not ignore the extremely dumb-looking elephant in the room. If you thought scooters were annoying, just wait until the sidewalks are flooded by bros zipping around on their high-tech Heelys. Segway plans on shipping The Drift W1 to Indiegogo backers in October. The company is hoping to capitalize on the hoverboard craze, though at a retail price of $499 (a hoverboard typically runs about $200) it’s unclear if these skates can ever become as popular.

READ MORE: Segway is back, and it’s coming for your last shred of dignity [Fast Company]

More on Segway: This Segway Turns into a Ridable Robot

Read This Next
Critical Flaws
Tesla Reportedly Sold Batteries It Knew Could Catch Fire
RIP
Segway Is No Longer Making Its Famous Two-Wheeled Scooter
Shuttle Butt
We Took a Ride on NYC's First Self-Driving Shuttle
Dangerous Autonomy
Video Shows Tesla Autopilot Steering Toward Highway Barriers
Tiltrotor Down
A "Tiltrotor" Helicopter May Replace the Army's Black Hawk
More on Advanced Transport
Battery Trouble
6:30 PM on the byte
Tesla "Spontaneously" Bursts Into Flames While Driving Down Freeway
High Tide
Jan 27 on the byte
We’re in Awe of Amsterdam’s Huge Underwater Bike Parking Garage
Quelle Surprise!
Jan 26 on the byte
Of Course Elon Musk Is Pushing The Cybertruck Back Again, What Did You Expect?
READ MORE STORIES ABOUT / Advanced Transport
Keep up.
Subscribe to our daily newsletter to keep in touch with the subjects shaping our future.
+Social+Newsletter
TopicsAbout UsContact Us
Copyright ©, Camden Media Inc All Rights Reserved. See our User Agreement, Privacy Policy and Data Use Policy. The material on this site may not be reproduced, distributed, transmitted, cached or otherwise used, except with prior written permission of Futurism. Articles may contain affiliate links which enable us to share in the revenue of any purchases made.
Fonts by Typekit and Monotype.