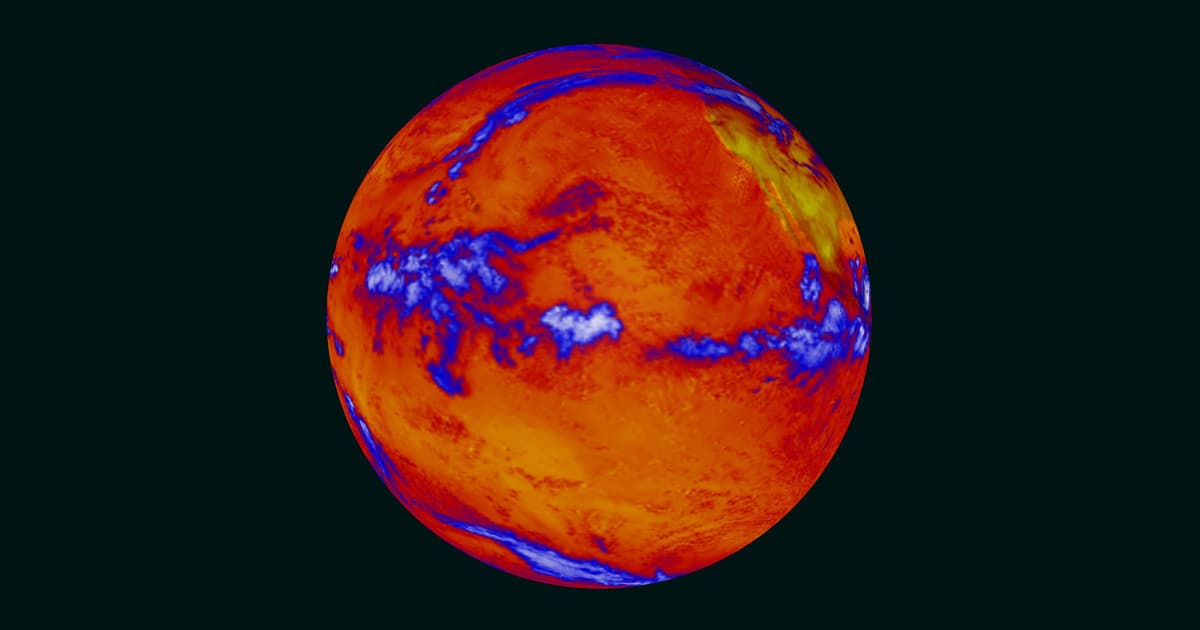 After analyzing data from the 1950s through 2019, an international team of scientists determined that the average temperature of the world's oceans in 2019 was 0.075 degrees Celsius (.135 degrees Fahrenheit) higher than the 1981–2010 average.

That might not seem like a significant amount of warming, but given the massive volume of the oceans, an increase even that small would require a staggering influx of heat — 228 sextillion Joules' worth, according to the scientists' study, which was published in the journal Advances in Atmospheric Sciences on Monday.

That's a hard number to contextualize, so one of the scientists behind the study did the math to put it into an explosive frame of reference — by comparing it to the amount of energy released by the atomic bomb the United States military dropped on Hiroshima, Japan, in 1945.

That averages out to four Hiroshima bombs' worth of energy entering the oceans every second for the past 25 years. But even more troubling, the rate isn't holding steady at that alarming figure — it's increasing.

In 2019, ocean warming was equivalent to "about five Hiroshima bombs of heat, every second, day and night, 365 days a year," study author John Abraham, from the University of St. Thomas in Minnesota, told Vice.

"The less technical term is: It’s a shit-ton of energy," he said — and it's already having a huge impacting the environment.

Ice is melting faster, causing sea levels to rise. Dolphins and other marine life are dying because they can't adapt quickly enough. Even the increase in the amount of water evaporating into the atmosphere due to the heat is negatively impacting on our planet.

"It makes hurricanes and typhoons more powerful, and it makes rainfall more intense," Abraham told Vice. "It puts our weather on steroids."