Like a long dormant curse, the doppelganger returns every 27 million years. 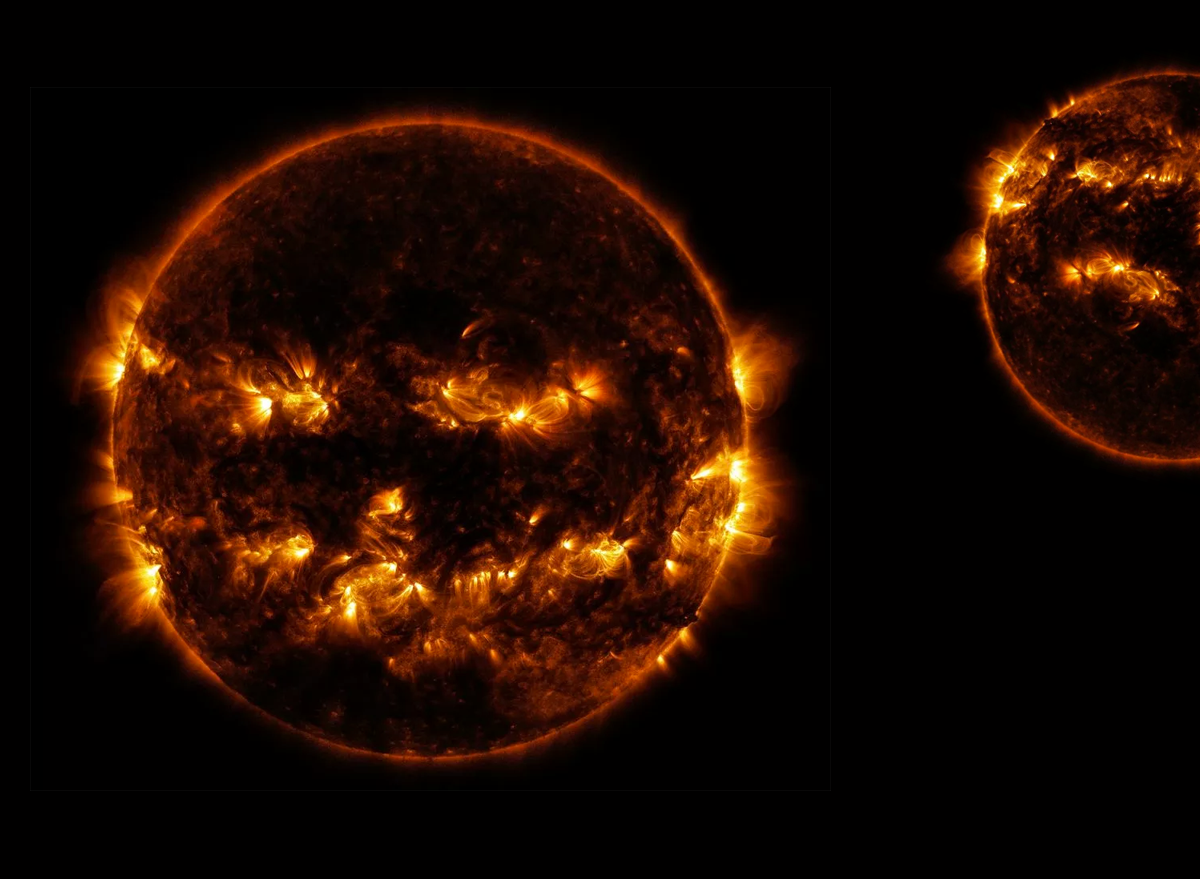 We have long known that the dinosaurs were killed by a catastrophic comet impact with the Earth's surface but what if there was some foul play afoot? Astronomers have discovered that our sun may have been born with a twin, and an evil one, at that. One hypothesis states that every 27 million years, the evil twin, aptly dubbed Nemesis, returns to wreck havoc on the solar system. They believe that the star lobs a few meteors in our direction as it makes its may through the outer limits of the solar system.

Research has lead scientists to believe that most stars are born with at least one sibling. According to UC Berkeley astronomer Steven Stahler, "We ran a series of statistical models to see if we could account for the relative populations of young single stars and binaries of all separations in the Perseus molecular cloud, and the only model that could reproduce the data was one in which all stars form initially as wide binaries."

Read This Next
Hubble Tension
Most Precise Measurements of the Universe Suggest That Something Is Very Wrong
Separated at Birth
Harvard Astronomers Propose That Our Star System Used to Be Binary
Yeet!
This Star Appears to Have Survived a Supernova
Bright Streaks
Scientists: SpaceX Satellites Threaten "Astronomy Itself”
Three-Body Problem
This Neural Network Quickly Solves a Major Astronomical Problem
More on Hard Science
It From Bit
Nov 22 on the byte
A Scientist Is Crowdfunding an Experiment to Check if We Live in a Simulation
Water Carrying
Nov 20 on the byte
Evidence Grows That Soggy Meteorites Gave Earth Its Oceans
Shroom News
Nov 20 on the byte
Scientists Build Circuit Boards Based on Mushrooms
READ MORE STORIES ABOUT / Hard Science
Keep up.
Subscribe to our daily newsletter to keep in touch with the subjects shaping our future.
+Social+Newsletter
TopicsAbout UsContact Us
Copyright ©, Camden Media Inc All Rights Reserved. See our User Agreement, Privacy Policy and Data Use Policy. The material on this site may not be reproduced, distributed, transmitted, cached or otherwise used, except with prior written permission of Futurism. Articles may contain affiliate links which enable us to share in the revenue of any purchases made.
Fonts by Typekit and Monotype.