"The hope is that you’ll be able to charge your electric car while you’re driving down the highway." 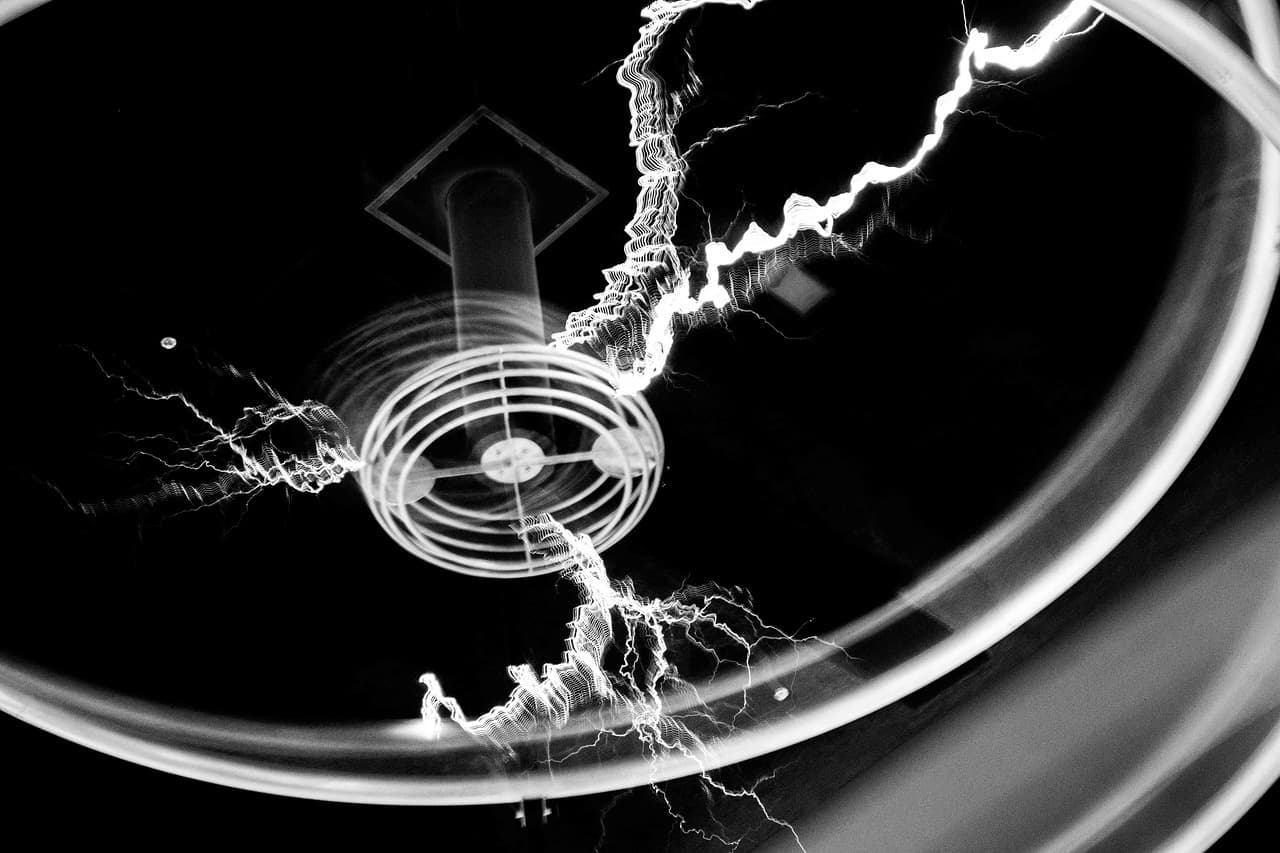 Charge As You Drive

Nikola Tesla envisioned supplying power to the world without the need for a tangle of wires strung everywhere. The closest he ever came to realizing wireless transmission was the Tesla coil, which he created in 1891. However, his dreams were much bigger, encompassing a global wireless power grid that any home, business, or vehicle could tap into at will.

Now, researchers at Stanford University think they may have gotten the wireless charging technology right, as they've been able to transmit electricity wirelessly to a moving object nearby. If their technology is scalable, they may have discovered a way to allow electric cars to recharge as they're in motion, eliminating issues of charging station availability and EV battery range. If that final hurdle is truly overcome, electricity could easily become the standard vehicle fuel worldwide.

Senior study author and professor of electrical engineering Shanhui Fan said in an interview for Stanford News, “We still need to significantly increase the amount of electricity being transferred to charge electric cars, but we may not need to push the distance too much more.”

As the team described in their recently published Nature study, the transmission achieved was much smaller than would be needed to power vehicles. However, they did reach a kind of mid-range wireless power transfer based on magnetic resonance coupling. Electricity coursing through wires creates an oscillating magnetic field, and it's this field that causes a nearby coil's electrons to oscillate. This in turn transmits power wirelessly. However, it's a complex process and is only efficient when the oscillating coils are tuned with respect to the moving object.

Until now, this has been one of the primary problems for wireless energy transmission, because there hasn't been a way to get the coils to automatically tune to moving objects. The researchers solved this problem by using a feedback resistor and voltage amplifier system to detect where it should be tuned to without help from humans.

This research is part of an overall push toward safer, clean energy highways with more manageable traffic that will eventually support self-driving cars.

“In theory, one could drive for an unlimited amount of time without having to stop to recharge,” Fan explained in the interview. “The hope is that you'll be able to charge your electric car while you're driving down the highway. A coil in the bottom of the vehicle could receive electricity from a series of coils connected to an electric current embedded in the road.”

With coils embedded in the roads, we could eventually enjoy a totally automated highway system. Self-driving electric vesicles could be wirelessly charged en route, and GPS and other navigation systems would also be powered wirelessly. How different is this outcome compared to Tesla's vision of the global power grid?

His “World Wireless System” would have dotted the globe with wireless towers that transmitted power — along with data — to each other, and individual users could tap into the network with antennae. Although his plan never got past the first tower, which was demolished exactly 100 years ago, his vision of the future was really very accurate. Now that the Stanford team has this piece in place, hopefully we'll see the rest of it happening soon.

Read This Next
Remember Donald?
Donald Trump Goes on Bizarre Rant Against Electric Cars
Piercing The Hype
If Graphene Batteries Do Everything Scientists Say, They Could Be a Gamechanger
End of the Road
Volkswagen Will Launch Its Last Gas-Powered Cars in 2026
Electric Assist
China Forces Tesla and Other EV Makers to Turn Over Driver Data
Futurism
EVs Can't Change the World Until We Change How We Sell Them
More on Earth & Energy
Sun Shield
Wednesday on futurism
Scientists Increasingly Calling to Dim the Sun
Oversharing 101
Monday on the byte
Bill Gates Reflects on Drinking Product of Fecal Sludge
Battery Powered
Nov 17 on the byte
Startup Says It's Building a Giant CO2 Battery in the United States
READ MORE STORIES ABOUT / Earth & Energy
Keep up.
Subscribe to our daily newsletter to keep in touch with the subjects shaping our future.
+Social+Newsletter
TopicsAbout UsContact Us
Copyright ©, Camden Media Inc All Rights Reserved. See our User Agreement, Privacy Policy and Data Use Policy. The material on this site may not be reproduced, distributed, transmitted, cached or otherwise used, except with prior written permission of Futurism. Articles may contain affiliate links which enable us to share in the revenue of any purchases made.
Fonts by Typekit and Monotype.