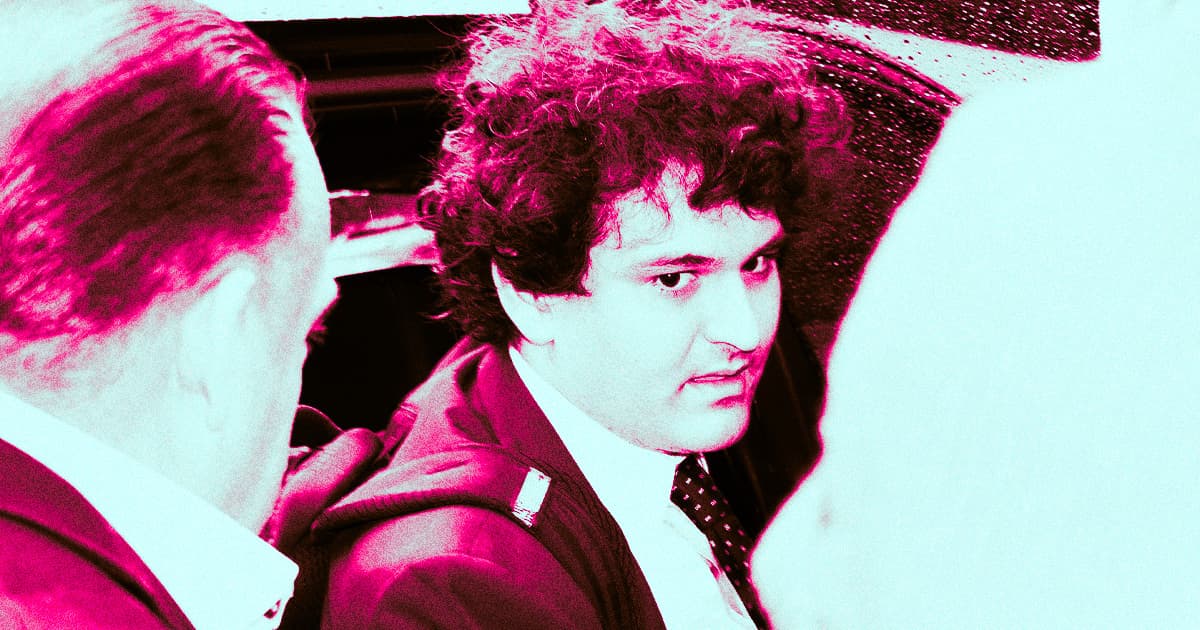 Image by Gotham via Getty / Futurism

Pre-arrest, he posted long rants on Twitter, and against all sane legal advice has gone on numerous talk shows, panels, and otherwise ill-advised outlets to say various versions of "I fucked up but definitely not criminally." Post-arrest, he's inexplicably chosen to continue the pattern — presumably to the dismay of SBF's current legal counsel, considering that his former lawyers jumped ship as a result of the ex-exec's "incessant and disruptive tweeting."

That said, it might be of no surprise to you to learn that the 29-year-old crypto founder — who after spending a few days in a rat-infested Bahamian prison, is now comfortably on house arrest at his Stanford professor parents' house in California — has decided to take his unquiet-able mouth to a new platform: Substack.

It's true. Presumably cooped up on a beanbag chair somewhere in his childhood home, SBF decided that his next move should be to air his grievances on the popular newsletter platform — legally savvy, we're sure. And as for his first Substack's contents, its, uh, it's a lot.

SBF of FTX has recently released a Substack today.

He initially had payments added to support the Substack.

They have since been removed. pic.twitter.com/NYq6ZYN4Ka

Well, it's a lot, but is also a bunch of stuff that he's already said on his apology tour. Using a lot of bullet points, Bankman-Fried once again tries to walk a fairly impossible line between self-deprecation while also blaming everything that went wrong on others, namely Changpeng "CZ" Zhao — Binance CEO and SBF frenemy who's widely credited with knocking down FTX's first domino by launching a sell-off of FTT, FTX's native crypto token — and those at the helm of the SBF-founded hedge fund Alameda Research, which Bankman-Fried has been very much trying to distance himself from since the crash. (Though he doesn't actually say her name, it's worth noting that Alameda was helmed by ex-CEO Caroline Ellison, Tumblr queen and Bankman-Fried's rumored ex.)

"Three things combined together to cause the implosion," he writes, listing:

"Then came CZ's fateful tweet," he continued, referring to the CZ tweet that launched a thousand FTT-selling ships, "following an extremely effective months-long PR campaign against FTX — and the crash."

So, as you can see, SBF totally had nothing nothing nothing to do with it. Especially, as he writes, because he hasn't even "run Alameda for the past few years" — a claim that he repeats several times, in a number of ways, throughout his first foray into self-publishing. (Recent reporting from The Wall Street Journal, it's worth noting, paints a startlingly different picture of SBF's involvement with the hedge fund. From what they can tell, he still played a critical role in Alameda's day-to-day.)

"No funds were stolen," SBF announced. "Alameda lost money due to a market crash it was not adequately hedged for — as Three Arrows and others have this year. And FTX was impacted, as Voyager and others were earlier."

But SBF doesn't just have thoughts on what happened to cause the crash. He also has a lot to say about what happened after the crash — and rest assured, it's once again not his fault. It's apparently the fault of Sullivan & Cromwell, FTX's longtime lawyers, who were too eager to push SBF out. And actually, if he'd been allowed to remain as FTX's CEO, he could've found the several billions of dollars needed to make FTX International — which he carefully attempts to separate from the allegedly solvent FTX US — liquid and its customers whole.

"If FTX had been given a few weeks to raise the necessary liquidity, I believe it would have been able to make customers substantially whole," Bankman-Fried wrote in the post. "I didn't realize at the time that Sullivan & Cromwell — via pressure to instate [FTX's new CEO, John Jay Ray III] and file Chapter 11, including for solvent companies like FTX US — would potentially quash those efforts."

To be fair, it can definitely be argued that Sullivan & Cromwell shouldn't be working on FTX's ongoing bankruptcy court case, considering that they made millions of dollars off the company before its collapse. Even so, the narrative that SBF seems so desperate to push — and perhaps even convince himself of — is incredibly convenient for someone who was literally in a group chat called "wirefraud."

And alas, in true SBF fashion, he's apparently not finished.

"I have a lot more to say," he concluded, surprising us all, "about why Alameda failed to hedge, what happened with FTX US, what led to the Chapter 11 process, S&C, and more. But at least this is a start."

(On that note, if we don't get SBF Substack Episode 2 in our inbox soon, we'll assume it's because his parents put him on time out from his devices.)

Read This Next
SBF'ed Up
Sam Bankman-Fried Was a Horrible Boss, Former Exec Says
Old School
FTX's New CEO Says Company Did "Old Fashioned Embezzlement"
Locked Up
Sam Bankman-Fried Arrested in Bahamas, Facing US Criminal Charges
Sometimes You Winkleviin, Sometimes You Winklevose
Former Employees Say Problems Were Obvious at the Winklevoss' Exchange Before It Paused Withdrawals
A Lesson in Digging Your Own Grave
An Interviewer Asked Sam Bankman-Fried If He'd Been Honest and His Answer Was Bizarre
More on Blocknik
Girlbosses
Feb 1 on the byte
"Cryptoqueen" Accused of Stealing Billions Suddenly Surfaces
Their Minds...
Jan 28 on the byte
Business Geniuses at Amazon Hard at Work on Hot New Idea: NFTs
Floored Apes
Jan 27 on the byte
Yuga Labs Says Its Bored Apes Are Absolutely Copyrighted, Thank You Very Much
READ MORE STORIES ABOUT / Blocknik
Keep up.
Subscribe to our daily newsletter to keep in touch with the subjects shaping our future.
+Social+Newsletter
TopicsAbout UsContact Us
Copyright ©, Camden Media Inc All Rights Reserved. See our User Agreement, Privacy Policy and Data Use Policy. The material on this site may not be reproduced, distributed, transmitted, cached or otherwise used, except with prior written permission of Futurism. Articles may contain affiliate links which enable us to share in the revenue of any purchases made.
Fonts by Typekit and Monotype.