The Spies Who Stung Me. 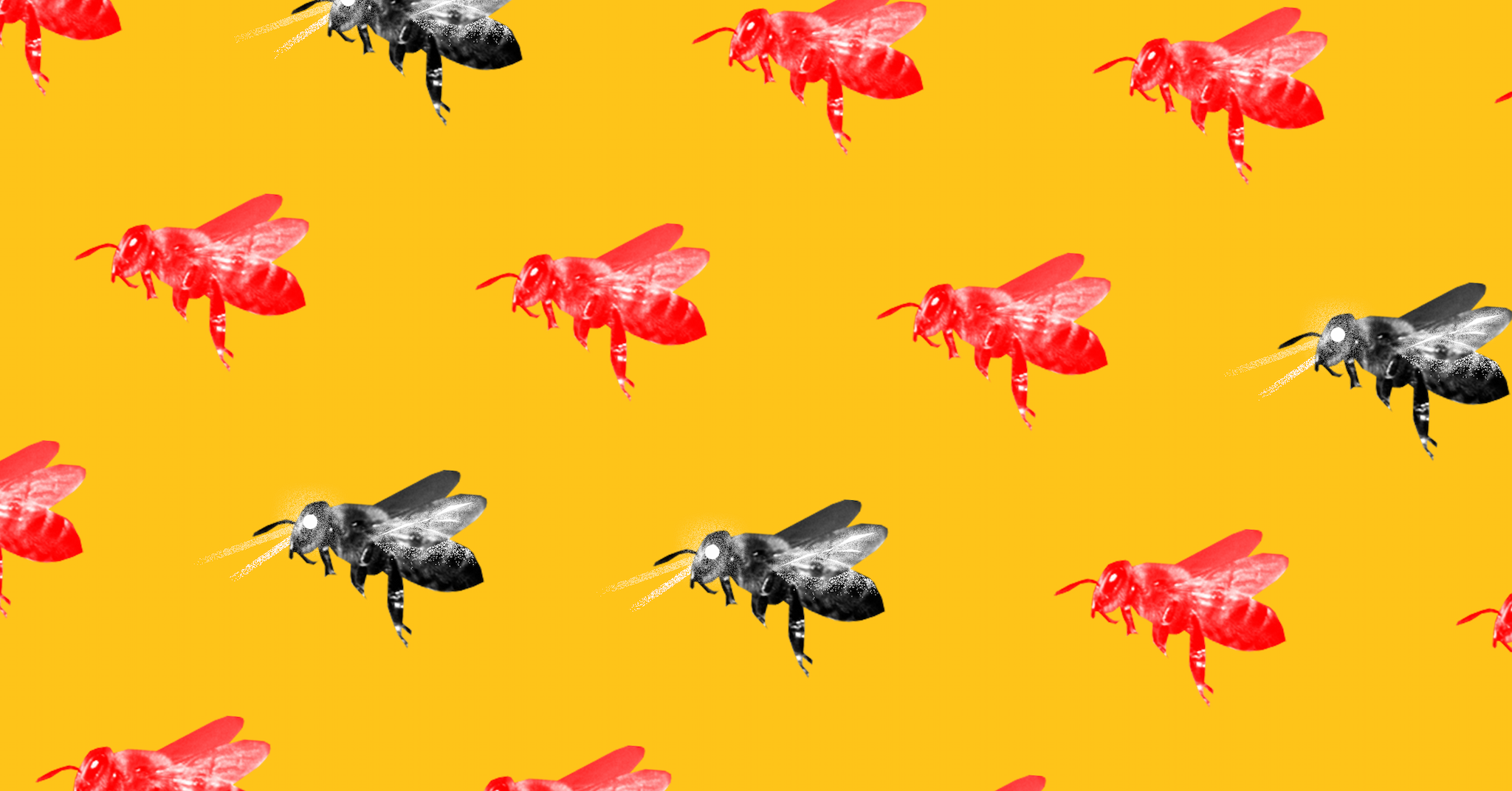 Right now, there are swarms of robots that are so good at blending into their surroundings that they have been unquestioningly accepted into society. Their mission? Learn how the organisms they’ve been sent to study operate and socialize, then use their new knowledge to steer the cultures they’ve infiltrated towards what their creators decide will be a better future.

Thankfully, this isn't about highly sophisticated androids seeking to destroy human society from the inside out (those don't yet exist... at least not as far as we know).

This month, a five-year European research initiative called FOCAS (Fundamentals of Collective Adaptive Systems) came to a close. The purpose of the study: to learn the ways that social animals communicate. To accomplish that goal, researchers made swarms of robots designed to fool bees and zebrafish that looked and acted enough like the real thing to take part in the animal’s society.

This means the researchers got an unprecedented look inside the literal hive-mind that is a honeybee colony, and may even be able to use these robots to steer the bees towards adaptation and survival as they face potential extinction.

These robots are the result of years and years of work in swarm robotics. It’s not enough to build a little drone that can do bees' characteristic waggle dance; the researchers needed to create a team of tiny bots that have a hive-mind of their own. They also needed to be able to move, act, and learn as a unit rather than a jumbled mess of machinery. For example, engineers from the University of Graz used artificial intelligence to evolve the robots' behavior to be more like that of real-life bees as the drones themselves became more sophisticated. They also got two robotic swarms to interact with each other, flying around as cohesive units without individuals flying off on their own, or crashing into one another.

All of these minor, incremental improvements were intended to progress the bots towards the ultimate goal: robo-spies so advanced that the real animals would accept, communicate with, and even follow them. After being plopped into a colony and acting like they belong there for long enough, the robots seem to pass as the real thing. While species-saving programs aren't in play quite yet, the team's work shows that real bees will go along with the robotic insect's programmed behavior, and the insider's perspective of a honeybee colony can help scientists understand exactly what environmental factors are putting pressure on bees and other animals.

The robotic Spies Who Stung Me could have more uses than simply keeping bees alive — they could also help manage livestock and agriculture. That may help explain Walmart heavily invested in and patented similar technology earlier this year.

While the idea of replacing dead honeybees with robotic pollinators is somehow both depressing and wildly impractical, these new swarms coming out of FOCAS can give us a much better idea of how animals like bees operate, and how best to help them survive as they face the prospect of their demise.

Read This Next
FROM THE DEPT. OF THINGS TO BUY
The Best Science Gifts of 2023
Thanks, but No Thanks
Oakland Police Want to Arm Robots With Shotguns, Because We Live in a Dystopian Nightmare
From the Dept. of Buying Things
Best Indoor Garden Systems of 2023
Unholy Diver
Terrifying Humanoid Diving Robot With "Human" Sense of Touch Explores Shipwreck
Drone Tanker News
The US Navy Just Used a Drone to Refuel a Fighter Jet in Midair
More on Robots & Machines
Robot Arm News
3:13 PM on the byte
European Space Agency Shows Off Concept for Martian Sample Picker-Upper
From the Dept. of...
12:00 AM on futurism
The Best Desk Lamps of 2023
Robot Ridicule
Yesterday on the byte
Hilarious Video Shows Boston Dynamics Robot Failing Horribly
READ MORE STORIES ABOUT / Robots & Machines
Keep up.
Subscribe to our daily newsletter to keep in touch with the subjects shaping our future.
+Social+Newsletter
TopicsAbout UsContact Us
Copyright ©, Camden Media Inc All Rights Reserved. See our User Agreement, Privacy Policy and Data Use Policy. The material on this site may not be reproduced, distributed, transmitted, cached or otherwise used, except with prior written permission of Futurism. Articles may contain affiliate links which enable us to share in the revenue of any purchases made.
Fonts by Typekit and Monotype.