These super-Earths are within their solar system’s habitable zone. 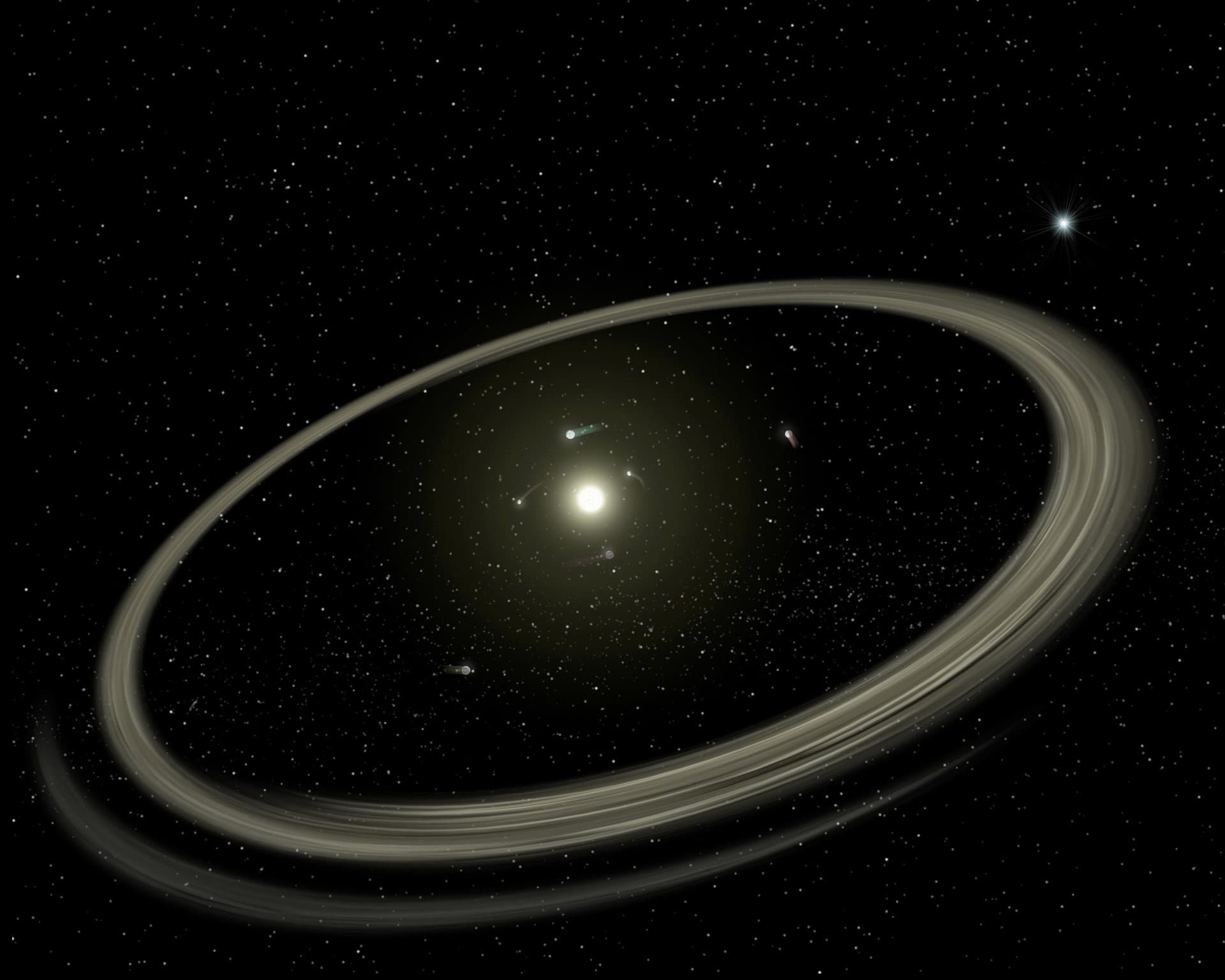 Not Far, Far Away

About 12 light years away from the Sun exists tau Ceti, the nearest Sun-like star from our solar system. This star supports a multi-planetary solar system that's been a point of focus for astronomers for some time, and now, an international team of researchers led by the University of Hertfordshire in the U.K. have revealed something new about the system: it may include four Earth-sized planets, two of which could be habitable.

The four Earth-like planets are the smallest orbiting around tau Ceti. One has an estimated mass of just 1.7 times that of the Earth, and two of the planets are super-Earths — exoplanets with masses between 1.5 and roughly 10 times Earth's mass — in the tau Ceti system's habitable zone. This could translate to the existence of liquid water on their surfaces.

The researchers discovered the four Earth-like exoplanets by observing wobbles in the movement of tau Ceti. "We’re slowly learning to tell the difference between wobbles caused by planets and those caused by stellar active surface," researcher Mikko Tuomi explained in a press release. "This enabled us to verify the existence of the two outer, potentially habitable, planets in the system."

The Hunt for Life

In the search for potentially habitable Earth-like exoplanets, those found orbiting Sun-like stars are good candidates. Tau Ceti closely resembles the Sun in terms of size and brightness, and it also has multiple planets around it, just like our Sun. Unfortunately, the presence of a massive debris disk around tau Ceti could mean the planets are constantly bombarded by asteroids and comets, lessening chances of habitability.

However, the researchers say the improved sensitivity of their observation techniques using the ESO's HARPS spectrograph and the Keck-HIRES in Hawaii is allowing them to better their chances of finding planets that will be habitable.

"We’re getting tantalizingly close to observing the correct limits required for detecting Earth-like planets," lead researcher Fabo Feng said in the press release. "Our detection of such weak wobbles is a milestone in the search for [Earth-like exoplanets] and the understanding of the Earth’s habitability through comparison with these."

As always, the search for habitable exoplanets will continue, and thanks to advancing tech, new discoveries are being made more frequently. In addition to this news from the University of Hertfordshire team, NASA has recently revealed data from the latest Kepler mission that identified 10 more Earth-like planets in other star systems. A team of international researchers has discovered a super-Earth 21 light years away, as well.

Eventually, one of these Earth-like planets could provide proof that we aren't alone in the universe or even act as our future home, an Earth 2.0 not entirely unlike humanity's point of origin.

Read This Next
Against All Odds
If the Readings Are Right, There's Something Very Strange About This Exoplanet
Snap
Scientists Just Took an Actual Picture of a Planet in Another Star System
A Bit On the Nose
An Earth-Sized Planet Is Floating Around Without a Star
Howdy Alien Neighbor
New Research: Closest Exoplanet to Earth Could Host Life
A New Home?
Astronomers Discover "Intriguing," Extremely Earth-Like Exoplanet
More on Hard Science
Warped Tour
Feb 2 on futurism
Professor Believes Door to Warp Drive May Lie With Ethylene Glycol
Sky Bursts
Feb 2 on the byte
Astronomers Intrigued by 25 Mysterious Repeating Radio Signals From Deep Space
Tractor Beam
Jan 26 on the byte
Scientists Build Working Tractor Beam, Although It's Comically Tiny
READ MORE STORIES ABOUT / Hard Science
Keep up.
Subscribe to our daily newsletter to keep in touch with the subjects shaping our future.
+Social+Newsletter
TopicsAbout UsContact Us
Copyright ©, Camden Media Inc All Rights Reserved. See our User Agreement, Privacy Policy and Data Use Policy. The material on this site may not be reproduced, distributed, transmitted, cached or otherwise used, except with prior written permission of Futurism. Articles may contain affiliate links which enable us to share in the revenue of any purchases made.
Fonts by Typekit and Monotype.