A New Smartphone is Launching—And It’s Only $4 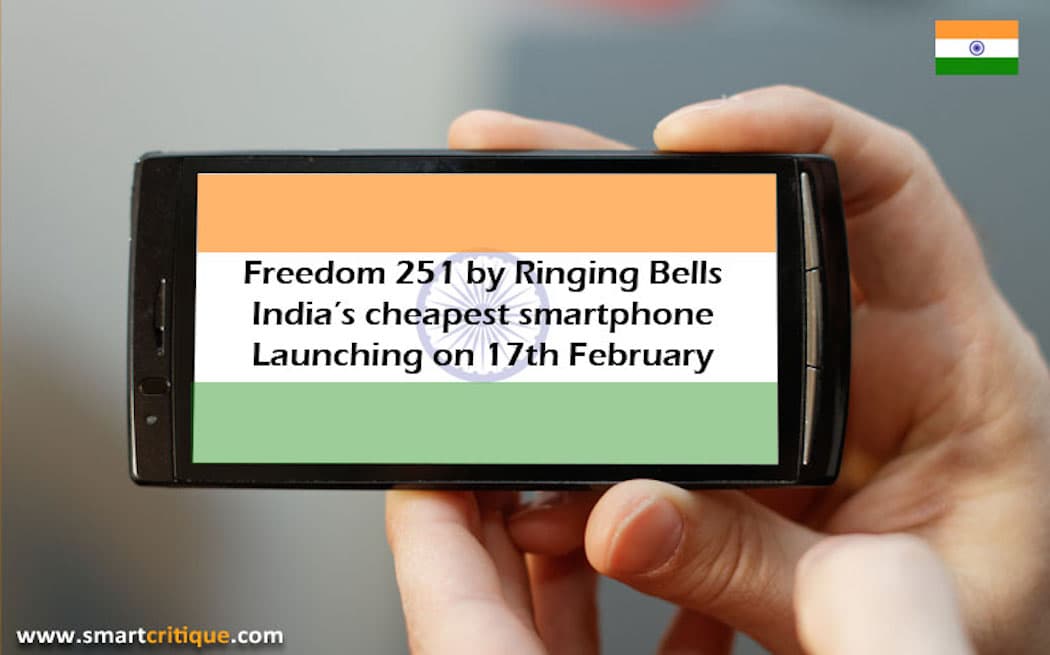 Despite the ubiquity of smartphones, you’d be hard pressed to find one that you could purchase with spare change. Yet Ringing Bells, a handset manufacturer from India, has managed to create one that’s only going to cost $4.

The device is called Freedom 251 and was just very recently unveiled. Specs aside, the most impressive thing about the Freedom 251 is, by far, its price. The pricing strategy and development of the technology was anchored on Narendra Modi’s intent to ‘empower India to the last person,’ and the smartphone was a way for central government to promote inclusivity among its constituents for its digital initiatives.

Similar initiatives following this thrust included the launch of the Askash tablet, a piece of technology made specifically for underprivileged students that was recently endorsed by the government. While the project wasn’t a success, mostly because of the quality concerns users experienced while using the tablet, these steps reveal the importance of how, in a world that is governed by the internet, all individuals nee to have secure access to the web.

Also of note, some have raised questions about the philanthropic nature of the project. As Nitin Pia puts it, "it is likely that one or more of the mobile operators are subsidising handsets. This is common practice in many countries, where you can buy the phone at a highly discounted price, but you are locked into the operator's post-paid plans. In other words, it's actually an instalment plan where your EMIs are implicitly part of your monthly bill. Could that be the case here?"

Still, sould Freedom 251 prove to be more successful than the Askash tablet, this could give India’s under-served communities access to the Internet, which in turn could open opportunities for information, communication, education, and new job opportunities.

Currently, known specifications of the device include a 4-inch display, a 1.3 GHz quad-core processor with 1GB of RAM, with 8GB of built-in storage (which can be expanded to 32GB with a microSD card.) The Freedom 251 runs on Android 5.1, is equipped with a front camera and a rear camera with 3.2MP. It runs on a 1450 mAh battery with 3G support. The phone also comes with one year warranty and owners can access 650 service centers for support around India.

Given the price, these specs are indeed impressive. And should the device handle itself as efficiently (or nearly as efficiently) as the other smartphones available in the market today, it could truly usher in a democratization of the information generation and dissemination to those at the base of the socio-economic pyramid.

Registration for orders are available at their website and begins February 18, 2016.

Read This Next
Futurism
Laser-Delivered Internet Could be a Game Changer for Millions of Indian Citizens
Futurism
A Robot That Will Replace Your Smartphone is Already in the Works
Futurism
Samsung's Galaxy S8 Will Be the World's First Phone With Bluetooth 5.0
Futurism
LG is Trying to Create a Phone with Screens on the Front and Back
Futurism
Could This Weird, Gelatinous Gadget be the Phone of the Future?
More on Robots & Machines
No Ethics
5:54 PM on the byte
San Francisco Cops Now Allowed to Use Robots to Kill People
FROM THE DEPT. OF...
Monday on futurism
The Best Over-Ear Headphones of 2022
FROM THE DEPT. OF...
Monday on futurism
The Best Studio Headphones of 2022
READ MORE STORIES ABOUT / Robots & Machines
Keep up.
Subscribe to our daily newsletter to keep in touch with the subjects shaping our future.
+Social+Newsletter
TopicsAbout UsContact Us
Copyright ©, Camden Media Inc All Rights Reserved. See our User Agreement, Privacy Policy and Data Use Policy. The material on this site may not be reproduced, distributed, transmitted, cached or otherwise used, except with prior written permission of Futurism. Articles may contain affiliate links which enable us to share in the revenue of any purchases made.
Fonts by Typekit and Monotype.