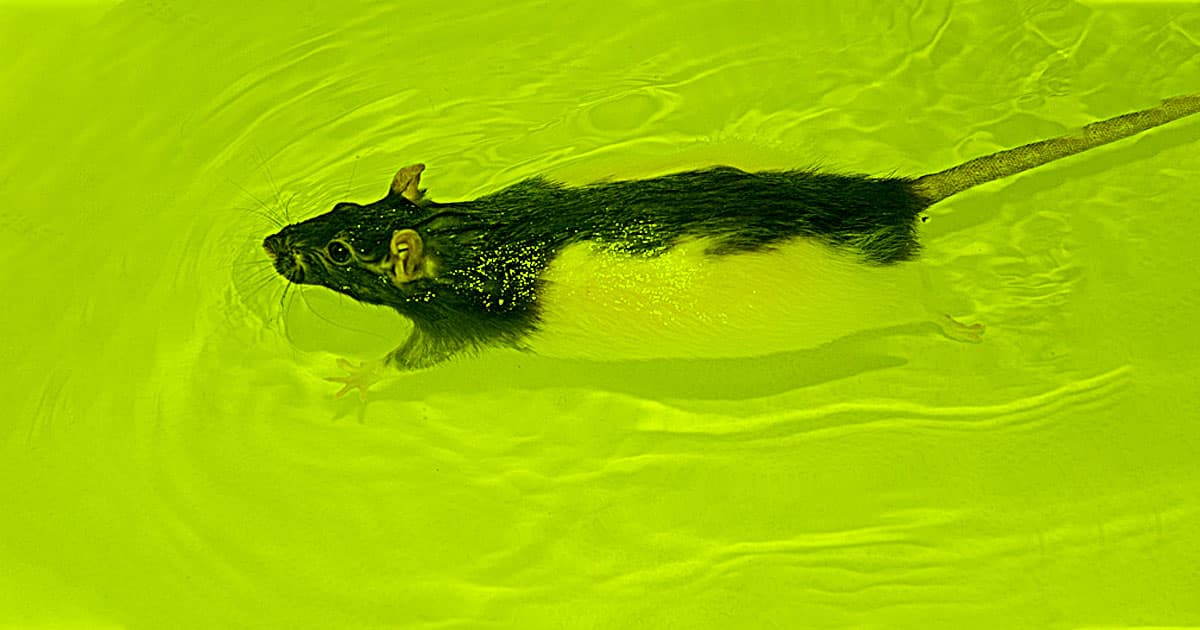 The biological and behavior characteristics of mice make them ideal models for many human diseases and disorders, from cancer to the flu. Today, the little rodents are such an intrinsic part of medical research that some have described them as "test tubes with tails."

However, using the animals to research depression has proven incredibly difficult. Scientists just don't have an effective way to tell when mice are depressed — and now, they're considering giving up a not-so-effective, highly controversial test that's been their best option for decades.

The forced-swim test is basically what it sounds like: a scientist drops a mouse into water, forcing it to swim to survive. The sooner the mouse gives up, the thinking goes, the more likely it's depressed.

That's the idea, anyways. But in reality, the oft-cited test is far from reliable, prompting some scientists to begin advocating for its shelving.

Earlier in July, the advocacy group People for the Ethical Treatment of Animals wrote a letter to the U.S. National Institute of Mental Health (NIMH), imploring the influential agency to do away with the forced-swim test.

But while NIMH Director Joshua Gordon acknowledged the test's shortcomings and said the institute is "discouraging" its use, he also told Nature that the test is still "crucial" for answering certain research questions — meaning mice will continue to be forced to swim for their lives for the foreseeable future.