"I just can't with the hypocrisy anymore." 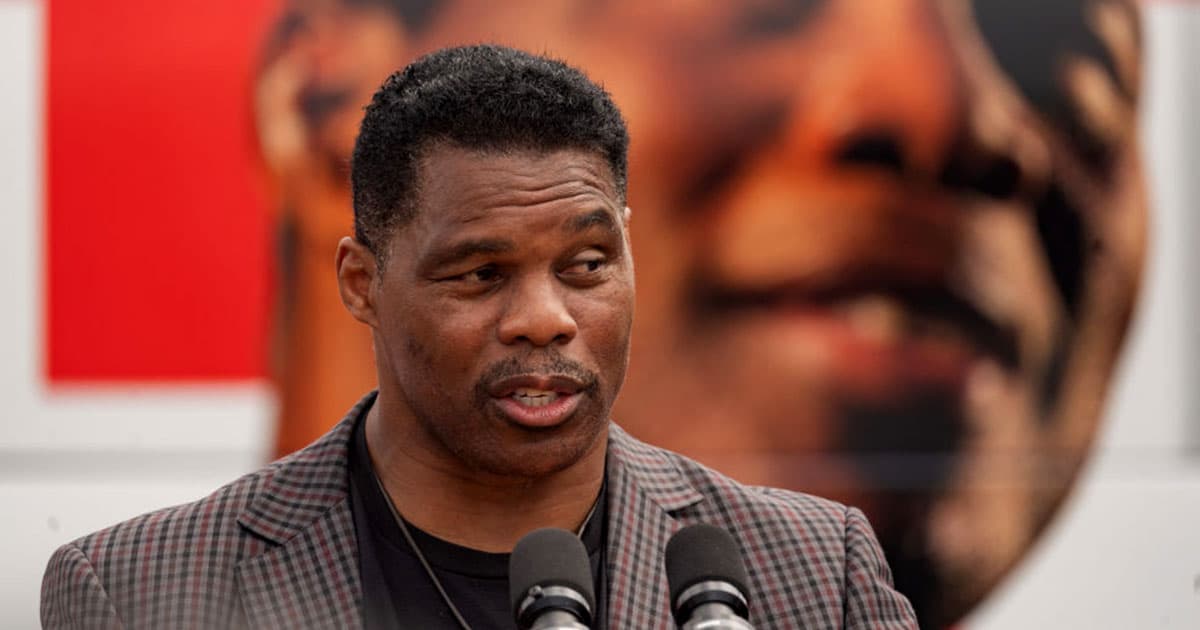 Herschel Walker, the former NFL running back currently vying for Georgia's Republican Senate seat, has loudly and often made hardline anti-abortion rhetoric central to his campaign. He's a "no exception" absolutist, meaning that he believes that all abortion is murder and should therefore be illegal, even in devastating cases of rape or incest. (Those, as he's said on at least one occasion, are just "excuses.")

This loud and proud abortion extremism has earned Walker an endorsement from the National Right to Life organization, which, upon the endorsement, professed that the former NFL star will be "a most effective champion for unborn babies and their mothers in Washington."

But they might want to rethink that draft pick, as Walker seemingly supports one very specific exception — sorry, "excuse" — for abortion. In a bombshell report by The Daily Beast this week, Walker's ex-girlfriend claims that back in 2009, he paid for her to undergo an abortion. And when we tell you she has receipts, we mean it. This woman showed up with witnesses, a check the football star had written, and a post-procedural Get Well card, complete with a note and his distinctive signature.

Drama has naturally ensued, as it should. It's wildly hypocritical for someone to bolster their Senate bid with the promise of robbing women of their right to choose, repeatedly declaring that even those pregnant by violence should be forced to carry their rapists' child, while covering up that they fully supported their partner's abortion because, as the woman says Walker told her, it just wasn't "the right time."

Of course, we could just say that "this man obviously just sucks" and be on our way. But Walker's alleged hypocrisy — which, we should add, he and his campaign have vehemently denied — speaks, in a big way, to the depth and urgency of abortion's politicization, and with that its separation from truth, science, and utility.

Abortion is healthcare. It saves lives, and trigger-law abortion bans — the crafting and enforcing of which have lacked meaningful care or comprehension — are already causing unnecessary breakdowns, trauma, and both expected and unexpected crises within our public health system. Women are being forced to carry doomed fetuses to term; a 10-year-old rape victim had to travel across state lines for an abortion; an ectopic pregnancy, which could have been resolved quickly, reportedly almost cost a woman her life. Elsewhere, pharmacies are restricting needed medicines, and patients are struggling to grapple with a confused, chaotic post-Roe healthcare reality.

As is made so strikingly clear by the would-be senator's story, the issue of abortion has become mostly about the rhetoric alone. When extremists compete to see whose soundbytes generate the most hysteria — well, that's a public health breakdown unto itself.

"To say that it is OK for a woman to kill her baby when [God] said 'Thou shall not kill.' And I said, you know, I can't, I can't square it," Walker said at a conservative Christian values roundtable this August, according to the Daily Beast. "I can't get around that."

Whether the former athlete's PR nightmare will be enough to keep him off the Senate floor — where Lindsay Graham's ultra-restrictive national abortion law is calling his name — remains to be seen. In the meantime, though, no one could possibly say it better than Walker's ex herself.

"I just can't with the hypocrisy anymore," the woman told the Daily Beast. "We all deserve better."