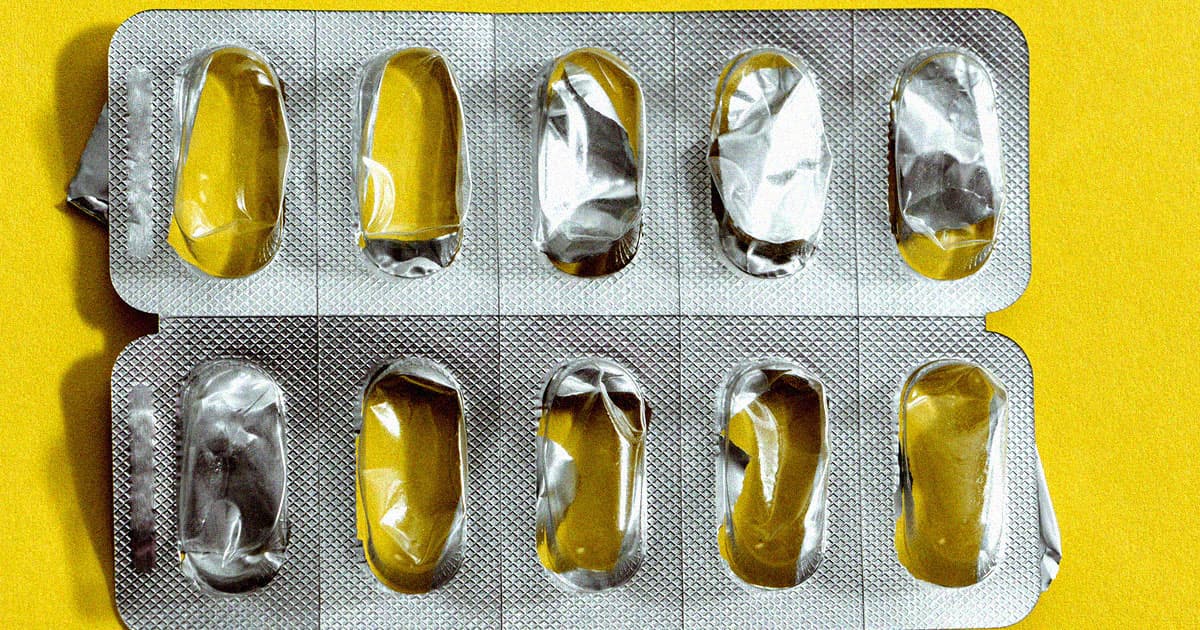 Methotrexate is a versatile immunosuppressant, used to manage a number of inflammatory, painful conditions.

But it can also be used to end an ectopic pregnancy or induce abortion, and a number of states with heavily restrictive post-Roe trigger laws have forbade its prescription at all — which is why a 14-year-old girl in Tucson, Arizona, who uses the life-saving prescription to manage her otherwise debilitating rheumatoid arthritis and osteoporosis, was recently denied her regular refill by an area Walgreens.

"As a mother who has had to deal with my child being very ill most of her life, I was scared, I was really worried," the teen's mother, Kaitlin Preble, told local outlet KOLD News 13, which first reported the story. "I was shaking. I was in tears. I didn’t know what to do."

"It's her first year and she's in high school and it feels like a dream," Preble continued. "She's not in a wheelchair, she has a social life and friends for the first time and a life all young people should have."

Though the outlet notes that Walgreens ultimately conceded and prescribed the medication a day later, the Preble family's grim tale is hardly rare. Per a report from Vice, this is happening a lot — over the weekend, another Tucson parent took to Twitter to share a strikingly similar story, noting that her child had the same experience.

"Tucson here, too. Daughter on methotrexate till they decided not to fill her prescription yesterday," the concerned parent wrote in the post. "She is in her 'childbearing' years. We are freaking out."

The experience is becoming so commonplace that back in July, the American College of Rheumatology even issued an urgent message to pharmacists and lawmakers nationwide, begging them to allow patients to refill this oft-prescribed, necessary medication.

"Methotrexate is one of the most widely used and inexpensive medications for a variety of inflammatory rheumatic diseases," they urged, adding that the drug "must remain accessible to people with rheumatic diseases, and legal safeguards must protect rheumatology professionals, pharmacists, and patients from potential legal penalties."

For their part, Walgreens provided Vice with a solidly lukewarm excuse for their corporate failure to ensure that life-saving methotrexate is available to the swaths of people — many of them minors — who need it. On that note, feels like a good time to mention that Walgreens has donated upwards of about $96,000 to trigger law-backing politicians in seven states, according to an Insider report.

"Trigger laws in various states require additional steps for dispensing certain prescriptions and apply to all pharmacies, including Walgreens. In these states, our pharmacists work closely with prescribers as needed, to fill lawful, clinically appropriate prescriptions," Walgreens told Vice in an email. "We provide ongoing training and information to help our pharmacists understand the latest requirements in their area, and with these supports, the expectation is they are empowered to fill lawful, clinically appropriate prescriptions."

While the Preble family was eventually able to get their hands on the illness-managing methotrexate, that doesn't exactly seem like a future guarantee — not for them, and certainly not for the many others who need it.

And as current and future availability of the drug remains unclear in abortion-restrictive states, the confusion and chaos that its restriction is causing will only continue to grow, in yet another clear example showing how complicated abortion really is, and how many people are really hurt by under-thought blanket restrictions.