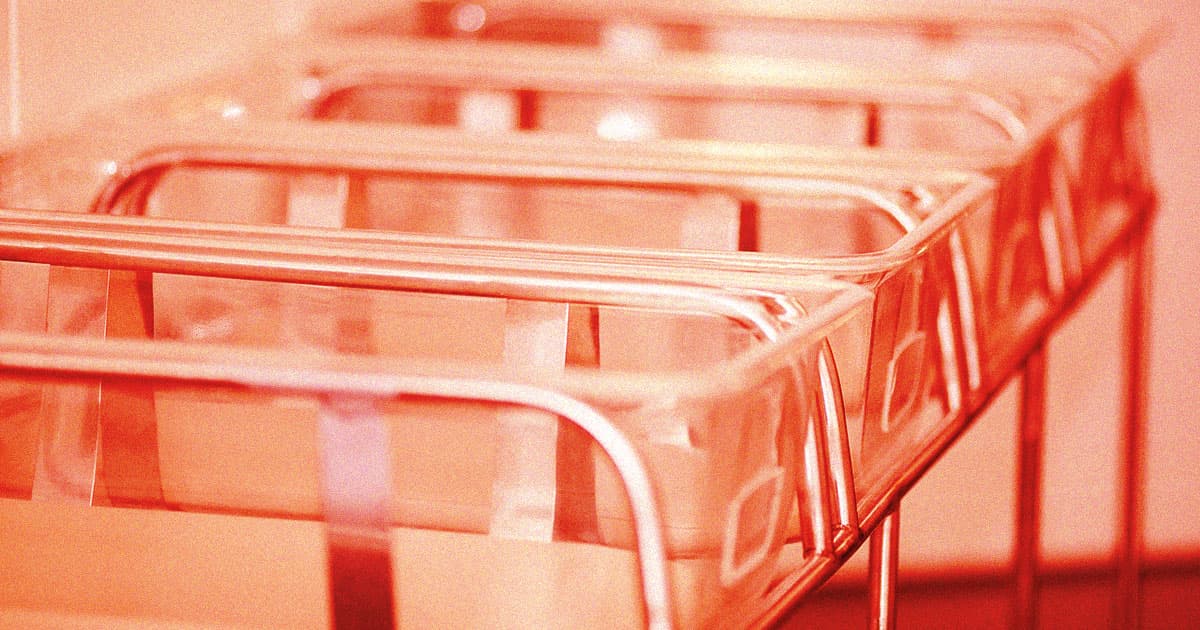 The realities of post-Roe America get darker every day. In Baton Rouge, Louisiana, local outlet WAFB9 reports that a mother of one has been denied access to abortion, despite the fact that her pregnancy is nonviable — the fetus, tragically, has been diagnosed with a fatal condition called acrania, a rare disorder that means that it can't grow a skull.

Nancy Davis, the mother, explained to the outlet that she and her boyfriend were excited about the pregnancy. Sadly, however, at 10 weeks, the baby's first ultrasound revealed that the fetus had no skull, nor even the top of its head. If Davis were to carry the fetus to term, the child would die within hours, or even just minutes, after birth.

Davis chose to seek abortion care. But Louisiana — a trigger law state — has moved to pass some of the nation's strictest abortion laws in the months since Roe vs. Wade's Supreme Court Law reversal. In a terrible illustration of the toll of the Roe reversal, Davis' request was denied. The state's reasoning? The fetus' condition technically possesses no imminent risk of maternal death, and acrania somehow isn't on the state's list of abortion-qualifying fetal conditions.

In other words, in a meaningful way, Davis' control of her own body and medical decisions has been ceded to ultra-conservative authorities.

She must now make a devastating choice: travel hundreds of miles to another state, where she may also be denied access, or carry the doomed child to term. And as Louisiana is essentially trapped in abortion no man's land, surrounded by states with equally or somewhat equally restrictive abortion laws, Davis is quickly running out of time to make the decision.

Perhaps most heartbreaking, though, is the fact that Davis' case is hardly an outlier. Just last month, for example, another Louisiana woman was forced to endure a "painful, hours-long labor to deliver a nonviable fetus, despite her wishes," as the woman's doctor explained in a court document. The patient's water broke at 16 weeks, and while pre-Roe the physician could have provided proper care by performing something called a D&E procedure, she was forced to unnecessarily — and at grave risk to the mother — induce birth. (Here, it's also worth noting that Louisiana has criminalized abortion for doctors as well as patients — physicians in the state have been threatened with up to 15 years in prison for providing illegal abortion procedures.)

"She was screaming — not from pain, but from the emotional trauma she was experiencing," the doctor's legal account continued, explaining that as a result of the forced labor, the woman hemorrhaged and lost close to a liter of blood.

"There is absolutely no medical basis for my patient, or any patient in this state," they added, "to experience anything like this."

And that's just Louisiana. In Ohio, a 10-year-old girl was forced to travel across state lines to receive abortion care after being raped. Yesterday in Florida, a 16-year-old orphan was denied an abortion on grounds that she's not "sufficiently mature" enough to decided what is or isn't best for her body, or for her life, or for the life of a would-be forced child.

Post-Roe American pregnancy care is bleak. Each of these cases are unique in their trauma, and together show the complexity and variance of how these horrific abortion restrictions play out in real life. But even so, we shouldn't need accounts of anyone's suffering to make clear that abortion, simply and necessarily, is healthcare.