Five Coronavirus Variants That You Should Know About

Here's what we know about the main COVID strains — and whether the vaccines can beat them. 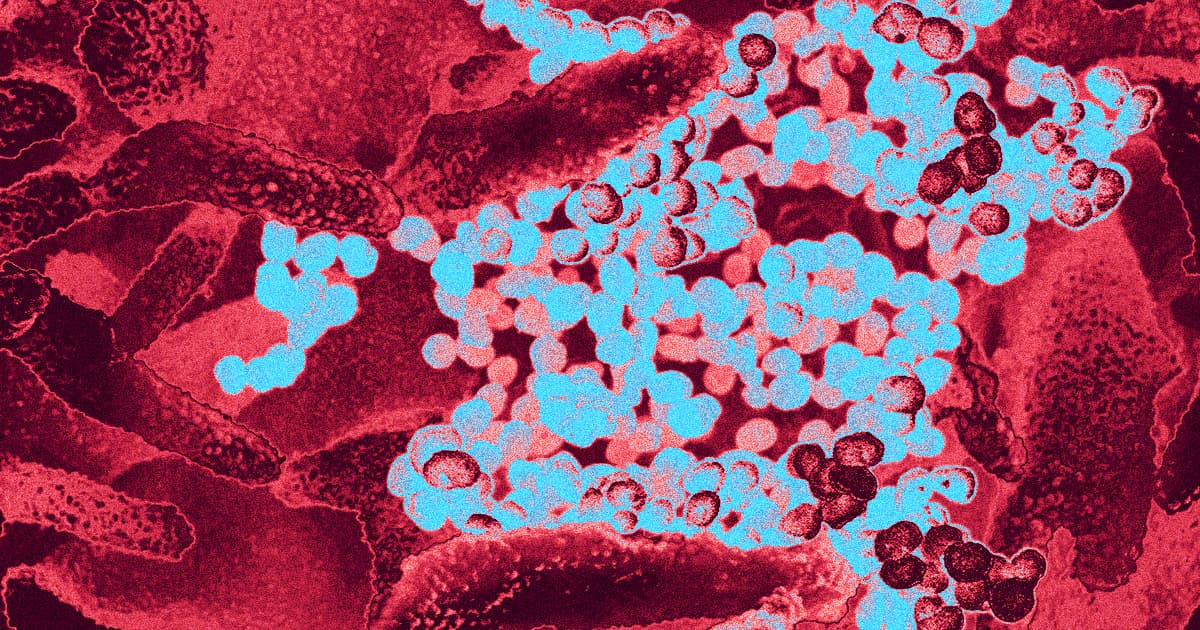 For the first few months of the pandemic, it seemed like SARS-Cov-2, which is the coronavirus that causes COVID-19, wasn't really mutating into new variants.

At the time, that was a relief. It's easier to treat a disease — or protect against it — when it's not evolving into new versions of itself the whole time. That quickly changed, though, as scientists started to notice genetic changes.

Now there are several coronavirus variants spreading throughout the world. Though they evolved independently, several share specific mutations that make them more infectious and potentially more dangerous. Some have already even replaced the original coronavirus as the dominant variants in some areas and countries.

Here's a quick roundup of the main coronavirus strains that you should know about, what's different about them, and whether they pose a threat to the ongoing effort to vaccinate as many people as possible.

There are some less-common variants that didn't make the cut, like the variants COH.20G/501Y and COH.20G/677H that were first spotted in Columbus, Ohio. That's only because they're currently less prevalent — and there isn't yet much data available to discuss.

Where it was discovered: B.1.1.7 was first spotted in the UK in December 2020, when scientists sequenced samples that had been gathered in September. Since then, it's become the most common strain in the UK.

Where it's currently spreading: The variant quickly throughout the world and has been detected at varying levels in 94 countries, including most US states.

The important mutations: B.1.1.7 is characterized by a few key mutations. The most important is a deletion at positions 69 and 70 in the viral genome which changes the shape of the spike proteins dotting the surface of the virus.

What that means: The altered spike proteins appear to make the B.1.1.7 variant more infectious. Data suggests that the variant is 30 to 80 percent more transmissible than the original coronavirus, meaning it more readily spreads among new hosts. Preliminary research suggests that B.1.1.7 is also deadlier, or at least can cause more severe cases of COVID.

What this means for vaccinations: So far, not much. There's no robust data suggesting that the vaccines currently in use will have any additional trouble protecting you from B.1.1.7.

Where it was discovered: This one was first detected in Nelson Mandela Bay, South Africa, back in October 2020.

Where it's currently spreading: Like the UK variant, B.1.351 has infected much of the world. So far it's been detected in 48 countries, primarily in North America, Europe, and around southern Africa.

The important mutations: The South Africa variant has eight mutations in its spike proteins, but only three of them seem important, according to the CDC. Notably, the 69/70 deletion found in the UK variant didn't happen here.

What that means: Like the UK variant, B.1.351 seems to be more infectious. However, it doesn't seem to increase the severity of the symptoms it causes. Some preliminary research indicated that its spike protein adaptations, specifically the E484K mutation, may also negate antibody protections or help the virus avoid detection by the immune system, raising the possibility that the variant could reinfect people who already caught and survived a different coronavirus strain.

What it means for vaccines: In theory, a coronavirus that can evade the immune response might also be able to infect people who have been vaccinated, but that's largely speculative for now. Thankfully, a preprint study showed that the Pfizer vaccine appears to protect against the South African variant, but perhaps not as robustly as it blocks the original coronavirus.

Where it was discovered: This variant was discovered on January 6, 2021, when four travelers from Brazil arrived at an airport near Tokyo and tested positive. As a result, officials made the reasonable assumption that it had already been spreading in Brazil, where it's currently causing a massive outbreak in the city of Manaus.

Where it's currently spreading: The P.1 variant has been spotted in 25 countries and several US states. In particular, it has officials in the UK on high alert as they try to nip an outbreak in the bud.

The important mutations: There are actually two subvariants that of the Brazil variant, known as 28-AM-1 and 28-AM-2. So far, they seem to be the same from a functional standpoint. The most important mutations — K417T, E484K, and N501Y — are shared across both subvariants, all found in the part of the spike protein that specifically binds to receptors on new host cells, according to the CDC.

What that means: It's not great. These mutations seem to be able to negate natural antibodies from prior SARS-CoV-2 infections. That means that this variant may well infect people who have already caught and recovered from a different strain of the coronavirus. However, this is based on preliminary studies that haven't been fully verified, and more work needs to happen before anyone can make a sweeping declaration in that regard.

What it means for vaccines: There's a chance that P.1 can infect people even when they've been vaccinated, but that's based on preprint research that still needs to be verified.

Where it was discovered: CAL.20C first emerged in Los Angeles, California. But it wasn't seen again until September, and it didn't really take off as an outbreak until November.

Where it's currently spreading: For a while, the Los Angeles variant stayed put in Southern California. Now it can be found in multiple US states and 17 other countries.

The important mutations: There are a few unique mutations, but the L452R and W152C mutations seem to impact the spike protein similarly to other variants' mutations.

What that means: Preliminary data suggests that the spike protein mutations make the variant more easily transmissible and increase its affinity — its "stickiness" — for new host cells.

What that means for vaccines: To be frank, it's way too soon to tell.

Name: Cluster 5, also known as ΔFVI-spike. You might know it as the mink variant from Denmark.

Where it was discovered: Minks in Denmark first infected humans with this variant in September 2020.

Where it's currently spreading: In a rare but gruesome success story, perhaps nowhere! The variant was declared likely extinct in November.

The important mutations: Just like the UK variant, the mink strain had a mutation at positions 69 and 70, as well as a handful of others.

What that means: This strain may, perhaps, be less sensitive to antibodies, decreasing our immune system's ability to fight off potential reinfections.

What that means for vaccines: Maybe the vaccines would be a little bit less effective. Unless this strain suddenly re-emerges, though, we may never need to worry about it.

9.22.22
Study Suggests That This Particular Exercise May Boost Memory
9.21.22 Developments
FDA Warns Americans to Stop Cooking Chicken in NyQuil
9.11.22 Cancer
Young People Are Getting Way More Cancer Than Old People Did
9.08.22 Developments
Nobody Is Sure What Queen Elizabeth II Died From
9.02.22 Neuroscience/Brain Science
Pot Smokers Not More Likely to Be Apathetic or Lazy, Scientists Find

9.22.22
NASA Reportedly Concerned That Astronauts Will Get Pregnant in Space
And there's a good reason for that.
By Noor Al-Sibai / Read More >>
9.21.22 Neuroscience/Brain Science
Steroid Use Linked to a Bunch of Very Bad Brain Problems
Uh, that's not good.
By Maggie Harrison / Read More >>
9.20.22 Developments
Biden Really Screwed Up When He Said the "Pandemic Is Over"
This is a public health messaging failure.
By Maggie Harrison / Read More >>
Keep up.
Subscribe to our daily newsletter to keep in touch with the subjects shaping our future.
+Social+Newsletter
TopicsAbout UsContact Us
Copyright ©, Camden Media Inc All Rights Reserved. See our User Agreement, Privacy Policy and Data Use Policy. The material on this site may not be reproduced, distributed, transmitted, cached or otherwise used, except with prior written permission of Futurism. Articles may contain affiliate links which enable us to share in the revenue of any purchases made.
Fonts by Typekit and Monotype.