A colossal telescope will observe the formation of stars — from 24 miles above Antarctica. 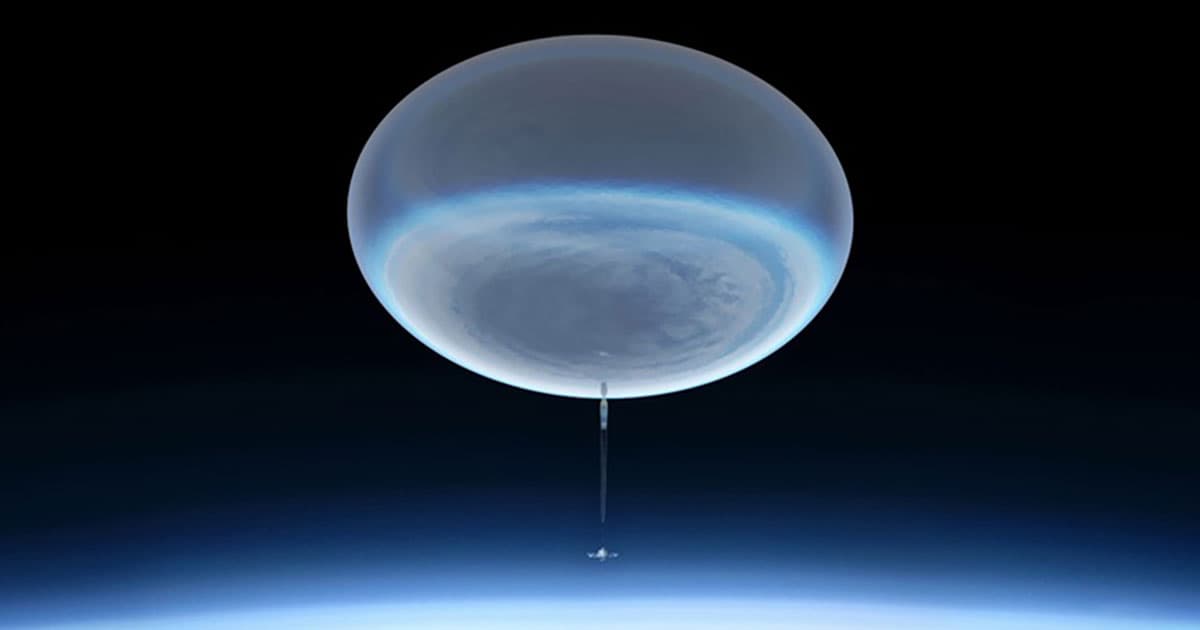 NASA is planning to watch newborn stars from high up in the Earth's atmosphere, using a gigantic football stadium-sized balloon.

The plan is for a 400-foot wide balloon to float over Antarctica for about three weeks at an altitude of around 24.6 miles (40 kilometers) — well below the internationally agreed-upon edge of space, but high enough to observe far-infrared light that's blocked by Earth's thick atmosphere.

"With ASTHROS, we're aiming to do astrophysics observations that have never been attempted before," he added. "The mission will pave the way for future space missions by testing new technologies and providing training for the next generation of engineers and scientists."

By observing far-infrared light, the team is hoping to measure the motion and speed of gas clouds surrounding newly-formed stars. The goal will be to create detailed 3D maps of how these gas clouds move and how they affect or impede the formation of new stars.

JPL is planning to integrate and test the 8.4 foot telescope, its science instrument, as well as other electronic systems in early August. These systems will hang underneath the massive balloon tucked inside a gondola.

If all goes according to plan, the team hopes to have the balloon circle around the South Pole three times over three to four weeks, carried on by wind currents. A parachute will then help the gondola come back to the ground for recovery.

More on high-altitude balloons: Startup Says It'll Launch You Into the Stratosphere on a Balloon

Read This Next
From the Dept. of Things to Buy
Review: The "Out of This World Cook Book" Chronicles the Early Meals of the Space Age
Overloaded
Whiny Space Tourists Say They Were Too Busy on the Space Station
The Moonian
Senior NASA Official Fears Getting "Stuck" on the Moon
Space Sick
Space Is Wreaking Havoc on Astronauts' Blood
Slip Sliding Away
NASA's Absurdly Expensive SLS Megarocket Is Broken Again
More on Sci-Fi Visions
Human v. Giraffe
Tuesday on the byte
Chaotic Italian Fashion Line Baffles Facial Recognition Software
Step One
Tuesday on the byte
World’s Third Richest Person Says He’s Developed "Addiction" to ChatGPT
FROM THE DEPT. OF...
Tuesday on futurism
The Best Places to Buy A Laptop in 2023
READ MORE STORIES ABOUT / Sci-Fi Visions
Keep up.
Subscribe to our daily newsletter to keep in touch with the subjects shaping our future.
+Social+Newsletter
TopicsAbout UsContact Us
Copyright ©, Camden Media Inc All Rights Reserved. See our User Agreement, Privacy Policy and Data Use Policy. The material on this site may not be reproduced, distributed, transmitted, cached or otherwise used, except with prior written permission of Futurism. Articles may contain affiliate links which enable us to share in the revenue of any purchases made.
Fonts by Typekit and Monotype.