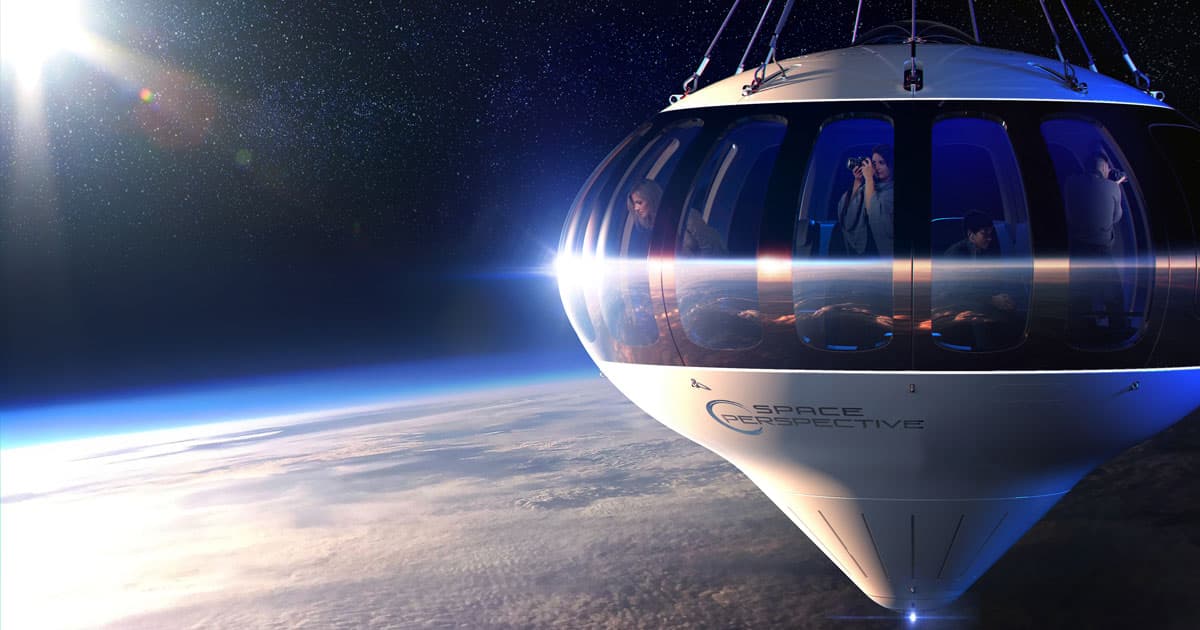 Startup Says It'll Launch You Into the Stratosphere on a Balloon

It's an ambitious concept: a balloon will hoist a capsule called Spaceship Neptune to an altitude of 100,000 feet, roughly three times the cruising altitude of commercial airlines, or "the edge of space" according to the company. A ticket will go for $75,000.

But is it really the actual edge of space? 100,000 feet falls far short from what is considered outer space. The "Kármán line" lies at an altitude of 100 kilometers (62 miles) above sea level. 100,000 feet, or 30 kilometers, lies within the Earth's stratosphere, a primary layer of the atmosphere. Weather balloons can fly at higher altitudes.

That doesn't mean the views won't be spectacular. From such an altitude, customers will be able to see the curvature of the Earth and above the troposphere, the bubble of air that allows life on Earth to exist.

"It will have the best view of any loo in the world," Poynter told GeekWire.

Space Perspective has already signed a lease with spaceport authorities in Florida. Operations could begin at NASA's Kennedy Space Center, but first flights are still several years out.

China's Futuristic Balloon Will Send Tourists To The Edge of Space
9. 9. 16
Read More
Crust Punk
Scientists Discover Molten Hell Zone Beneath Earth's Tectonic Plates
3:02 PM
Read More
His Power
Scientists Develop Compound That Kills So Efficiently They Named It After Keanu Reeves
Yesterday
Read More
+Social+Newsletter
TopicsAbout UsContact Us
Copyright ©, Camden Media Inc All Rights Reserved. See our User Agreement, Privacy Policy and Data Use Policy. The material on this site may not be reproduced, distributed, transmitted, cached or otherwise used, except with prior written permission of Futurism. Articles may contain affiliate links which enable us to share in the revenue of any purchases made.
Fonts by Typekit and Monotype.